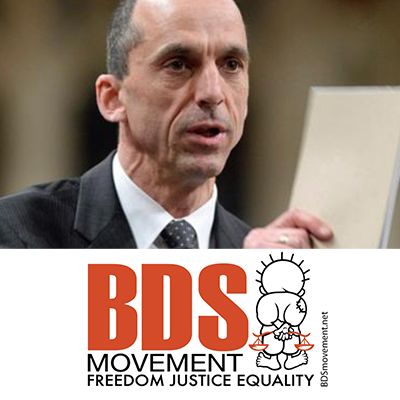 On May 11, CBC published an article by Neil Macdonald revealing that the Canadian government is considering using hate speech laws to target BDS activists and silence criticism of Israel.

Palestine-solidarity activists in Canada expressed their outrage over this revelation and accused the government of attempting to stifle free-speech in Canada. Among the first Palestine-solidarity groups to react to this news was the Independent Jewish Voices - Canada who launched an online campaign asking people to condemn the Canadian government.

To learn more about this new revelation and what does it mean for BDS activists, we talked to Tyler Levitan, BDS activist and spokesperson of Independent Jewish Voices – Canada.

In 2005, Palestinian civil society issued a call for a campaign of boycotts, divestment and sanctions (BDS) against Israel until it complies with international law and Palestinian rights. The campaign for boycotts, divestment and sanctions (BDS) is shaped by a rights-based approach and highlights the three broad sections of the Palestinian people: the refugees, those under military occupation in the West Bank and Gaza Strip, and Palestinians in Israel. The call urges various forms of boycott against Israel until it meets its obligations under international law.

This interview was conducted by Sawssan Kaddoura