CKUT Off the Hour: Getting the Legal Perspective on "Robocalls"

CKUT Off the Hour: Getting the Legal Perspective on "Robocalls" 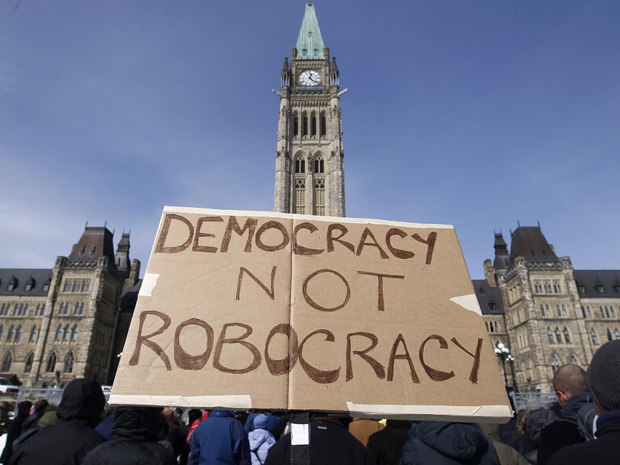 There have been over 700 reports of people in 31 different ridings receiving frodulant calls on federal election day last May, with a recorded message stating that their polling station had been changed only for them to have gone to the reported new location to find that there was no polling station. The allegation is that non-conservative supporters were targeted, to be detoured from voting. CKUT news intern Liz Fox spoke with Toronto-based lawyer and university professor Peter Rosenthal about the legal issues regarding the robocalls that the Harper government has been accused of.