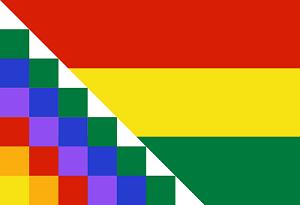 Indigenous protesters in Bolivia stand up to Canadian mining company. South American Silver Corporation is being nationalized by the Bolivian government. The corporation first gained rights to mine in the highland area north of the department of Potosi. The area is known as Mallku Khota and close to 50 indigenous communities hold territorial rights guaranteed in the new political constitution in Bolivia. There has been 16 million dollars invested in the mine that was projected to give large amounts of both silver and indium. Indium is a rare metal whose price has skyrocketed over the past few years because it is an essential element in cell phones and other electronics. Tensions grew to the point of hostages being held near the mining site, pushing the indigenous-led Bolivia President Evo Morales to reverse his support for the mine.