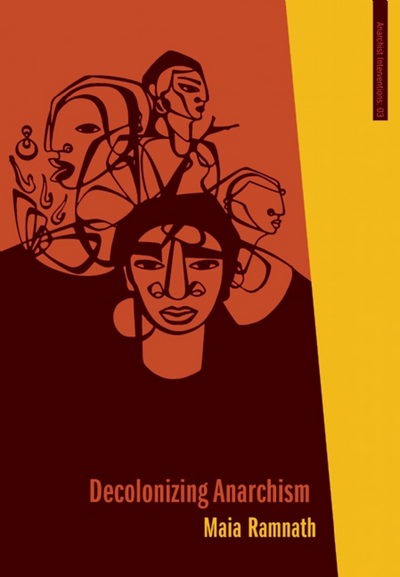 Maia Ramnath is an author and anarchist activist based in New York City. Her latest book is called "Decolonizing Anarchism: An anti-authoritarian history of India's liberation struggle", published by AK Press. From the book's website, "Decolonizing Anarchism examines the history of South Asian struggles against colonialism and neocolonialism, highlighting lesser-known dissidents as well as iconic figures. What emerges is an alternate narrative of decolonization, in which liberation is not defined by the achievement of a nation-state". In this interview, Ramnath discusses how her book fills a double purpose - relating a history of South Asian social movements, as well as reflecting on lessons for anarchists or anti-authoritarian activists in North America towards building active solidarities with these movements. In particular, she reflects on current struggles in India in Indigenous or Adivasi communities who are fighting against mining, land grabs, and Indian state power in general.

In the author's own words, "Decolonization is bigger than the formation of a nation-state, so thinking about anti-colonialism can't be thinking about nationalism".

Maia Ramnath is a teacher, writer, activist, and dancer/aerialist living in New York City. She is the author of The Haj to Utopia: How the Ghadar Movement Charted Global Radicalism and Attempted to Overthrow the British Empire—in many ways a companion volume to this one. She is currently a member of the Institute for Anarchist Studies board and Historians against War steering committee.

This interview was produced by Aaron Lakoff for CKUT community radio in Montreal.
Info:
aaron.resist.ca

For more information, or to order the book, visit: http://www.akpress.org/2011/items/decolonizinganarchism