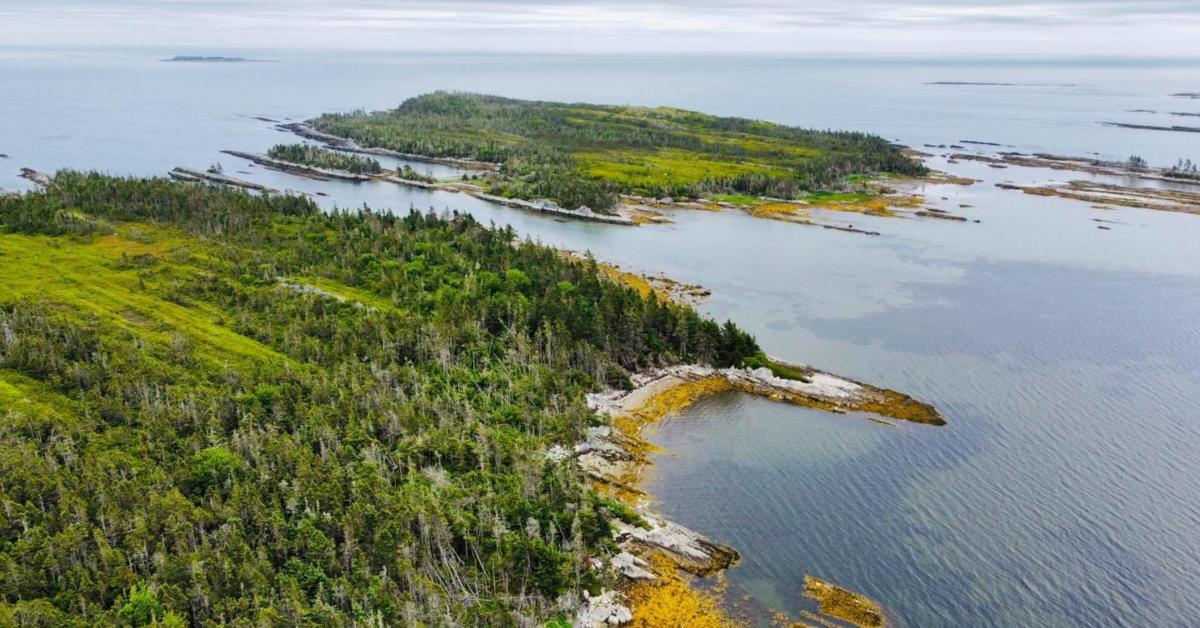 Christopher Trider is a landscape architect in Nova Scotia and a former provincial civil servant with experiencing in planning provincial parks. He is also a member of a grassroots group called Save Owls Head Provincial Park, which is doing its best to intervene in the fate of a small piece of land on Nova Scotia’s eastern shore, next to the town of Little Harbour. Scott Neigh interviews Trider about the land, the secretive moves by the provincial government and a property developer that have put it at risk, and the campaign to preserve it.

Though not yet a fully-fledged provincial park, this particular piece of land – which is among the relatively small proportion of Nova Scotia coast left in public hands – has been part of various proposals, plans, and designations for conservation for at least the last 45 years. Most recently, it was identified in the province’s 2013 Our Parks and Protected Areas Plan, which was developed through extensive consultation with residents, environmental groups, the private sector, and the Assembly of Nova Scotia Mi’kmaq Chiefs.

Owls Head is a rugged and largely undisturbed coastal headland, characterized by rock ridges, bogs, and barrens. While somewhat spartan in appearance, the land is home to considerable biodiversity. This includes a globally rare plant community (featuring coastal broom crowberry), bird habitat for at least 90 species (including for the endangered piping plover), and rich eelgrass and rockweed beds offshore.

In December 2019, the CBC reported that in the wake of years of lobbying by a US-based property developer, the provincial government – quietly, with no public consultation or notification – removed the designation from Owls Head and signed a letter-of-offer to sell it. The developer wants to build up to three luxury golf courses on the property.

Save Owls Head Provincial Park started off as a Facebook group created by Sidney McKay in response to that CBC story. She grew up in Little Harbour and still lives nearby, and for years she had watched with concern as that very same developer bought up local properties.

As for Trider, he got involved because his past employment meant he was well aware of what the process around protected land was supposed to look like, and he was infuriated by how the government had “crossed the line” in this case. He said, “It just, you know, smelled so bad.”

The group’s early activities involved a lot of learning, and a lot of sharing of information. Proponents of the development circulated what Trider describes as “misinformation” that contributed to sharp divisions among local residents, and the group worked hard to counter that.

They built a website and a strong social media presence. Individuals and small groups of members engaged in all manner of creative action to lobby, advocate, and spread the word. They developed relationships with local, provincial, and national environmental organizations, which spoke out in support. They ran email campaigns and other online efforts to pressure politicians, and distributed signs and stickers for people to show their support. They also did their best to build relationships with both Mi’kmaq governments and grassroots people.

In 2020, biologist Bob Bancroft and the Eastern Shore Forest Watch Association launched a court challenge to the de-listing. A judicial decision released this summer indicated that while aspects of the government’s conduct were “troubling,” it would not block the deal because the decision to de-list and sell the property was fundamentally within the government’s power. It encouraged Nova Scotians opposed to the sale to seek a political solution.

And, indeed, many members of Save Owls Head Provincial Park were very active in raising the issue during this summer’s provincial election campaign. The push to save Owls Head was, of course, just one issue among many during the election so it is hard to assess what role it played. But both the Liberal government and the local Liberal MLA who had so strongly supported the development went down to defeat.

The new Conservative government of Premier Tim Houston has not yet said what action it will take on the issue. Trider said the group is giving the new government some breathing room to review the facts. But, he said, “If they side with the developer and with this deal, and they do not at the very least have some kind of independent, transparent review of this proposal, then we will be back in the streets.”

Image: Taken by the Canadian Parks and Wildness Society, Nova Scotia Chapter, and used with permission of Save Owls Head Provincial Park.