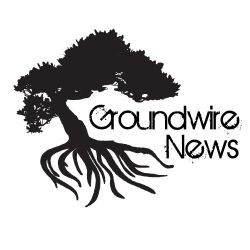 The stories that we featured on the show were collected over the course of the year. See below for a list of stories, airdates, and download links.

Stories about pipelines were by Michael Welch, Nicky Young, and Jay Peachy.

And the stories by missing and murdered Indigenous women were by Meghan Murphy, Ophira Horwitz, and Jessie Wins.

We thank Ed von Aderkas, Jason Armstrong, and Jay Jackson for their feedback. And we thank Tom again for staying up late to produce this episode.

We erroneously say that Rachel is from CFUV, but we know that she lives in Ottawa and worked for the NCRA as the GroundWire Coordinator last summer!

Feature: Walking with Our Sisters : an art installation that honors the lives of missing and murdered indigenous women across Canada comes to Ottawa | Ophira Horwitz