Interview with Egyptian author and journalist Ahdaf Soueif in Montreal

Interview with Egyptian author and journalist Ahdaf Soueif in Montreal 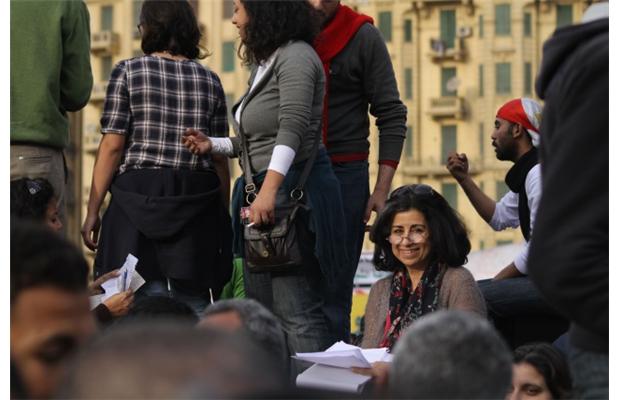 Ahdaf Soueif is a renowned Egyptian author, journalist and activist from Cairo. She is the author of Aisha, Sandpiper, In the Eye of the Sun, a book of essays Mezzaterra: Fragments from the Common Ground and the bestselling novel The Map of Love, shortlisted for the Booker Prize in 1999. She is a political and cultural commentator for the London-based newspaper The Guardian and the Egyptian independent newspaper Al-Shourouk. She is also the founder of PALFEST, the Palestine Festival of Literature.

Many years ago, Ahdaf Soueif was asked to write a book on Cairo, but said she was unable to write an elegy for the city she loved so much. But last year, on January 25, 2011, the Egyptian Revolution erupted, and Ahdaf Soueif was finally inspired to write the book on her beloved city, Cairo, My City, Our Revolution, a book which she calls an intervention and is her personal, moving and inspirational account of those18 days that indelibly marked and transformed Egypt. The book also includes reflections and accounts of the following year of uprising in Egypt, and is an intimate exploration of the author’s birthplace and home.

Part of the nterview was broadcast on Montreal / McGill
Campus Community Radio CKUT's Tuesday Morning After on April 24, 2012 as part of the ongoing Voices from Egypt series.