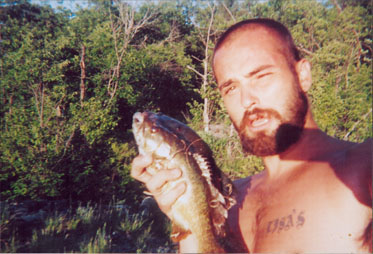 From September 7-9th, the family and supporters of Levi Schaffer, a man killed by Ontario Provincial Police officers in 2009, will be at the Ontario Court of Appeal in Toronto, fighting for greater police accountability relating to incidents when someone is seriously injured or killed. This report was produced for the upcoming edition of Groundwire radio news.

In late summer of 2009, Levi Schaeffer, a man from Peterborough, Ontario, traveled approximately 2,000 km, by bike and foot, to the depths of a Northern Ontario forest.  He was diagnosed in his early twenties with schizophrenia and struggled through a difficult life- deeply impacted by poverty, criminalization and mental health stigmatization.

On June 24, 2009, Levi was killed on a lake-shore near the town of Pickle Lake when an Ontario Provincial Police officer shot him in the chest. At the time, the officers had been investigating a missing boat.

Ruth Schaffer, the mother of Levi Schaffer, spoke with Groundwire on the phone from Peterborough. She told us about finding out about her son's death.

After Levi was killed, the O.P.P. found his I.D. in his tent.  Despite this, Levi's body was sent back to his family, many days later, marked as a John Doe.

One of the main controversial points surrounding the case of Levi Schaffer is over the Ontario Provincial Police, or OPP's incident report notes. An investigation into the incident revealed that the officers involved were instructed to hold off writing their notes or making statements for days after the shooting occured, after they had spoken with their lawyers. The Schaffer family has taken the OPP to court to end this practice of lawyer note vetting, because they say it has an impact on the evidence in the case.

From September 7-9, the Schaffer family, along with the Justice for Levi coalition, a group dedicated to supporting the family, was at the Ontario Court of Appeal to determine if the actions leading to Levi's death were legally authorized. The police are trying to quash the motion and send it to the Ontario Legislature, rather than the courts.

Rachelle SauvÃ© of the Justice for Levi coalition in Peterborough explains why the family has not yet filed a law suit against the OPP.

However, the OPP recently launched a counter lawsuit of 92 thousand dollars against Ruth Schaffer for the costs the police force has incurred as a result of the trial.

The Justice for Levi Coalition are currently raising money for their legal battle. Supporters are encouraged to donate money at www.justiceforlevi.org. For Groundwire, this is Aaron Lakoff from CKUT radio in Montreal.