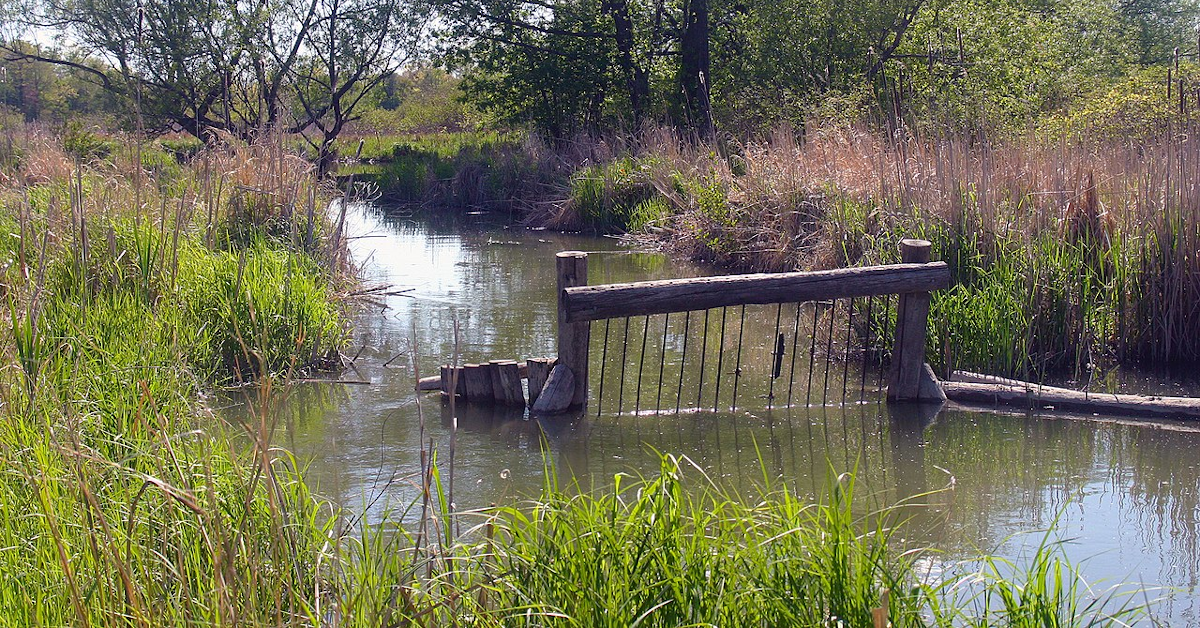 Emma Cunningham is a resident of Pickering, Ontario, and a member of Environmental Action Now Ajax-Pickering (EANAP). Recently, EANAP won an important victory against an attempt to use a provincial Minister’s Zoning Order (MZO) to override planning and environmental processes and build a warehouse on the Duffins Creek wetland, a protected wetland the middle of Pickering. MZOs are an approach to pushing property development, regardless of environmental and community impacts, that pro-development municipal councils and the provincial government are increasingly using across Ontario. Scott Neigh interviews Cunningham about the development, about the successful campaign to protect Duffins Creek, and about what groups engaged in similar struggles in other communities can learn from their win.

How we relate to land is a question that underlies pretty much everything else in North America. Land is, after all, at the heart of colonization, and of Indigenous resistance. And even within settler colonial systems, decisions about regulating land are highly contentious. What gets built, who builds it, what happens there, who benefits from it – most of the time, big money is tied up in these questions. There is intense competition around different visions of how to wring the most money out of a piece of land and who should be allowed to do the wringing. But, thankfully, there are also often people who argue that maybe there should be factors at play other than profit in how we collectively make decisions about land.

One of the most obvious contexts where this plays out is with respect to questions of zoning and property development. In Ontario, the regulation of property development is to a significant extent administered by municipal governments, but under a system designed and controlled by the province. For decades, critics have pointed out that the system works in favour of developers and development, even when that is at the expense of communities and ecosystems. Activism and organizing are sometimes able to stop a particular development or win moderate improvements in the rules, but so far have not managed to fundamentally undo that bias.

Under Conservative premier Doug Ford, the Ontario government has been working hard to make sure that as little as possible stands in the way of developers making money. They reversed the modest changes to the land use planning appeals process made by the previous government. They closed the provincial agency that gave legal assistance to residents in such processes. They revived the controversial Highway 413 project, which recent investigative reporting by the Toronto Star and National Observer has found will benefit a small group of powerful developers, some of whom have tight ties to the Conservatives. And they have made been making extensive use of MZOs, which allow the province to override and disregard local planning processes, existing zoning rules, and other provincial legislation.

Right now, there are struggles happening in communities across the province around developments fast-tracked through the use of MZOs. Today’s episode is about one such struggle that recently resulted in victory for those opposed to the development.

Duffins Creek is a wetland in Pickering, Ontario, a city of close to a hundred thousand people just east of Toronto. The wetland has long been designated as “provincially significant”, which generally means that it is supposed to be protected from development. According to today’s guest, Pickering city council – like many municipal councils – broadly favours development and developers. They unanimously voted to request that the province issue an MZO to exempt a proposed warehouse development in the wetland from regular planning, community consultation, and approvals processes, which the province did.

Members of the community formed EANAP and mobilized in response. Along with a range of online efforts to pressure decision-makers, the group did what it could to navigate COVID-related restrictions and hold demonstrations and other forms of public action. This included temporarily blocking construction equipment from entering the site on two separate occasions. After it was discovered that the warehouse in question was intended by the developer for use as an Amazon distribution centre, they also began putting pressure on Amazon.

Today’s episode is a little bit unusual in that it contains material from two separate interviews with Cunningham. The bulk of the show is an interview done in early March, just after EANAP organized what for Pickering is quite a large demonstration of several hundred people opposed to the development. At that point, it looked almost certain that the development would go ahead. All that remained was for the developer to obtain permits from the Toronto and Region Conservation Authority (or TRCA) – permits the TRCA had been ordered by the province to issue, so they could attach conditions but could not say no even though they have repeatedly stated their opposition to development in protected wetlands. So in the first three-quarters of what you are about to hear, we did not know what the outcome would be, and we talked about the community, the development, the struggle to that point, and so on.

We spoke again at the beginning of April. After our initial interview, things had moved fast. Crucially, in the face of community resistance, Amazon declared that it had no interest in using a warehouse on that site. Cunningham said, “Shaming the corporation, shaming Amazon was very effective … you know, sort of hanging their own brand positioning in their face.”

After Amazon withdrew, EANAP then stepped up its pressure on Pickering city council. Cunningham said that in general, when dealing with political representatives at any level, you have to “make it clear their political future is on the line because of how many people are truly upset with decisions they’re making. That’s when they’re most motivated to back out.” They successfully pushed the city to ask the province to rescind the part of the MZO related to Duffins Creek. Thanks to their efforts, the wetland is once again protected from development.