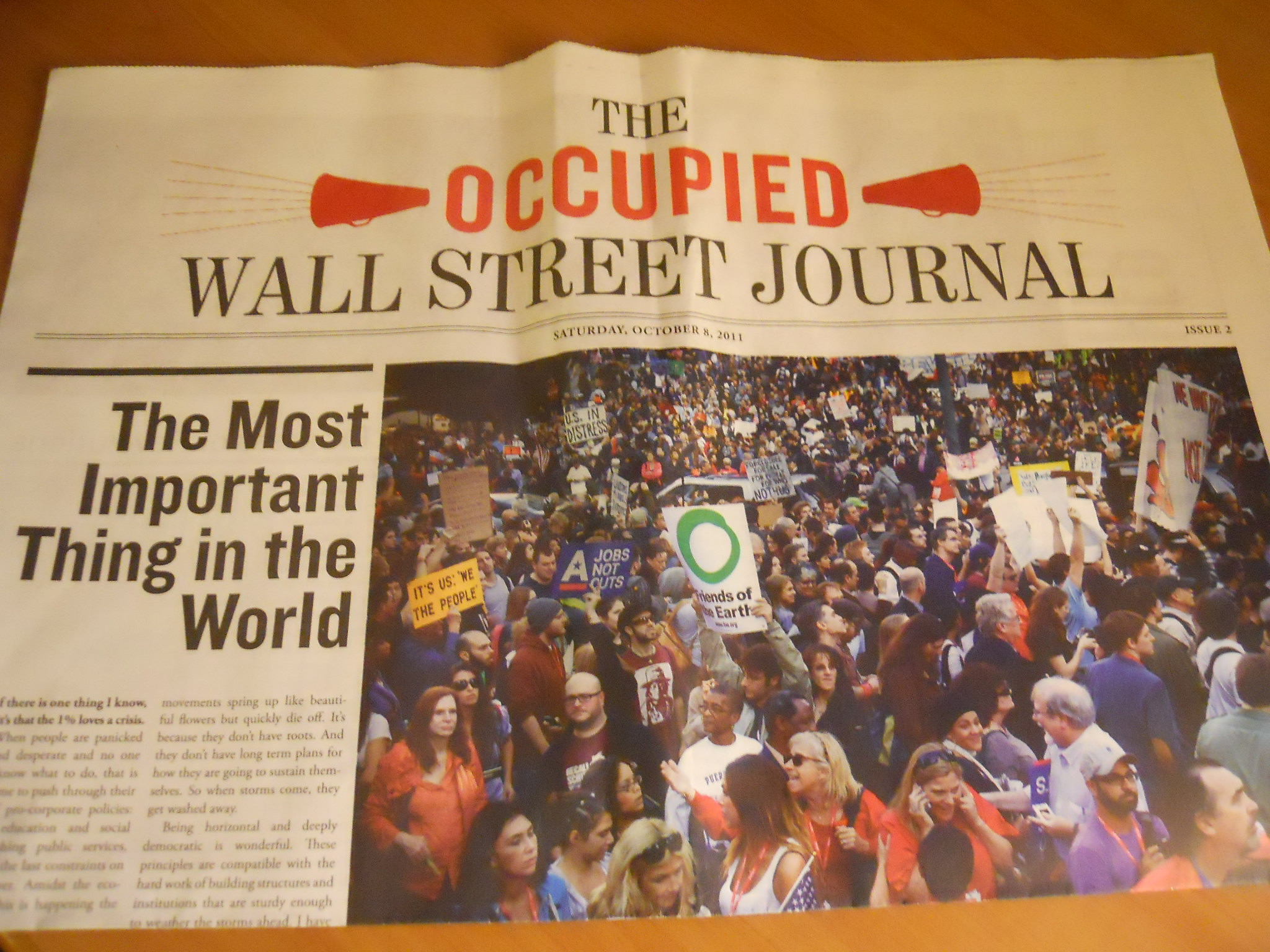 The second issue of the Occupied Wall Street Journal came off the presses this morning. As it was unloaded from the truck to Liberty Plaza, people thronged around to read the latest news published for and by some of the occupiers.

While it is not an official publication of Occupy Wall Street, it operates in tandem with it, covering the growth, issues and ideas of the movement and has the mission of combatting misrepresentation in mainstream media. The latest issue has English and Spanish versions and includes pieces from Naomi Klein, Chris Hedges, and covering topics from the difficulties facing OWS at reaching out to communities of color to why high school students have joined them

Today, I interviewed Arun Gupta, editor of The Indypendent and one of the co-creators and editors of the Occupied Wall Street Journal, at Washington Square park, whtere the Occupy Wall Street movement held it's first official General Assembly outside of Liberty Plaza.

In the interview he discusses everything from the strengths and weaknesses of the movement (ranging from it's ability to create an excitement on the left not seen for over a decade to it's difficulties in involving other neighbourhoods in New York), where it may go from here, and why the OWSJ was started.