Saying 'no' to Shell, and to other capitalist and imperialist invaders

Saying 'no' to Shell, and to other capitalist and imperialist invaders 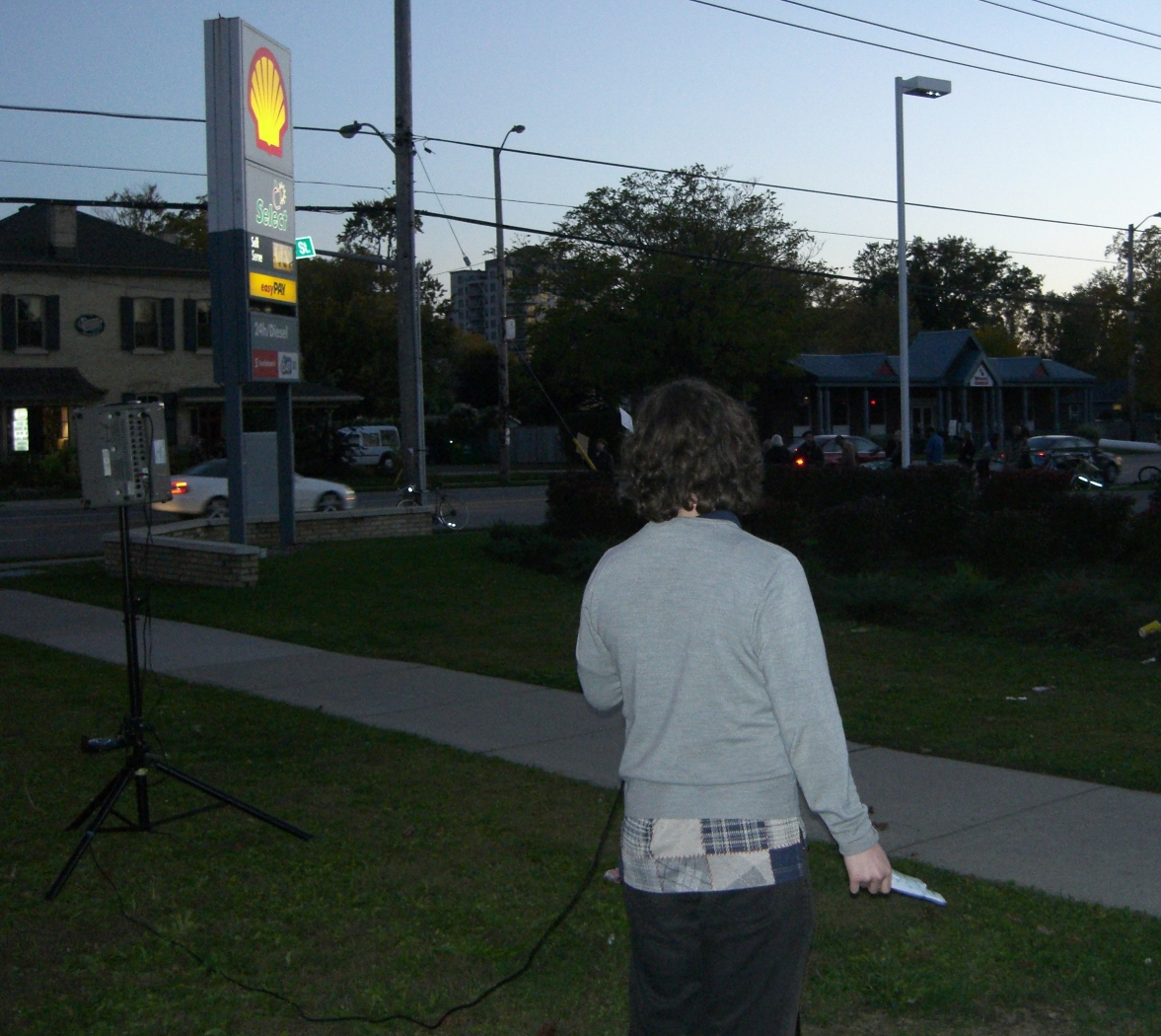 During a recent protest at a Shell gas station in London, Ontario, Jonathan O'Glaisne (pronounced O Glaw-shnee) spoke about capitalist and imperialist interests invading and abusing County Mayo in Ireland.  Jonathan also talked about how corporations like Shell are being met with wider opposition, as these companies try to exploit more and more people and environments, across the world.  Shell to Sea, for example, has been challenging Shell in western Ireland, and a Shell station protest in Kitchener-Waterloo was another noteworthy case of resistance from southern Ontario. Other solidarity protests within the last month (Sept-Oct 2010) have taken place in Bristol and in South London, England.

Jonathan has family from the area of County Mayo that Shell has been targeting. His family had no choice but to leave Ireland due to the pressures of capitalism and imperialism in Ireland during the aftermath of the Anglo-Irish trade war between Ireland and Great Britain in the 1930s.