Students mobilizing for the decriminalization of drugs

Students mobilizing for the decriminalization of drugs 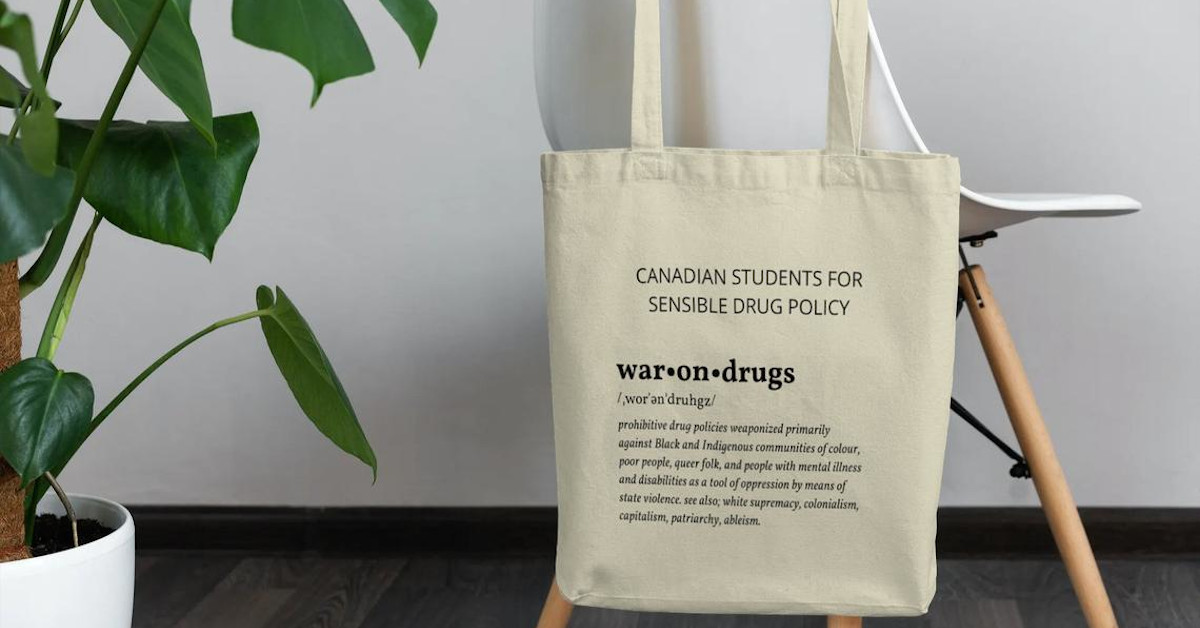 Mary Kelly is an undergraduate student at the University of British Columbia and she is a national board member of Canadian Students for Sensible Drug Policy (CSSDP). Alex Bestos works at a health research centre focused on substance use, and they are the international liaison for CSSDP. Scott Neigh interviews them about the current state of drug-related public policy in Canada, and about what CSSDP is doing to make it better.

It’s a bit of a simplification, but you can break public policy approaches related to drugs into two broad categories.

One of those approaches recognizes that, to the extent that there needs to be public policy intervention related drug use, it is in a way that focuses on health – supporting measures that reduce the harms that people experience, providing supports and services related to addictions to people who want them (and not just services that take an abstinence approach), and enacting the kinds of broader agenda that would enable people to live healthy, just lives in healthy, just communities.

The other approach puts drug use in the realm of the criminal legal system. It responds to drugs, or at least the subset of drugs that elites have decided to target, with policing and imprisonment. Critics have pointed out that this “drug war” approach is ineffective in its ostensible goal of reducing the use of the drugs that it criminalizes, but it is very effective at causing harm – most directly to drug users themselves, but also to broader communities of people who don’t necessarily use drugs but who are already targeted by policing, namely people who are Black, Indigenous, otherwise racialized, homeless, sex workers, and/or gender non-conforming.

In Canada since at least the 1990s, there has been increasing deployment of rhetoric and in certain respects policy that centres a health approach, often in response to organizing by drug users and their allies. However, as important as some of those measures have been for keeping people safe, the bedrock of the Canadian state’s orientation to drugs remains criminalization.

CSSDP is a grassroots advocacy organization that has been working on these issues since 2007. The organization brings together students and youth concerned about the harmful impacts of existing drug policies and advocates for evidence-based policy that centres health and harm reduction. Most of the organization’s 18 local chapters are located on a university campus while some encompass an entire city. It has a national board that supports the work of the chapters, does fundraising and outreach, organizes an annual conference, is working on a podcast, and engages in policy advocacy at the national and international levels. Currently, the national board also manages a funded project related to harm reduction-based education for youth about cannabis.

Much of CSSDP’s advocacy work happens in collaboration with allied organizations. Since the start of the pandemic, a lot of the energy from local chapters has gone into things like supporting calls to defund the police and campaigns against punitive regulations related to cannabis use on university campuses (which in many cases are still in place, despite legalization). Over the years, probably the most consistent theme in CSSDP’s advocacy at a national level has been decriminalization – moving away from state responses that criminalize, particularly for simple possession and use, and towards a focus on health not only in rhetoric and in specific areas of policy, but throughout the public policy realm and across levels of government in Canada.

While both Kelly and Bestos strongly agree with the importance of decriminalization, they also have their own individual thoughts about priorities for change in drug policy in Canada.

Kelly, for instance, is quite involved in frontline harm reduction work, and feels that getting police out of anything to do with that work is crucial, and she also wants advocates to do more to listen to and centre Indigenous knowledge and practices.

And Bestos believes that it is vital that we recognize not only the harms that current Canadian drug policies do to people in this country, but see those policies as part of “an international regime of violence.” They continued, “There are so many people in the Global South who are negatively impacted by our drug laws and the drug laws that we enforce on them.”

Image: Used with permission of Canadian Students for a Sensible Drug Policy.