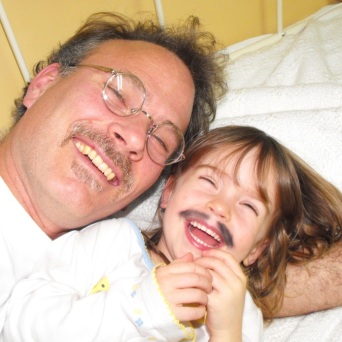 I’m doing pretty good: no signs of cancer since the operation (touch wood).

Donate to my Movember campaign at mobro.co/bernans.

Then make a matching donation to my MoGaza campaign at http://mapcan.org/english.html (choose “Emergency Assistance to Gaza” on the dropdown list).

In September of 2013, I found out that the tumor in my right testicle was cancer. Last year, I grew a moustache as part of the Movember movement and I am recidivating this year. Movember’s moustache-growing MoBros and supportive MoSistas raise money every November to fight testicular cancer, fight prostate cancer and promote men’s mental health. For fourteen years Movember has been “changing the face of men’s health.” I’m proud to grow my Mo for the cause, encouraging people to donate on my MoSpace. So please go to mobro.co/bernans and give generously!

I’m happy to say that, since the operation to remove my right testicle, there has been no sign of the cancer returning (touch wood). As of yet, I have been spared any chemotherapy. I was even able to run the 2014 Rimouski marathon (last year, I had to drop out of the race due to my operation). Tests will continue for the next nine years or so, and if (heaven forbid) the cancer comes back, it will also mean more treatment (likely chemotherapy).

Movember is funding programs to help guys like me (and guys not as lucky as me) live with cancer and funding research to advance the fight against cancer, which is awesome.

I’m lucky to be living in a place where I can benefit from the best treatment to fight this scary disease. Since the tumor was detected early and the cancer was not very aggressive, my prognosis is excellent. It is highly unlikely that I will die from this.

But a Palestinian boy or man in my situation, especially one living in Gaza, might have a very different prognosis. The resources needed to fight cancer are exceedingly rare. The lack of resources is due to the continuing destruction wrought in Gaza by Israeli Defense Force (IDF) operations (most recently, so-called “Operation Protective Edge”) and has been exacerbated by an Israeli-imposed embargo. All too often, cancer is a death sentence in Gaza.

Amnesty International has called for an investigation into IDF targeting of Gaza’s healthcare infrastructure due to “mounting evidence that the IDF launched apparently deliberate attacks against hospitals and health professionals in Gaza, which have left six medics dead.”

That is why I’m encouraging folks who donate to my Movember campaign, to consider making a matching donation to MoGaza. MoGaza is my way to harness Mo energy to promote men’s (and women’s) health in Gaza. Through the registered charity Medical Aid for Palestine, you can donate to send urgently needed medical aid to Gaza. Just go to Donations section of the Medical Aid for Palestine site and then click Donate Now through CanadaHelps.org. When making your online donation, be sure to select “Emergency Assistance to Gaza.”

My Mo is for Movember and for MoGaza. Let’s change the face of men’s health in Canada, and help the people of Gaza get the medical aid they so urgently need. Why not grow a dual-purpose Mo yourself? Encourage your Movember donors to make matching donations to emergency assistance to Gaza!

David Bernans is a QuÃ©bec-based writer and translator. He is a longtime Palestinian-solidarity activist and author of Collateral Murder. Follow him on twitter @dbernans.