BLOG (William Bradley): Shock and Awe in the Philippines -- A Sudbury Writer Reflects on a Recent Trip

BLOG (William Bradley): Shock and Awe in the Philippines -- A Sudbury Writer Reflects on a Recent Trip 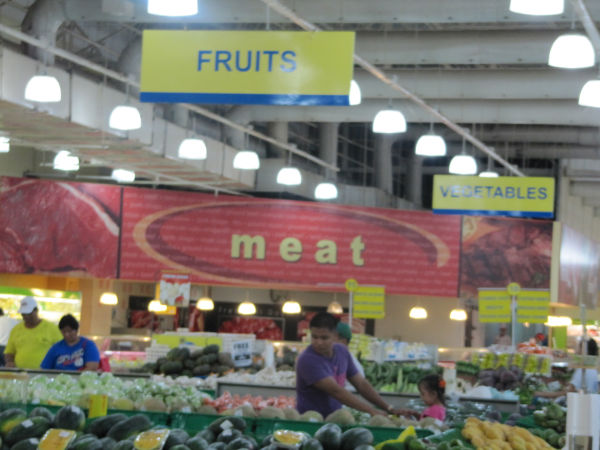 Shock and Awe in the Philippines

The Philippines presents quite a shock to the uninitiated  naÃ¯ve Westerner-it could offer Canadians a glimpse of their own future dystopia if certain income inequality trends continue here.

Fully laden jeepneys jockeying for space  on downtown Philippine streets where traffic lights are scarce or non-existent, water buffalo contentedly grazing in vacant city lots, rice being dried by rural highways, scanty clad shacks lining roads, and hard pressed environmentalists fighting to save what is left of the country’s original forest are what one is presented with when visiting the Philippines.

The Philippines, is seldom in the news here but is nevertheless quite an experience for Westerners. The country is an archipelago of 7,011 islands strung out for hundreds of miles.

I landed in Manila, a third world city of 12 million on March 16, 2012, after a gruelling 15 hour flight from Toronto to Hong Kong. That was followed by a quick 2 hour flight on Cathay Pacific to the country’s provincial capital of Bacolod, itself a city of 500,000.

I was there to meet Irene, a school teacher from the island of Negros, who I met on the internet after an eight year search for love on the web. Though I had never been outside of North America and not been in an airplane for over 25 years I found myself half way around the world, a completely inexperienced traveller, too cheap to use a travel agent!!!!

As a result, I found myself in complete shock for most of my three week sojourn. But I would not have missed such a life altering trip, for anything-that was the awesome aspect of the trip which involved visiting Irene in her home province of Negros Occidental, in the middle of the Philippines archipelago.

The steady tropical heat was great after leaving the mid-March snow of Sudbury and it was not hard to handle though temperatures reached beyond 32 C. It seemed to be more dry than steamy, at least where I was, by the ocean.

Also awesome was the food-fresh crab and seafood along with fantastic locally produced vegetables,  fruit, rice and meats. Oranges and mangos were fabulous as they were fresh off the trees.  Even the coffee, again locally produced on the island near Mount Kanlaon, was outstanding, like nothing I had ever experienced! And it was certified organic, shade grown!

Another great aspect was the affordability of the place, from the $27 a night top hotel venue, L Fisher in Bacolod, to beer well under a dollar, to jeepney transportation for 8 pesos (48 pesos equals a dollar).

Appreciated too was the number of environmental organizations apparent in the Bacolod area, including a permaculture site north of the city in Talisay, along with community organizations actively working with local farmers to build their capacity and to distribute their products.

English was known by everyone though all spoke in their own dialect, Ilonggo, a variant of Tagalog which is common to the north of Negros. Signage was invariably in English making it easy to adapt to the locale.

However there were a lot of shocks.

For one thing I experienced poverty like I had never before experienced. I recall a long haired fellow dressed in wretched filthy rags  sauntering down the street in bare feet outside my luxury hotel in downtown Bacolod.

I saw old men peddling tricycles hoping for a fare in the midst of a vast array of motor powered tricycles, motorbikes and careening jeepneys on city streets. I saw flimsy shacks with corrugated roofing, alongside the road from Bocolod to the rural areas of Bais City southeast towards the interior. Although I have to say the people walking out of them were dressed in clean looking clothes and did not look at all dejected.

One surprising and unsettling scene apparent everywhere was the widespread use of armed security guards whether in banks (Irene’s bank branch had 4 armed security guards), at malls where every separate store had security guards, to even small fast food restaurants where the pistol packing guard opened and closed the door for customers. I saw few police cars and no police on foot patrol. Policing seemed to be privatized out of necessity perhaps.

The most jarring shock was that every street level window had bars and all houses were surrounded by high fences. All stores had bars that came down from above once closed. Churches were in compounds. Some private house concrete walls had broken glass on the tops. Even shacks had some form of security barrier around the house, usually bamboo poles. My companion, Irene, seemed to think that was a normal state of affairs and was done to protect householders, as a matter of course.

It makes one think what could happen here if inequality and poverty continues to escalate in Sudbury and Canada as a whole. I for one would not want to live behind bars here as is common in countries like the Philippines.  Few if any homes here, even affluent ones, look like the gated house in La Carlota, well outside of Bacolod, a major centre.

For those fighting to prevent the increasing marginalization of a larger portion of the Canadian population, as the recession  and government cutbacks continue to take their toll, I would say your efforts are well worth it! Keep on fighting!!

Bill (William Peter) Bradley is a local writer and freelance journalist. He is posting  on his website more Philippine photos at www.northernpecan.ca .