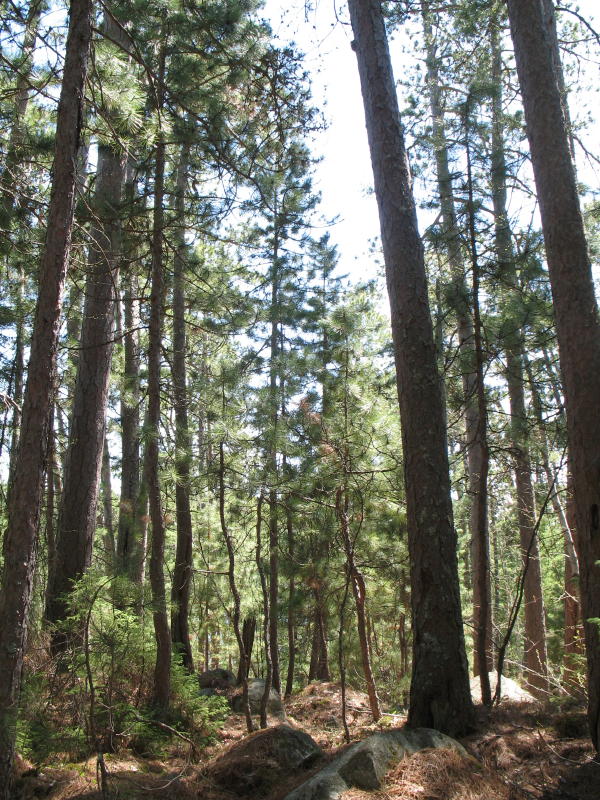 North Bay - The Green Party of Ontario is calling on the McGuinty government to fulfill Ontario’s promise to permanently protect Wolf Lake in the Temagami region.

Wolf Lake is home to the largest remaining stand of old-growth red pine forest known to exist anywhere in the world and is part of an endangered ecosystem that is only about 1.2% of its former size.

Wolf Lake was to be included in the Chiniguchi Waterway Provincial Park, but the Ministry of Northern Development and Mines has recently renewed mining exploration leases in the area, preventing the Wolf Lake Forest Reserve from being upgraded to full provincial park status.

Schreiner experienced Wolf Lake firsthand while camping and canoeing in the area with his family and Scott Haig, recent GPO candidate in Nipissing, for three days this week.

“Wolf Lake is a haven for hikers and canoeists, and it is economically significant to the region, with Temagami camps contributing over $3.5 million in direct spending each year to our local economy,” says Haig. “This irreplaceable ecosystem deserves to be protected, and I will continue to work with the Wolf Lake Coalition to make this area a provincial park.”

The Green Party is launching a petition today calling on the McGuinty government to protect Wolf Lake forever. http://www.gpo.ca/protect-wolf-lake