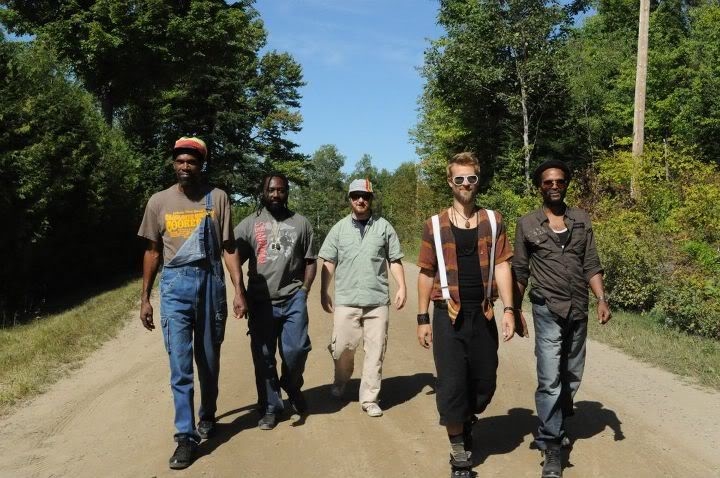 December 21, 2012 has been interpreted as the end of the Mayan calendar and the beginning of a new cycle of evolution for planet earth, humanity and the cosmos. This prophecy has been hyped by the media and Hollywood as an apocalyptic end of the world scenario. However, the Mayan elders say that the ancients were informing the modern world to be ready for a giant transformation for the human race. Such a transformation cannot be done properly without a bit of celebration!

On the night of December 20th, 2012 event organizer Kevin Cote and The Townehouse Tavern will be hosting such a celebration. “I wanted to do something special for this occasion, which is really about turning over a new leaf for humanity,” says Cote, “What better way to do this than by dancing off those negative vibes to the sweet reggae beat of Toronto’s House of David Gang?”

House of David Gang is a reggae outfit that delivers late 70s and early 80s style Jamaican reggae originals and the classic roots reggae songs of greats such as Bob Marley, Peter Tosh, Bunny Wailer, Gregory Isaacs and Dennis Brown; mixed with folk, soul, calypso, afrobeat, and hip-hop influences. It is fronted by vocalist King Selah and drummer Jahlin Edwards; with guitarists Chris Davies & Jay "High Plains Drifter". They are currently touring promoting their new album Reggae Warrior. House of David captivated audiences of over 4,000 at Rastafest this past summer, alongside The Mighty Diamonds and Echo Minott; has garnered national attention on CBC Radio; and performed live to 2 million people on CityTV’s Breakfast Television performing their new songs, including the new single "Best I Can Be". The band recently made its first West Coast tour to British Columbia, with gigs in Vancouver, Whistler, Courtenay and Nanaimo, after a 5-date tour of Quebec and the Maritimes earlier this summer.

Also performing at this celebration will be Sudbury locals Sulfur City as well as Silvertongue & The Pyramid Scene. Sulfur City deliver a unique and exciting brand of whiskey soaked, foot stompin’, blues infused rock. Silvertongue & The Pyramid Scene are an experimental, live hip-hop band, fronted by local rapper/poet Max ‘Silvertongue’ Merrifield. “This will be our debut gig, and we’re very excited to play alongside a genuine reggae act like House of David,” says Silvertongue. “Our listeners can expect an eclectic mix of hip-hop, jazz, funk, neo-soul and much more. It’s going to be one of the best holiday parties.”

The show is December 20th at The Townehouse Tavern and music will get underway at roughly 10:00 PM. Admission is $7 at the door. To check out House of David Gang, visit www.houseofdavidgang.bandcamp.com. For more information contact Kevin Cote at 705-822-5382.

End of the Mayan Calendar w/ House of David Gang: