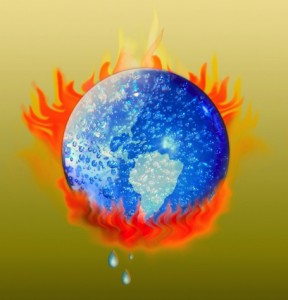 SUDBURY, ONTARIO. – As the need to reduce greenhouse gas emissions grows more evident each week, Citizens Climate Lobby Canada welcomed the introduction of US Rep. Pete Stark’s (D-CA) Save Our Climate Act as a critical step in efforts to stop the worst effects of climate change.

“We’re running out of time to wean our nation off the fossil fuels that are heating up the planet,” said Citizens Climate Lobby’s Executive Director in California Mark Reynolds. “We need to put a price on carbon that shifts energy usage to clean sources, and that’s what Congressman Stark’s bill does.”

The Save Our Climate Act, H.R. 3242, would tax coal, oil and gas based on the amount of carbon dioxide these fuels would emit when burned. Starting at $10 per ton of CO2, the tax would increase by $10 each year until CO2 emissions fall to 20 percent of 1990 levels. Most of the revenue from the Save Our Climate Act – an estimated $2.6 trillion in the first 10 years – would be returned to consumers as an annual rebate to offset higher energy costs. A portion of that revenue -- $490 billion – would go toward deficit reduction.

“This is a revenue-neutral approach that Republicans should be able to embrace, as it will not increase the size of government,” said Reynolds. “What it WILL do is move massive amounts of investment money toward clean energy, expanding a sector of the economy that shows the most promise for producing the jobs Americans need.”

News of Stark’s legislation was warmly received in Canada. “We applaud Congressman Stark’s leadership on putting a price on carbon to transition the U.S. to a clean energy economy,” says Cathy Orlando, Project Manager of Citizens Climate Lobby Canada, based in Sudbury. “If successful they will join Australia and British Columbia on taking effective action on climate change and economic development. It’s time that Canada’s federal government also took similar action.”

On November 2, 2011, Cathy Orlando will be meeting with a Senator in Ottawa to discuss climate change and Canada. At the end of November, a group of Citizen Climate Lobbyists from Canada will be on Parliament Hill in Ottawa, lobbying politicians to champion Citizen Climate Lobby’s Carbon Fee and Dividend Act, which is very similar to the American Save Our Climate Act. Meetings have been confirmed with at least six Members of Parliament and more meetings are expected to be scheduled.