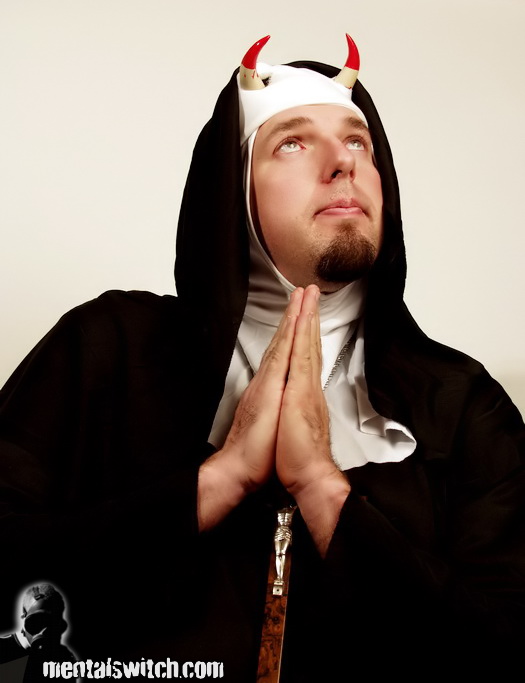 I'm walking about Abbotsford. It's Thanksgiving and I'm supposed to do my yearly go-to-church-and-light-a-candle thing for my grandma. The only Catholic one that is anything close to what I'm used to is in Abby (there's one is Mission, but that's faaar away).

I walk in and there's a minister standing by the door. "What denomination are you?" he asks (that's the Catholic priest power - sniffing out non-Catholics in the flock. Kind of like how nuns have the ability to glide and slap very hard).

"Nasrani Syrian Orthodox," I reply, feeling a bit like a Nigerian albino.

I'm sure he didn't catch the first two words, though he knew the one at the end very well. "Ah," he beamed, "You have heard how the Catholic and Eastern Orthodox church are talking about unification, yes?"

I had not, but was devestated at the news. As one brought up in the system, I take curious delight at the little divisions within the religion and the tiffs that occur because of those.

Well, unification may not happen, though poaching definitely is. The Catholics have devised a way for what they claim is the hundreds of dissatisfied Anglicans to join the Roman Catholic order. Lovely.

Ah religion. A Jordanian man stabbed his daughter 25 times to kill her for getting pregnant outside of wed-lock. Yes, uber-western Jordan. I guess the only difference between the east and west is that if this had happened in, oh say Dubai, the father would most likely be his own in-law. Most of have no idea who Darwin is.

And yes, I know it was more culture than religion. But this is a place where the two are intertwined like copulating snakes.

In the holy land, an Israeli minister called his country a sheep among wolves.

This is what the sheep have been up to: profiling Muslim travelers in South Africa, recruiting US scientists as spies, and boycotting Turkish coffee because of increasing tensions between the two countries. Good. More coffee for me. If only I could drink the stuff without bouncing off the walls.

That and the usual round of subversive actions regarding their continuous genocide in Palestine. Israel has called out against any independent reviews of its little incursions into Gaza, and is asking the US to block any UN resolutions that would go this way. For more, watch The Autograph.

Apparently the Arabs were depending on Russia to back them in the UN. Russia said its all for an investigation, but that this should be done internally by the Israelis. What can we expect from a country where you can't open a kebab shop called the Anti-Soviet?

But, there's a new front now in Iran, where bombs blew up some serious things. Saudi has been fingered, and rightly so given its penchance to do US dirty-work (bombings in Lebanon ahem).

I guess the US needs satellites to do this sort of work, what with all efforts being put into Afghanistan, which now by proxy included Pakistan. But don't worry: it's all being done by drones to minimize casualties. How is Weimar America even affording these?

Go the way of the Kyrgyzstan government. Go.

One last thing - our man Gord was on TV talking about the Olympics and said certain things that somehow warranted him a visit from the ISU. He documented the visit in his perennial sardonic way here. I've had enough conversations with Gord to know that he's one of the few people that seems to know himself well enough to back up what he says; this is an example of his ability. Absolute respect. And yes, it looks like that whole thing about being prosecuted for the actions we take rather than the ideas we profess just went out of the window.