My Trip to DEFSEC!

My Trip to DEFSEC! 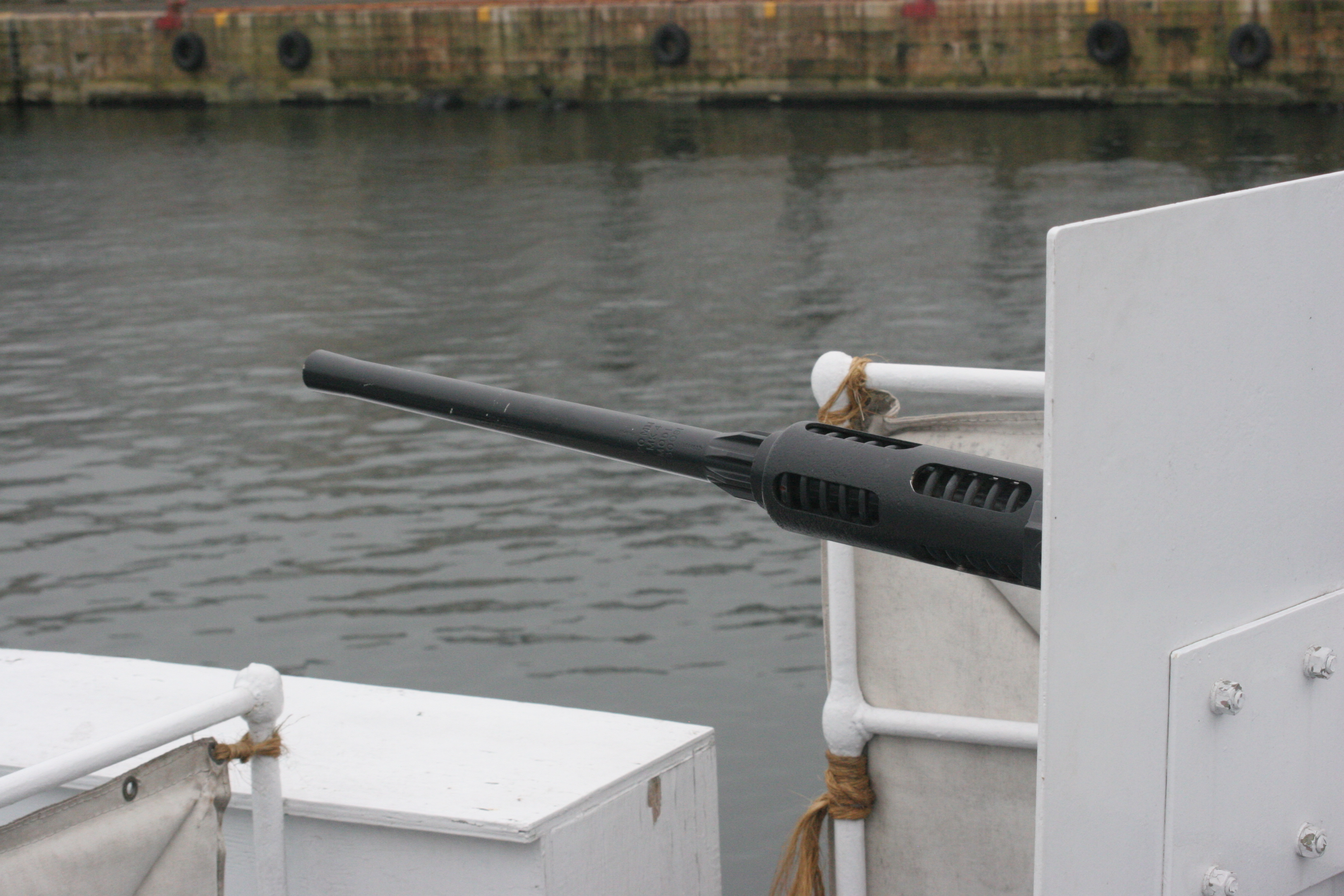 There's something vaguely unnerving about enjoying a beer, non-alcoholic of course, on Lockheed Martin's tab. But at times like this, which is in fact the Lockheed Martin-sponsored 'Hour of Good Cheer' at the DEFSEC conference in Halifax, sometimes it's easier just to go with the flow. Breathe deep, walk tall, avoid extended eye contact, and sip the drink casually.

The first question on my mind, as I weave my way through a conservative-suited sea of name-tag toting civilians and military personnel in parade dress, is...where the hell am I? I need some kind of reference point here, for I do not normally navigate in such brush-cut circles.

Colin, please, tell me, what is this DEFSEC in which we find ourselves?

“Over the last 7 years,” explains Colin, “this show has evolved into the 2nd largest aerospace and security show in Canada.”

“We bring large, original equipment manufacturers, from all over the world, like Raytheon, Lockheed, General Dynamics, Boeing,” continues Colin, “and they come here specifically to meet smaller firms who want to be in their supply chain. So...a little Atlantic Canadian company that has a software solution or a part that they build...they can get into those large supply chains. That's a key relationship that we work on. Also, we have the customer here. We've got the end user of the product, in the Coast Guard, and the Navy, and the Air Force...and they come, and they talk to the makers of the gadgets and widgets that are for sale.”

Ah, the gadgets and the widgets. Of course!

But there's something special about this year's DEFSEC, and if you live in Halifax, you know what I'm talking about.

For the past month or so, the city has been awash in SHIPS START HERE.CA advertising. It's on people's yard signs, on the buses, in magazines, and in the airport. There are stickers, facebook groups, and pins.

The opening video on the SHIP STARTS HERE.CA website plays upon the stereotypes of Canadian Maritimers. They are presented as a simple people, with a love of family, and boats, and ocean, who are always forced to seek out their daily bread in the unfamiliar West, with the requisite lamenting-Celtic fiddle in the background. And it's all about presenting Nova Scotia as the ideal place to receive the $25 billion contract to build Canada's new fleet of combat vessels. The Harper government has tendered a 'National Shipbuilding Procurement Strategy' (NSPS), and the money will go to build a new armada. That money will fix Nova Scotia, goes the story around these parts.

“Nova Scotia is built to build ships, and there simply is no better place in Canada to build ships.” gushed Nova Scotia Premier Darrell Dexter on May 27, 2011. “Winning this bid would equate to hosting the Olympics each year for 30 years. It would be a win for Nova Scotia, and a win for Canada. It is Canada's bid.”

(Has a city ever made money hosting the Olympics?)

So this year's DEFSEC is all about the NSPS, and Nova Scotia's run for the combat ships contract. Hence Lockheed Martin's 'Hour of Good Cheer' (open bar). Hence the 'Aerospace and Defence Industries of Nova Scotia' Reception and Dinner, with guest speaker Rick Hillier (to which I am not invited). Hence the free tours of Halifax Harbour by speedboat.

The local, Irving Shipyards, bid is one of three bids in the running for the NSPS. The other bids are from Quebec and British Columbia. As outlined in the masterful article by in absentia Haligonian Tony Seed, while companies like Irving portray themselves as champions of the local economy, in reality the players involved in these bids represent some of the most nefarious of the weapons manufacturing scene. Nothing a little Celtic fiddle won't gloss over, apparently.

"We are prepared to make a significant commitment to Irving Shipbuilding in the areas of infrastructure and training," Toby Koffman, a spokesman for Nova Scotia's Department of Economic and Rural Development and Tourism, said in an interview in July, 2011. Koffman, however, is keeping the government's (read: taxpayer's) 'significant commitment' a secret until Irving wins.

Indeed, building a new fleet of Canadian combat ships (at taxpayers' expense, of course), is big business, and stands to employ thousands. Irving estimates that it will create and sustain 4,000 jobs, which, in these uncertain economic times, seems like a nice trickle-down effect...until, of course, one remembers that this is all taxpayer money to begin with. But, as retired Vice Admiral, and now president of the Canadian Shipbuilding Association, Peter Cairns noted in his keynote address, earlier this morning:

“This equates to 4,500 to 5,000 new jobs, annually, for 20 to 30 years. The economic benefits that accrue from that will in fact benefit citizens and the country of Canada itself...this will lead to sustained growth...there are going to be more 'mom and pop' shops, more coffee shops, more this, more that...more people selling nylons.”

In any case, what appears to be lost to all in attendance at DEFSEC, amidst all the scale-model naval turrets, bridge simulators, free pens, baseball caps, non-alcoholic beer, and thigh-sized ammunition displays, is that the product being marketed here are war ships. Lots of ships meant to cause war.

Sure, maybe I can get one of those jobs selling nylons if Irving's Halifax Shipyards gets the golden goose. But, isn't anyone even pondering whether we have to militarize our entire economy just so that I can peddle wares down by the docks? Isn't anyone wondering what these war ships are going to do? Who they're going to wage war against? Whether there's a better way to stimulate the economy than building machines meant to destroy? Can't we come up with something better to do with our tax dollars? Have we lost our moral compass?

This non-alcoholic beer is going to my head...

Wait...there's the indefatigable Tamara Lorincz, and members of the Halifax Peace Coalition. She usually knows what to do.

“The United States is a highly militarized economy,” says Lorincz, “and it's actually financially bankrupt...The latest job reports from last week show that there's zero job growth. So, the US continues to increase its military budget, but that's not translating to a stronger economy and more Americans working...It's a failed strategy in the United States, and a militarized economy would also be a failed strategy in Canada.”

But, Tamara, what else can we do with our tax dollars?

“In 2007, the University of Massachusetts department of economics released a report that showed that more jobs could be created in health care, education, and construction, for every $1 billion of government expenditure, than (could by military spending). So, more jobs can be created in life-sustaining economic sectors than in the military-industrial complex.”

Universal childcare...subsidies for local farmers...bike lanes...a livable minimum wage...solar panels for every home...$35 billion of our money could do all that and more...wait...the non-alcoholic beer's gone to my head again.