Mining Exploration in the Wolf Lake Forest Reserve: what are the consequences? A photo essay of observed damage.

Mining Exploration in the Wolf Lake Forest Reserve: what are the consequences? A photo essay of observed damage. 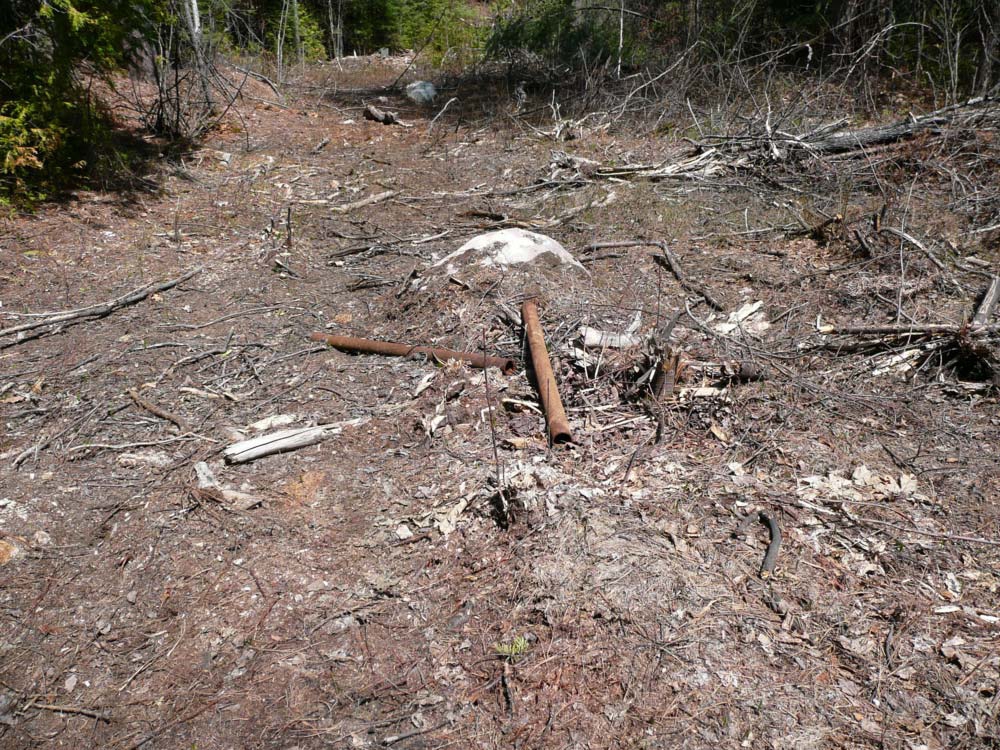 Wolf Lake forest reserve, in the north-east corner of Greater Sudbury, is one of the largest remaining fragments of old growth red pine forest, and the only recorded example of this threatened ecosystem that is self-sustaining.  The Wolf Lake Coalition is urging the province to allow mining leases and claims in the area to lapse, so that it can be brought into the adjacent Chinguchi Waterway Park.  This is true to the intent of forest reserve status, which is in effect a park in waiting, until existing mining claims and interest expire.

May 31 will be a test of the governments actions.  On that date a mining lease will expire.  Members of the Wolf Lake Coalition, and others, are watching closely to see whether the lease is allowed to expire, or renewed for another 21 years.

Access trails have a very negative impact.  Observed to be approximately 3m wide, these trails cut through the forest, go through steep terrain, and across streams. Increased ease of access facilitates illegal motorized access, can increase hunting and fishing pressures, and contributes to the introduction of invasive species.  These trails fragment the forest, altering predator-prey relationships and other aspects of ecology.  They contribute to erosion, and damage stream beds and water quality. “A Scientific study found that building new machine tracks through a forested boreal watershed can dramatically increase the flow of toxic mercury in local streams,” says David Sone of Earthroots.  Despite restrictions against damaging fish habitat Flag has been observed dragging drill rigs through waterways near Wolf Lake.

Drill sites exhibit further damage.  Drill holes and drill pipes, abandoned equipment, and garbage are all left behind.  Oil spills have also been recorded.  These sites are long-term sources of contamination.

A popular canoeing route, portages and campsites have not escaped damage.  In a 2007 trip report filed to Ottertooth.com,  Ed MacPherson wrote, "We arrived at Wolf Lake early in the afternoon and visited the Flag Resources drilling site. This former campsite is now completely destroyed: Drilling pipe lays about the site along with oil covered soil wherever the ancient drilling rig was stationed. A building on the site has been burned to the ground and much industrial detritus was evident.  I could only find one drill hole that was open and had not been stuffed with garbage and small rocks."

Extending mining leases and claims would mean further damage to this threatened old growth forest.  In addition, until park status is achieved, recreational use cannot be managed.  Without proper management, special areas such as this can be in danger of being ‘loved to death.’