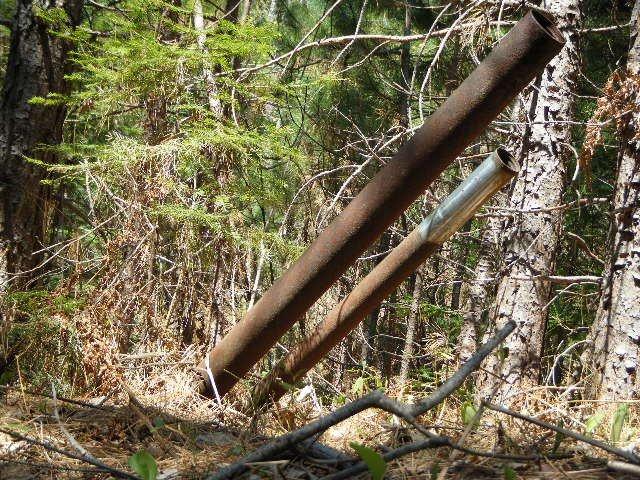 The Wolf Lake Coalition and others are urging the Ministry of Northern Development and Mines to let a mining lease in the Wolf Lake old growth forest expire May 31.  Regulations in the Mining Act support the same decision.

Some natural places have such a special value that the only right decision is to protect them from damage.  Standing among towering 200 and 300 year old red pines in the Wolf Lake Forest Reserve, there can be no question that this is one of them.  Add the fact that this is the largest known stand of old growth red pine, and the only one known to be self-sustaining with young red pines, and it cannot be clearer that this threatened ecosystem belongs in a protected park, not in an area open to mining.  Wolf Lake’s forest reserve status was meant to bring it into the adjacent Chiniguchi Waterway Park, as mining claims and leases lapse.  So far, that has not happened.

On May 31, a mining lease in the Wolf Lake Forest Reserve is up for renewal for another 21 years.   The right decision is to let the lease lapse, and bring this area into parkland.  The Mining Act gives the Ministry of Northern Development and Mines the direction to do just that.

The Mining Act affirms that if the lease holder is not in production or on the road to production in that lease, it should expire.

According to public records, very little activity has occurred on this lease for the past 30 years.  Not only is this area not in production – it is not remotely close.  Under our own legislation, this lease should not be renewed.

Canoeist  Ed MacPherson describes what he saw at a former campsite, "Drilling pipe lays about the site along with oil covered soil wherever the ancient drilling rig was stationed. A building on the site has been burned to the ground and much industrial detritus was evident.."

This type of damage is shameful in a threatened old growth ecosystem.  It must not continue.  Wolf Lake Coalition and others are urging the government to do the right thing and let the mining lease expire May 31.  The Mining Act gives them the direction to do so.

“The Minister shall refuse to renew a lease unless,
(a) the production of minerals has occurred continuously for more than one year since the issuance or last renewal of the lease; or
(b) the lessee has demonstrated to the satisfaction of the Minister a reasonable effort to bring the property into production. R.S.O. 1990, c. M.14, s. 81 (8).”