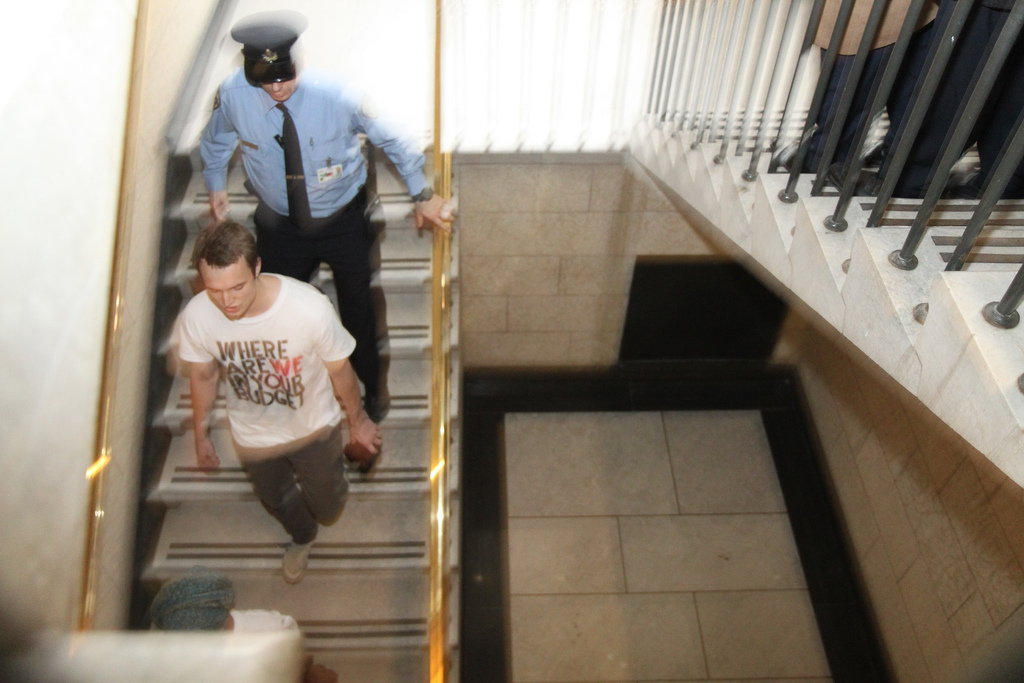 Have other reactions to the 2012 federal budget to add to this list? Post them in the comments below.

"This budget fails to address the pressures of a middle class losing ground and young people struggling to find work," says CCPA Senior Economist Armine Yalnizyan. "It takes us backward in terms of retirement and environmental protection. With the exception of education and water needs for First Nations, it ignores the need to repair our aging infrastructure. The books will be balanced, but we'll all pay the price."

Indigenous Nationhood: Federal Budget 2012 - The Battle Lines Have Been Drawn :

The area with which I am most concerned relates to what was and was not in the budget for Indigenous Peoples. I am not surprised by this budget, in fact, it is just about exactly what I predicted it would be. What I am surprised about is how the Assembly of First Nations' National Chief Shawn Atleo could possibly think this was a good budget.

Relentlessly Progressive Economics: A budget that screws the planet for short-term profits:

This is a colonial vision of the economy as a quarry for foreign interests. Instead of ensuring development of resources in a manner consistent with real long-term needs like energy security, the federal government is to open to any foreign investor who wants our resources, and Canadians will politely have to clean up the mess afterwards.

“The Conservative government touts its economic record, yet the services and programs we value and need are being cut,” said Alice-Rose Mick, one of the Canadians that stood up in the House today. “Instead the government is choosing to spend on jets, jails and subsidies for fossil fuels, while cutting corporate taxes.”

The federal government has delivered a punishing cut to public broadcasting in the budget delivered today. CBC will receive $115 million less in 2015 that it received this year, which will have a devastating impact on programming and services.

The changes will result in weaker environmental assessments and projects being approved without a full understanding of the social, economic and environmental impacts they will have.

“We have environmental assessment laws to prevent repeating the mistakes of the past. It is far better to identify problems and then improve a design than to breathe polluted air or clean up dead fish,” said Mr. Bennett.

"Cutting back on Old Age Security targets the most vulnerable citizens in our society," said Dr. John Haggie, CMA president. "It means that many seniors will have to choose between heating, eating and paying for their prescriptions. In that case, they'll forfeit their drugs."

At a time when civic-engagement and voter turnout are at an all-time low, when youth unemployment rates are double the national average, this is clearly the worst time to cut Katimavik. Our mission to promote and instil long-term social responsibility and civic involvement and provide job skills to our young people is now needed more than ever; as is the tangible help to our not-for-profit work partners in communities all across Canada so they can deliver essential services to those that need them the most.

Canadian Federation of Students: From student debt to pensions, federal budget is balanced at the expense of Canada's youth:

"By undermining pensions, increasing student debt, and eliminating student jobs, the Harper government is balancing the budget by further saddling young people with more financial burdens," said Roxanne Dubois, National Chairperson of the Canadian Federation of Students. "Balancing the budget may score political points today, but doing it on the backs of young people will further exacerbate social inequalities."

"For decades, Canadians have depended on the federal government to safeguard our families and nature from pollution, toxic contamination and other environmental problems through a safety net of environmental laws. Today's budget would cut up this environmental safety net to serve the interests of a few big companies at the expense of all Canadians."

The federal government is wiping out a waiting list of more than 200,000 foreign workers and returning the $130 million they paid in processing fees as it begins an ambitious overhaul of the country’s immigration system.
“It is another example of the lack of integrity and shortsightedness of this government,” said Toronto lawyer Tim Leahy, who filed a class action lawsuit earlier this year on behalf of more than 300 immigration applicants over delayed processing.
Rabble: Conservative budget levies frontal assault on environment, First Nations, by Andy Crosby and Chrystel Hajjar:
Only a week after record-breaking temperatures in the National Capital Region, a chill blew through Ottawa streets as Finance Minister Jim Flaherty prepared to deliver the federal budget. After five years of a minority Conservative government, all signs pointed to a strict austerity budget on March 29.
Canadian Association of University Teachers: Budget compromises research, hinders prosperity
"Today's federal budget jeopardizes Canada's long-term development by weakening the country's research capacity.

"With this budget, the government turns away from the kind of research that leads to new discoveries in favour of a narrow and short-term commercial agenda," says James L. Turk, executive director of the Canadian Association of University Teachers (CAUT). "By linking research only to business interests, the government will stifle rather than promote growth and scientific advancement."