"Being Chinese in Quebec: A Road Movie"

"Being Chinese in Quebec: A Road Movie" 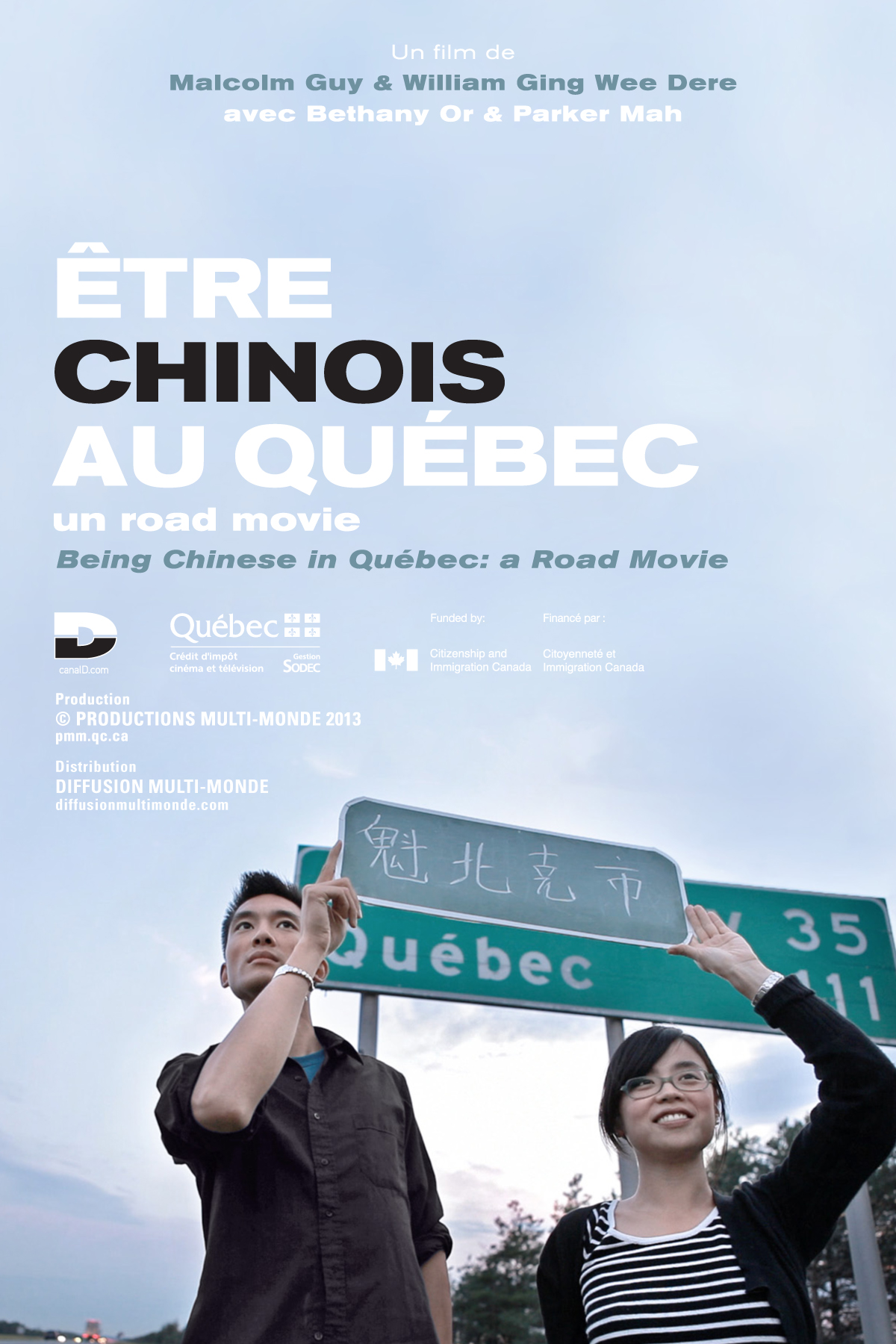 A film by Malcolm Guy and William Ging Wee Dere

Montreal, January 29, 2013 -- Productions Multi-Monde, in association with Diffusion Multi-Monde, are proud to present the new documentary ÃŠtre chinois au QuÃ©bec (Being Chinese in Quebec): A Road Movie. The film will be screened at the Montreal Chinese Cultural and Community Centre in Chinatown on Friday, February 15 at 7:00 pm, in the context of Chinese New Year celebrations.

The documentary follows Bethany Or and Parker Mah, two young members of the community who have decided to call Quebec their home, as they set out across the province to explore their identity and their roots

Through the vibrant neighbourhoods of Quebec’s largest city, MontrÃ©al, and along the winding roads of Quebec to the “end of the world”, GaspÃ©, Bethany and Parker meet an engaging group of Quebecers of Chinese origin. They are strong, outspoken characters carving out a place in the Quebec of today, where the debate about identity and language are constant subjects of discussion.

The road trip takes place against the backdrop of the apology by the Canadian government to the Chinese community for past injustices, notably a Head Tax for Chinese entering Canada followed by an Exclusion Act that prevented all Chinese, and only Chinese, from entering Canada between 1923 and 1947.

The film directors are the same team, William Ging Wee Dere and Malcolm Guy, that two decades ago created the groundbreaking film, Moving the Mountain, about the history of the Chinese community in Canada.  ÃŠtre chinois au QuÃ©bec (Being Chinese in Quebec) focuses on the new generation of Chinese Canadian (Sino Quebecois) youth  and their vision of family, Quebec society and their future.

For the world premiere, the film will be accompanied by an exhibition of photographs taken by Parker Mah during filming across Quebec. The public will also have the opportunity to interact with the team throughout the evening and a question and answer period will follow the screening.

The film will have its world premiere in Montreal, during the celebrations of Chinese New Year.

Being Chinese in QuÃ©bec:  A Road Movie

At the Montreal Chinese Cultural and Community Centre

The social and political documentaries which are the hallmark of Productions Multi-Monde, reveal the complexity of international issues while showing their impact on ordinary people. Their award-winning documentaries and their works of fiction and animation are broadcast on Canadian and international television and selected in festivals around the world.
-30 -