May Day 2013: Halifax Marchers Rally for a Fairer World

May Day 2013: Halifax Marchers Rally for a Fairer World 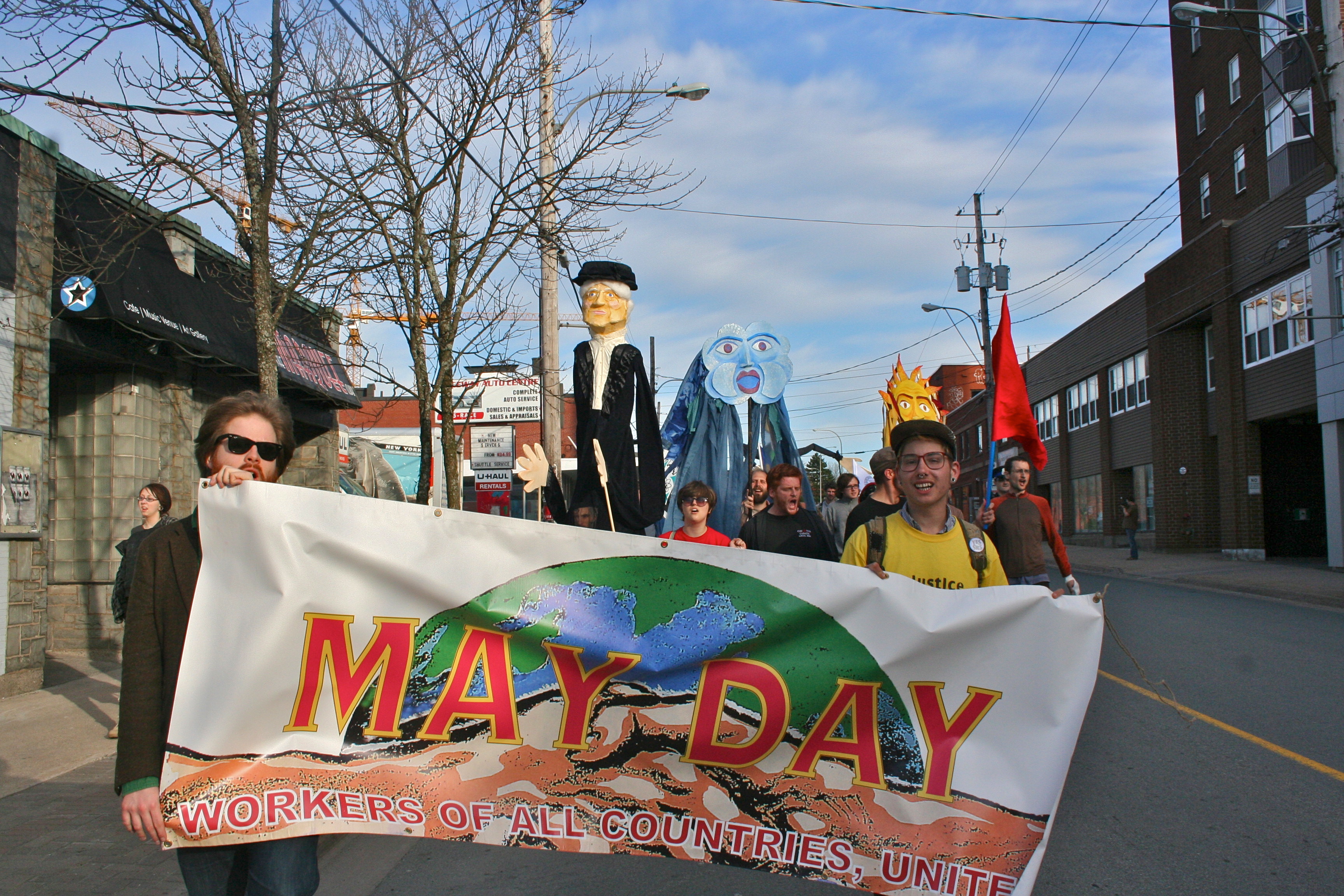 K'jipuktuk (Halifax) - May Day is an annual celebration of the international labour movement.It began with the 1886 Haymarket affair in Chicago when a bomb was thrown at the workers protesting for eight-hour work days, followed by police opening fire on the demonstrators. Today, May Day is marked in over 80 countries.

Every year on May 1st, workers have taken to the streets to rally against the capitalist economy that benefits the few and to fight for the rights of the working class, demanding justice and dignity for all people.

May Day brings together people from diverse socioeconomic backgrounds who share the belief that capitalism is not an acceptable system for workers. The rally and march in Halifax lasted two hours and involved speakers from the Nova Scotia Federation of Labour, Idle No More, the Halifax-Dartmouth District Labour Council (HDDLC), and others.

Kyle Buott of HDDLC explained that this one day "is about the possibility of something beyond capitalism." Elder Billy Lewis of Idle No More noted that “the three main ideas that May Day encompasses are: wages, working conditions, and hours of work," all of which contribute to the social determinants of health in Canada.

This evening affair showed the potential for solidarity, social movement, and the possibility for change. The high spirits of the rally-goers who spoke of the changing social order was uplifting and inspiring, However, the challenge of movement and change remains.

How will this solidarity continue and turn into something more than just an annual rally?

How will these like-minded people pursue their demands for a new social order?