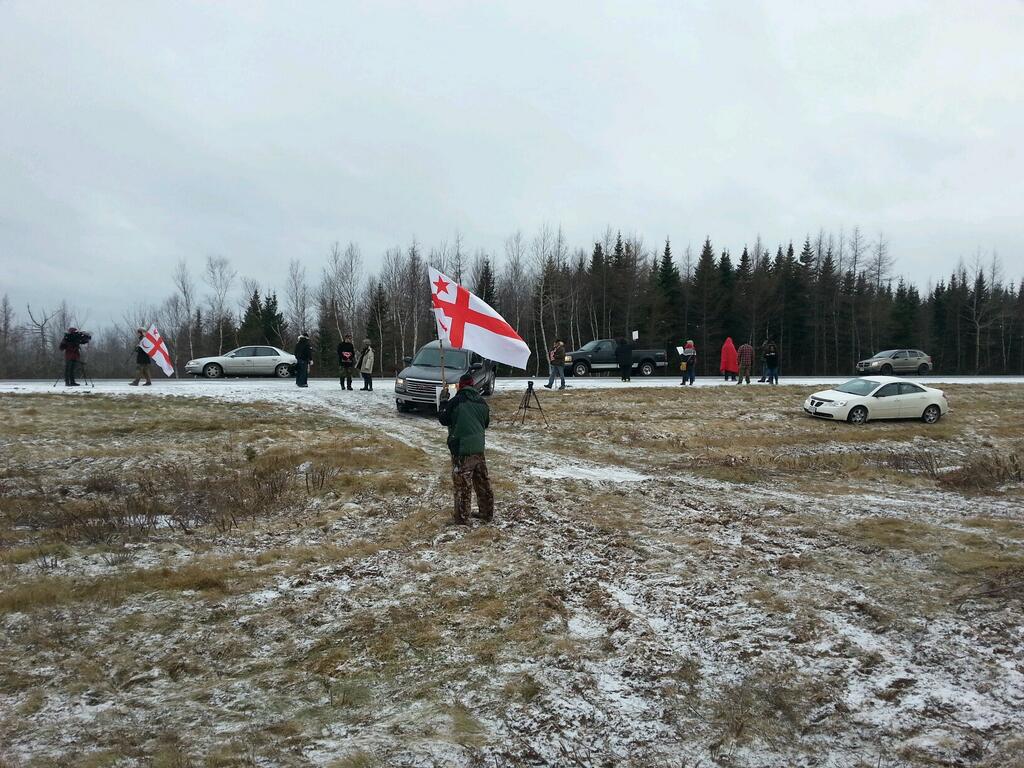 Media Co-op journalist Miles Howe was arrested again today while covering resistance to fracking in New Brunswick. It appears he was specifically targeted.

This is the third time Howe has been arrested while doggedly covering resistance to SWN Resources in Elsipogtog, New Brunswick. The Media Co-op's editorial collective denounces the ongoing attempts of the police to prevent Howe from reporting on resistance to controversial shale gas exploration. Howe must be released immediately with all of his gear, and the police must provide guarantees that they will allow him and other journalists to report on events in the area. His arrest, for the third time (he was not charged in either of the two previous arrests) is unacceptable and it appears to be the state's preferred strategy for stopping him from getting the word out about protests in Elsipogtog.

Earlier this morning, Howe was reporting on thumper trucks doing seismic testing along a frosty Highway 11 in Elsipogtog, New Brunswick. Images posted by Howe on Twitter show a group of about twenty land defenders on the side of the highway, "about 6 kms from the thumpers." About 15 police vehicles gathered near the protector line.

Miles Howe has been covering resistance to shale gas exploration in New Brunswick since protests began in the spring. In October, he was arrested during a high-profile RCMP raid on a small group of Mi'kmaq warriors. He was later released without charges.
Further details of Howes' arrest are not known at this time.
UPDATE 1:15PM EST: Acadie Nouvelle is reporting that Miles was arrested for "resisting a police check" (rÃ©sistance Ã  un contrÃ´le de police) and has an image of his arrest. A representative from the NB RCMP in Richibucto would not confirm or deny Miles' arrest or if he is being held, saying all arrests are subject to privacy laws and that we will find out Miles' status if he is charged in court.
UPDATE 9:37AM EST: We now have video of Miles' arrest:

UPDATE 9:45AM EST: According to Allison MÃ©nard on Facebook, as of noon yesterday Miles was being held but in good spirits. We're still trying to confirm his charges, and ensure he has legal representation.

Update 2:30 PM EST, November 27: Miles has been released from jail and is in good health. More info to come.