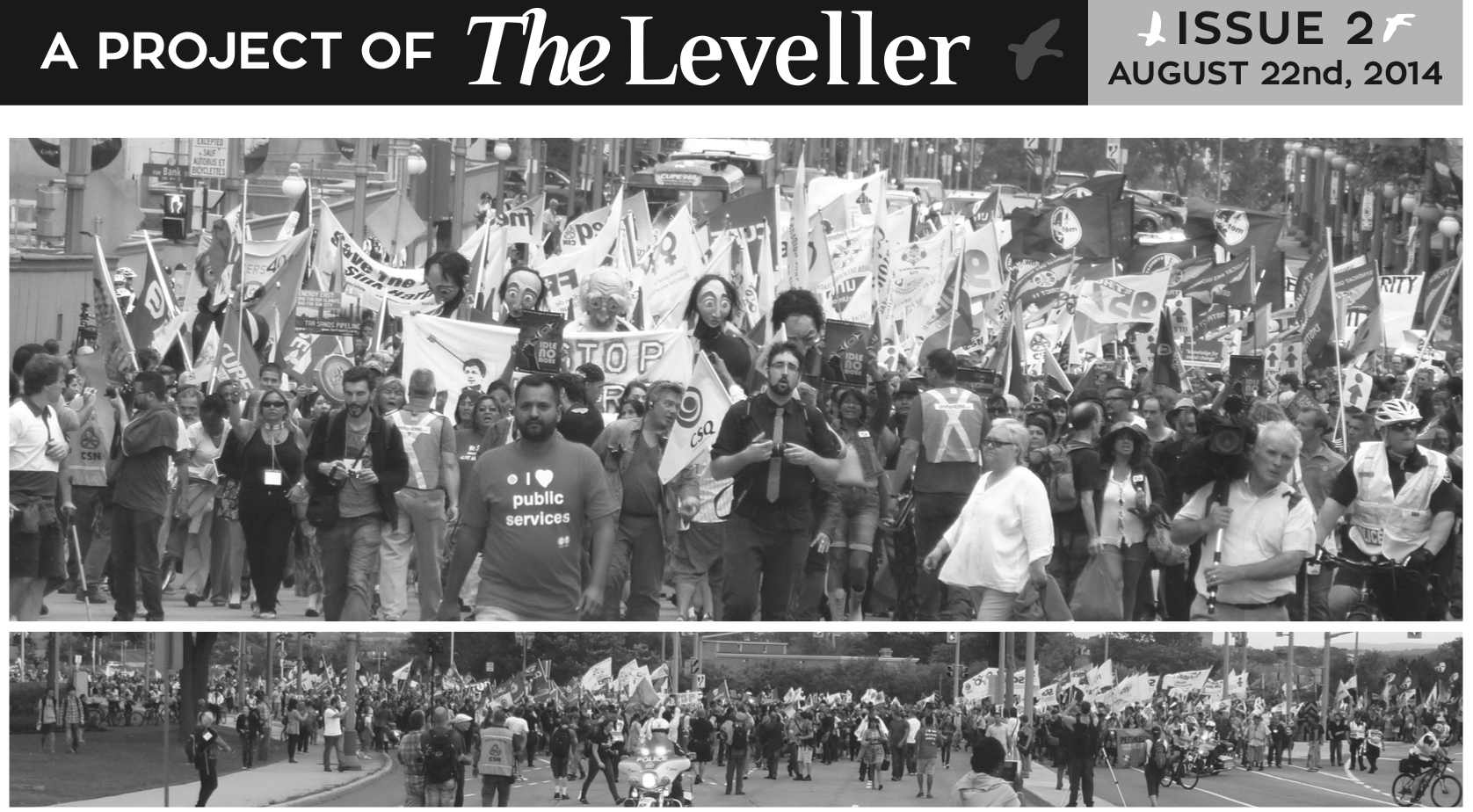 On Thursday, a large contingent of protesters marched over the Portage Bridge from Quebec. It met an even larger crowd en route to Parliament Hill from the Canadian War Museum. Indigenous youth and elders led both marches as they became one, followed by members from dozens of different unions, social movements, and environmental groups. An estimated 2,000 people, including about ten stilt walkers, filled the lawn in front of the House of Commons to hear speeches from Harsha Walia, Hassan Yussuff, Algonquin grandmothers, and numerous others. Despite the rain, spirits were high in an electrified atmosphere surrounding the first day of the Peoples’ Social Forum.