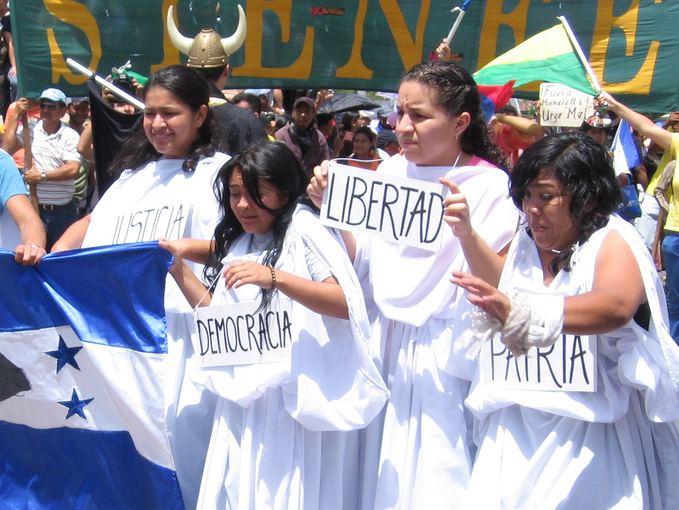 This is an unofficial translation of a statement posted to CONAIE's website on September 30, 2010.

A process of change, as weak as it may be, runs the risk of being overturned or overtaken by the right, old or new, if it does not establish alliances with organized social and popular sectors, and deepen progressively.

The insubordination of the police, beyond their immediate demands, lays bare at least four substantial things:

1. While the government has dedicated itself exclusively to attacking and delegitimizing organized sectors like the Indigenous movement, workers' unions, etc., it hasn't weakened in the least the structures of power of the right, or those within the state apparatus, which has become evident through the rapidity of the response from the public forces.

2. The social crisis that was let loose today was also provoked by the authoritarian character and the non-opening to dialogue in the lawmaking process. We have seen how laws that were consensed around were vetoed by the President of the Republic, closing any possibility of agreement.

3. Faced with the criticism and mobilization of communities against transnational mining, oil, and agro-industrial companies, the government, instead of creating a dialogue, responds with violence and repression, as occurred in Zamora Chinchipe.

4. This scenario nurtures the conservative sectors. Already various sectors and people from the old right are asking for the overthrow of the government and the instalation of a civil or military dictatorship; but the new right, from inside and outside the government, will use this context to justify their total alliance with the most reactionary sectors and with emerging business interests.

The Ecuadorian Indigenous movement, CONAIE, with its regional Confederations and its grassroots organizations states before Ecuadorian society and the international community their rejection to the  economic and social policies of the government, and with the same energy we reject the actions of the right that in an undercover way form part of the attempted coup d'Ã©tat, and to the contrary we will continue to struggle for the construction of a Plurinational State with a true democracy.

Consistent with the mandate of the communities, peoples and nationalities and faithful to our history of struggle and resistance against colonialism, discrimination and exploitation of those who are below, of the poor, we will defend democracy and the rights of the people: no concessions for the right.

In these critical moments, our position is:

1. We convene our bases to maintain themselves alert and ready to mobilize in defense of true  Plurinational democracy and against the actions of the right.

2. We deepen our mobilization against the extractive model and the imposition of large scale mining, the privatization and concentration of water, and the expansion of the oil frontier.

3. We convene and join together with diverse organized sectors to defend the rights of workers, affected by the arbitrariness which has driven the legislative process, recognizing that they are making legitimate demands.

4. We demand that the national government firmly depose every possible concession to the right. We demand that the government abandons its authoritarian attitude against the popular sectors, that they not criminalize social protest and the persecution of leaders: the only thing this type of politics provokes is to open spaces to the Right and create spaces of destabilization.

The best way to defend democracy is to begin a true revolution that resolves the most urgent and structural questions to the benefit of the majority. On this path is the effective construction of the Plurinational state and the immediate initiation of an agrarian revolution and a de-privatization of water.

This is our position in this context and in this historical period.