Immigrant workers confronting the people who exploit them

Immigrant workers confronting the people who exploit them 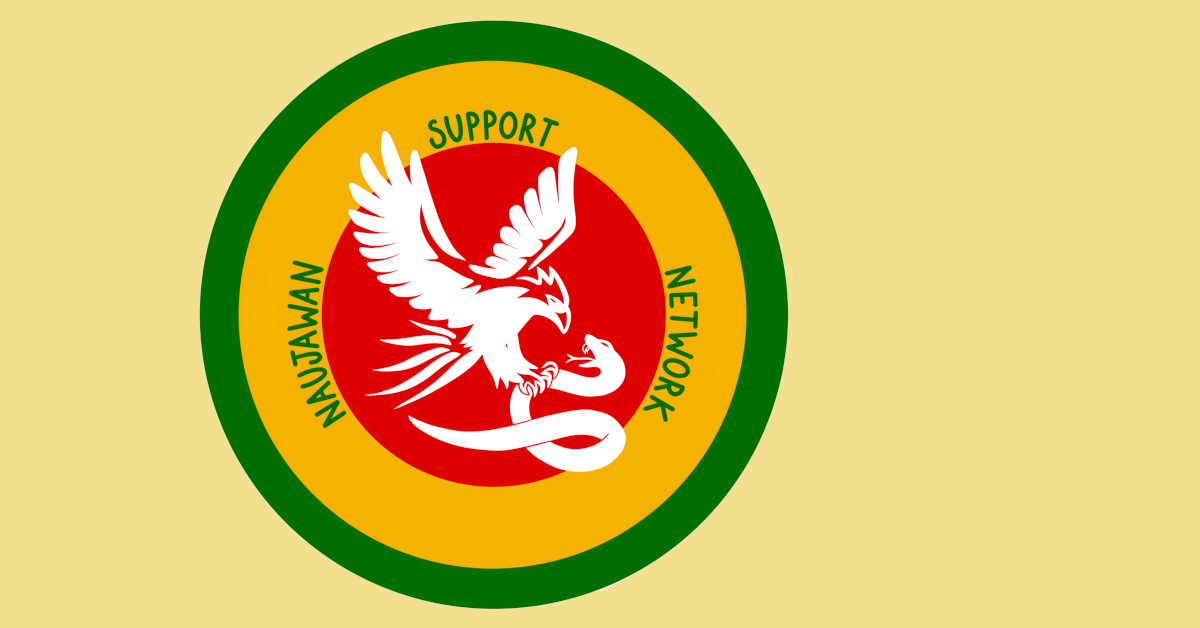 Simran Kaur Dhunna and Bikram Singh are members of the Naujawan Support Network, a group of international students and immigrant workers primarily based in Brampton, Ontario, who are challenging the exploitation and mistreatment that their members face using protest, mutual support, and collective direct action. Scott Neigh interviews them about how they directly confront the employers, landlords, immigration consultants, and other people who exploit them, and why that is such an important part of workers building power and winning victories.

Brampton is a city of around 650,000 people located in Peel Region, part of the suburbs within the Greater Toronto Area (GTA) in southern Ontario. More than three-quarters of the population is racialized and many residents are also immigrants, and there is a particularly large Punjabi population. Along with substantial hospitality and construction sectors, Brampton is a central logistics hub for southern Ontario, and it is home to many truck yards, warehouses, distribution centres, and so on. These businesses, and therefore millions of Ontarians, depend on Brampton’s international students and other racialized immigrant workers. Dhunna said that Brampton, “like many of the suburbs, has held up the GTA and southern Ontario throughout the pandemic, and well before that.”

It is, sadly, nothing new for international students and recent immigrants working in these sectors to be facing a wide range of oppressive circumstances, but there were two developments in 2021 that inspired Punjabi youth to get together and form the Naujawan Support Network. One was the massive uprising by farmers from Punjab, Haryana, and other states in India that ultimately defeated the oppressive farm laws that Narendra Modi’s BJP government was attempting to impose – that was, according to Dhunna, “a very politicizing force” in the community, particularly for international students whose parents were directly involved in the uprising.

The other development was a shocking number of instances of young workers in the community dying by suicide. A community meeting was organized to discuss the issue, to better understand the hopelessness that some youth were feeling. Dhunna said, “We had a discussion about why that’s happening, what are the root causes – the main one being exploitation. Because if you’re not paid your wages, you can’t pay your rent, you can’t pay your tuition. It’s difficult to face parents who have taken out loans and gone into debt to send you here.” So they formed the network to “confront the people who exploit us directly.”

Since its formation, wage theft has been one of the most common problems that the Naujawan Support Network has dealt with. While it is something that happens to low-wage workers in lots of different contexts, Canada’s immigration system makes international students and other recent immigrants particularly vulnerable to this kind of exploitation.

International students, for example, pay much higher tuition fees than domestic students. They are legally limited to spend no more than 20 hours per week working for a wage. However, in order to pay rent, pay tuition, and otherwise survive, they need to work more than that. Employers know about the 20-hour limit, so it is a very common practice for them to pay minimum wage for those 20 hours and then as little as $5/hr to $10/hr for any time beyond that. As well, the large number of international students in need of work mean that it is also common for employers to fire students for no reason without paying owed wages, knowing they will have no trouble finding someone else to hire. According to Singh, “Every [international] student faces this issue of wage theft.” Employers sometimes also threaten deportation or use the need for references in students’ applications for permanent residency as leverage to get them to work for lower pay than the minimum to which they are legally entitled. As well, workers in the network have faced other forms of mistreatment, abuse, or even outright violence, including sexual violence, from employers.

While the network regularly supports workers in filing legal complaints at the labour board, it is direct confrontation that comprises the bulk of their work. Singh said, “Legal processes always work for the rich people. They are in the favour of the employer.” They have found that official legal processes are often ineffective at recovering owed wages, and that even when they do, they rarely impose consequences on employers who steal wages.

Dhunna said, “The way that the labour court system also works is that it individualizes people’s issues and struggles, and in many ways invisibilizes the exploitation, in the sense that one can go through the labour court, and the community and other workers will have no awareness of the exploitation that’s happened. It’s not really brought to the public’s eye. And so one of the things that protest and organization does is it visibilizes and brings to the fore the exploitation that’s actually taking place and imposes a cost, imposes as a consequence on employers, who otherwise have no fear of labour courts.” Singh added, “We choose to expose that wage thief in the society.”

When a worker approaches the network with an instance of wage theft, the first thing they do is talk with that worker about their situation and about the network. Dhunna said, “We let people know that this isn’t an NGO, this isn’t a charity. We do struggle.” Workers are expected to take a lead role in their own case, and to participate in the struggles of others. As well, they go over the details of the case, including all of the documentation that the worker has. Then they put together a letter that they deliver to the employer, demanding that the back wages be paid. If, after multiple chances, the employer still refuses to pay, they publish the details of the case on social media and hold a small protest at the work site. If the employer still refuses, they continue to escalate their actions in terms of size and target, including protesting at the employer’s home and shaming them in front of their neighbours.

In response, employers have done things like threaten workers with deportation or even violence, called the cops, mobilized other community members against them, and filed defamation suits – you can donate to the Naujawan Support Network’s legal defense fund on GoFundMe. While the community at large has mostly been quite supportive of the network, there have also been instances of Punjabi-language media hosts propagandizing for employers and mobilizing them to collectively oppose workers. Dhunna speculates that they “most likely get funds or run the ads of employers.”

It is the defamation suits that are the most common response. The purpose of such lawsuits is to “silence and intimidate,” according to Dhunna, but for the most part, if you are speaking the truth, such suits will not succeed. She said, “Sure, it will take time in the courts. Sure, it will cost money – money that we’ve been able to fundraise. Or, you know, some firms and some community organizations have been able to represent us pro bono. But it’s not something that scares us, and [we] let workers know as well that you shouldn’t be afraid of legal repercussions or retaliation if you’re on the side of the truth. That’s one of the main points that we make to our membership, and a message that we give to employers as well – that they can take us through the courts, but it’s not something that will deter us from building our power and continuing to organize.”

Even in the face of employer opposition, by working together and engaging in collective protest and direct action, the network has won a lot of victories. These days, sometimes just the network’s name is enough to get employers to pay up. They estimate that they have recovered more than $200,000 in wages for workers over the last year, and Dhunna said she has seen a “palpable increase in confidence among workers” because of their organizing.

She continued, “There are people … in activist spaces or on the left who may think that there’s no point in just protesting against an employer, one by one. They might think it doesn’t really make sense, that it’s not systemic. And to those people, I think we would say that there is a lot of power that is built through collectively confronting our exploiters. And there’s been a tendency in recent times, or at least since I’ve been organizing, to rely on legal reform or advocacy, and to do so in a way that doesn’t actually allow workers to talk to one another and lead the organizing. So I would say that it’s really important that whether we’re in a union or whether we’re in an organization, that we organize to confront the people directly who exploit us. And to understand why we have those shared conditions, how we want to transform them. And to then have collective conversations on transforming our conditions, with the aim of building worker power. And I think the fact that Naujawan Support Network has grown so much in a year is a testament to that strategy and that tactic.”

Image: Used with permission of the Naujawan Support Network.