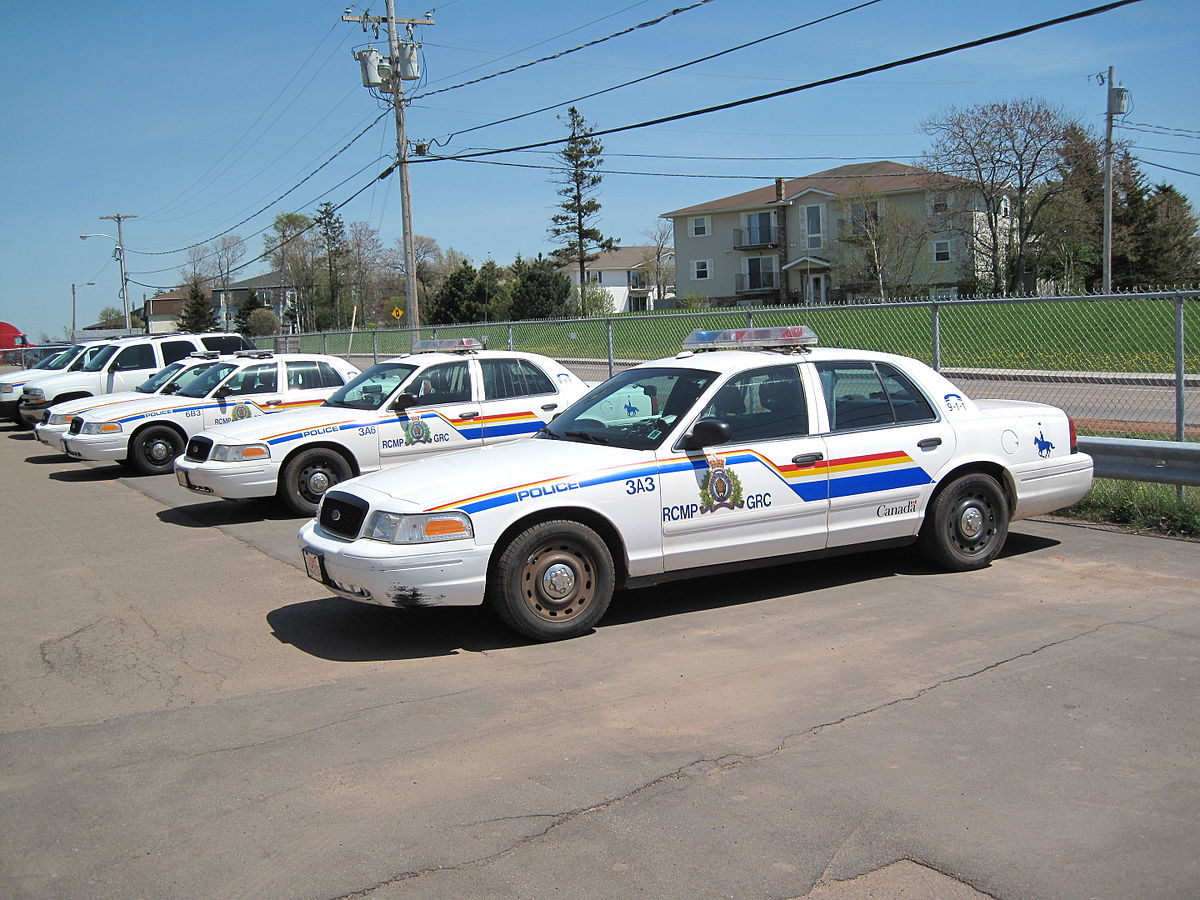 At least four people were shot and killed by police in September. At least three people died in police custody. Two people died in falls during police actions. One person was killed in a police chase. RCMP were involved in five deaths. Canada Border Service Agency officers were involved in one. Six people were killed in Quebec, three in Ontario, two in British Columbia, and one in each of Alberta and Saskatchewan. At least two victims have been identified publicly as Indigenous men.

It must be said again that there is no formal system of reporting police killings that is shared across departments or provinces in Canada so we can only say that at least this many lives have been taken through police actions. As always, it must be stressed that these numbers represent an undercount. They are based on police reports, reports from oversight agencies, and in some cases families.

Niagara Regional Police Service officers shot and killed a 52-year-old man in Port Colborne, Ontario, on September 4. The Special Investigations Unit (SIU) report that the officers were dispatched to an address in the area of Main Street West and Canal Bank Road regarding a neighbor dispute at approximately 9:00 AM. Upon their arrival, a man went into his apartment and allegedly barricaded himself inside.

The Emergency Task Unit (ETU) responded, and a negotiator attempted to speak with the man. At approximately 2:00 PM, the ETU made a forced entry and while inside the apartment, one of the officers fired his weapon, striking the man.

The man was taken to hospital and was pronounced dead there.

A 52-year-old man in distress died during a fall down a flight of stairs while being arrested by Sûreté du Québec (SQ) officers in Rimouski on September 4. The Bureau des enquêtes indépendantes (BEI) reports that at around 7:47 PM, SQ officers were called to intervene regarding a disorganized man lying on the ground in a public place. When police arrived, the man had already left the scene.

They reportedly found him, in a disorganized state, inside his apartment building. As officers arrested him, the man allegedly fell down a flight of stairs. He was taken to hospital, where he died of his injuries.

No other information is available at present, including how the victim came to fall down the flight of stairs. None of the police claims have been confirmed publicly.

Barrett Jack of Witset, a 34-year-old Indigenous, man died on September 4, while detained in Smithers RCMP detachment cells. Mr. Jack is the father of a young daughter. The Independent Investigations Office (IIO) reports that Mr. Jack was arrested on September 1. At approximately 8:55 PM on September 4, a cell guard found him to be in distress. Emergency Health Services were called to transport him to hospital where he was pronounced dead.

Family members have since said that they understood Jack to be under “suicide watch” while in custody. They are openly questioning how he could have harmed himself without it being noticed under such circumstances.

The BEI is investigating the death of a 42-year-old man during what is described as a federal police intervention involving RCMP and Canada Border Services Agency (CBSA) officers in Terrebonne, Quebec, on September 6.

According to the BEI, RCMP officers arrived at a home on Foucault Street at around 2:13 PM, to arrest a man wanted by CBSA. This deployment included members of the RCMP’s Emergency Response Team.

The BEI reports that at some point during the police action, a 42-year-old man was found unresponsive in the residence. He was later pronounced dead. RCMP claim the man had self-inflicted wounds.

The BEI is investigating the nature of the police intervention, including what initiated it, how long it lasted, and what tactics were used by police throughout. None of the police claims have been confirmed publicly.

The BEI is a provincial oversight agency and would not typically investigate federal agencies. This case is an exception because a request was made. Five investigators have been assigned to the case. The BEI is not an independent agency and relies on other police forces for their investigations.

While the death occurred on September 6, it was not confirmed publicly until September 9. Answers need to be provided regarding reasons for this delay. Multiple media outlets have claimed that both RCMP and CBSA did not respond to their requests for information.

Myles Sanderson (31), of James Smith Cree Nation, died shortly after being taken into custody by Saskatchewan RCMP on September 7, 2022. Sanderson had been the subject of a mass police search in connection with knife attacks that killed 10 people and injured 18. Damien Sanderson, Myles Sanderson’s brother, was also found dead. He and nine of those killed were found on the James Smith Cree Nation. The remaining deceased victim was located in the town of Weldon.

Sanderson was arrested after his vehicle crashed following high-speed police chase north of Prince Albert on Highway 11. Police announced the arrest, but only a short time later it was reported that Myles Sanderson was dead. Photos had shown him standing and handcuffed while being pressed by police against a police vehicle.

Saskatchewan’s chief coroner, Clive Weighill, has reported that a “very preliminary autopsy” has found that Myles Sanderson did not die of blunt force trauma. A recent report by Global News claims that multiple police sources have told them that Myles Sanderson fatally overdosed shortly after his arrest. This raises some significant questions since police typically refrain from providing any details publicly when someone dies in their custody or when they kill someone. Police had previously reported that their initial search of the vehicle did not turn up any drugs.

The coroner has announced separate inquests into both the mass killings and Myles Sanderson’s death in custody. They are expected to take place in the late spring or summer of 2023. Mr. Weighill has committed to have the juries made up entirely of Indigenous people. He has also claimed that no cause of death remarks will be made before the inquiries so one must ask how he feels about police leaks to media regarding cause of death.

A man, identified as Sean Petrie, a 40-year-old Black man, was shot and killed by police in Hamilton on September 12. The killing followed separate shootings in Mississauga and Milton earlier in the day that left two people dead, including a Toronto police officer, and three others injured. Peel police had first identified the Mississauga and Milton shooter as Shawn Petry, 30, in public alerts. However, documents later obtained by Global News confirmed the name and age of the man to be Sean Petrie, 40.

Hamilton Police Chief Frank Bergen confirmed publicly that one person was shot and pronounced dead in the Hamilton cemetery and said that this was related to the shootings in Peel and Halton Regions. Initial reports said that the person had been taken into custody. It has not been explained publicly what interactions occurred before or after he was taken into custody.

Toronto, Peel, Halton, Hamilton, and Ontario Provincial Police were all involved. The Special Investigations Unit (SIU) has stated that it has invoked its mandate in relation to a shooting involving a Halton Regional Police Service officer.

A 36-year-old man died in Sarnia on September 12. It is reported that Sarnia Police Service officers were called to conduct a wellness check of a man at a residence on London Road in Sarnia at around 11:30 AM. The man went into medical distress at some point after an officer arrived. Emergency Medical Services arrived, and the man was transported to hospital where he was pronounced dead.

Police are not an appropriate response for health crises. Medical services should be sent to assist people and should not lose valuable time responding after police.

RCMP shot and killed a man and seriously injured a woman on Highway 3 near Keremeos, British Columbia, on September 13. The Independent Investigations Office (IIO) of BC reports that the incident occurred around 7:45 AM in the 4100-block of Highway 3. The woman has been transported to hospital with a life-threatening injury.

The BEI is investigating the death of a 51-year-old man after a fall with Longueuil agglomeration police department (SPAL) officers present on September 3. According to the BEI, SPAL officers were called to intervene regarding an individual lying on the ground, possibly in distress, near the intersection of Chambly Road and Brodeur Street, in Longueuil. Police claim they tried to help the man to get up, but he fell to the ground and suffered a head injury and lost consciousness. He was transported to hospital in serious condition.

On September 14, the BEI reported that the man had died.

Policing is not health care and police are not the appropriate response for someone in health crisis. Health care workers should be properly funded ad resources made available to assist people needing medical supports, not police.

A Service de police de la Ville de Montréal (SPVM) officer shot and killed a man in the early afternoon of September 17. The BEI reports that SPVM officers were called to intervene regarding a man, possibly in possession of a handgun, who was walking near the intersection of René Lévesque Boulevard and the rue Berlioz, on Île-des-Soeurs at around 12:32 PM.

A man in the area was spotted by a police officer who claims the man pointed his weapon in his direction. The officer fired at least one shot. The man was taken to a hospital seriously injured. He was pronounced dead there.

A 14-year-old who was seriously injured during a police chase involving the Service de police de Blainville on August 14 was reported dead on September 20, 2022, by the Bureau des enquêtes indépendantes (BEI). They have not released any other information, including the exact date of the youth’s death.

The BEI previously reported that on August 14, a police officer attempted to stop a vehicle on De la Seigneurie Boulevard in Blainville, which is 30 minutes northwest of Montreal. Police claim the driver accelerated and a police vehicular pursuit was undertaken. At some point the driver collided with a concrete block near the intersection of Industriel Boulevard and Rolland-Brière Street. Two of the four occupants of the vehicle, including the driver, were seriously injured.

A 72-year-old man died during a police action involving RCMP and Alberta Health Services (AHS) officers at a hospital in Sundre, Alberta, on September 23, 2022.

It has been reported that RCMP officers from the Sundre detachment responded to a 911 call from an Alberta Health Services officer at 10:54 AM, regarding a person they alleged was being “physically violent.”

Upon arrival, RCMP engaged in a physical confrontation and the man went into medical distress. At approximately 12:20 PM, the 72-year-old man died in hospital.

RCMP have not said if the man was a patient or worker at the hospital. AHS have said that the health authority “will not be providing further information at this time” because the RCMP is investigating.

The BEI reports that the woman was arrested by the Nunavik Police Service for a violation of a municipal by-law. She was taken into custody at the Puvirnituq station, where she was found unconscious in her cell around 7:15 PM, and subsequently declared dead.