Bringing sustainability and justice together in a small community

Bringing sustainability and justice together in a small community 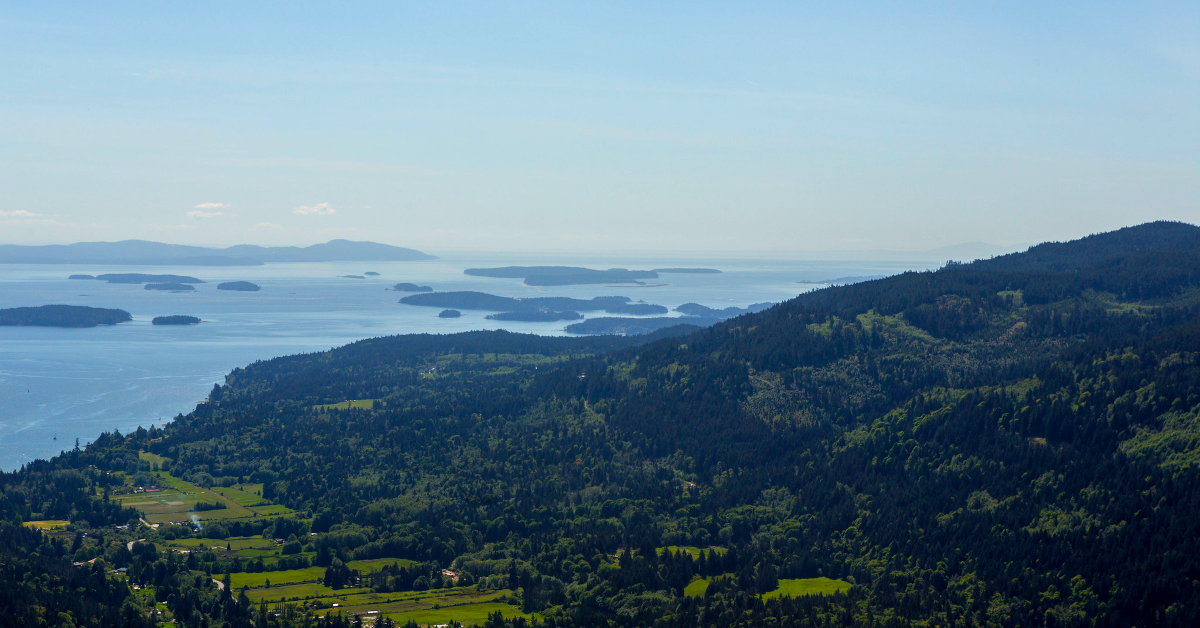 Jason Mogus is a long-time climate campaigner and a co-founder of Salt Spring Solutions, a local group on Salt Spring Island in British Columbia that is seeking to address their community’s housing crisis in sustainable ways, in the face of opposition that is framed in environmental terms. Scott Neigh interviews him about what the housing crisis looks like on the island, about the importance of an environmentalism that takes questions of justice seriously, and about the relevance of Salt Spring Solutions’ work to the larger environmental and climate movements of which he is also a part.

Jason Mogus has been engaged with environmentalism since he was a high school student in the 1980s. Out of university, he founded what was then referred to as a “new media agency,” doing online promotional and support work, often for grassroots groups and non-governmental organizations (NGOs). In its early years, the agency did things like make Greenpeace’s first website and create one of the websites used in the famous protests against the World Trade Organization in Seattle in 1999. In more recent years, much of his work has focused on catalyzing the kind of movement-building that can happen from bringing NGOs and grassroots groups together. For five years, he was a member of the co-ordinating group for the main campaign in Canada against the Alberta tar sands. Today, he works for an organization called the Sunrise Project, which organizes internationally to oppose fossil fuel infrastructure and fossil fuel funders.

Today’s episode is not, however, about Mogus’ day job. He lives in unceded Coast Salish territory on Salt Spring Island in British Columbia. Located close to Victoria, the island has 11,000 year-round residents, a spectacular natural environment, and a reputation for being a progressive place. But it has also changed a lot in recent decades. While it once had space for working people, artists, and people committed to living in a range of countercultural ways, it has increasingly become, in Mogus’ words, “an enclave for the wealthy.”

He said, “Twenty years ago, you didn’t need an investment account to live on Salt Spring. There were all kinds of alternative people that lived outside the neoliberal order that could either make their own house off the grid, outside of the system of bylaws, or they could scrape together a downpayment and afford a house off of a very eclectic lifestyle that wasn’t, you know, driven by capitalism.”

The current situation is, he said, “a crisis of nurses and teachers and farmworkers who couldn’t live here, and who were leaving the island. Or who were spending 60 to 70% of their income on mouldy housing that was inappropriate and unsafe.” He continued, “This island needs a working and middle class … they’re a huge part of the community fabric, as well as the history, as well as it’s their moral right to live here, like anyone’s is. And they were being forced to leave, because we couldn’t actually build any housing.”

This gentrifying shift is a product of both the same housing crisis that exists in many regions of the country – wealthy people leaving urban areas and forcing prices up in smaller communities, financialization of the housing market, the rise of short-term rentals, etc. – as well as other dynamics that are specific to Salt Spring.

The island is not a municipality but is part of a local administrative entity called the Islands Trust, which was instituted in the 1970s as part of efforts to preserve farm lands. The trust has limited powers and very little technical capacity or capacity for long-term planning, so while it has enabled a certain sort of conservation, it also has very limited ability to engage with community needs or to advance creative projects to meet those needs.

Mogus said, “I am the last person on Earth you’d ever expect to be talking about regulations as any kind of burden. I’m an environmentalist. I’ve been a climate campaigner for 15 years. I mostly fight our governments who have crappy environmental laws, that don’t enforce them.” But even so, he pointed to the island’s environmental regulations and the pervasive environmentalism among residents, and said, “Like a lot of other desirable places to live, sometimes those environmental concerns and laws can be weaponized by people who don’t want to see multifamily homes in their neighbourhood, don’t want to see changes. You know, it’s always the same thing: ‘We don’t want to see changes to the character of our neighborhood. There’s a certain, you know, type of person that lives here. Not everyone can can live here, or should live here.'”

Mogus sees a division that seems at least partly generational and partly based on class. Those people who are most able to exert power in local affairs are environmentalists who are older, whiter, and richer, and who advocate for a conservation-centric agenda that is detached from concerns about justice. At least until recently, the segment of the population that is also committed to the environment but in a way that brings in those questions of justice has been much less able to exert influence. In practice, this means that single-family homes for the wealthy get approved, while projects to meet community needs that do not fit that model face a much rougher ride – so, for instance, it can take more than 20 years to get a very modest nonprofit, multi-residential housing project built. He said, “The island has gentrified so quickly. We’re approving all of these large-scale homes. And yet we’re not approving any multifamily homes, or very few.”

So a few years ago, Mogus and other residents got together to found Salt Spring Solutions, a group working to build a constituency in favour of a less exclusionary vision of sustainability. A lot of their efforts have started from digital petitions about specific issues and projects. These petitions themselves exert some pressure on decision-makers, but they have also been a tool to allow the group to begin drawing people together to involve them in other kinds of events and to help them advance their vision for the community through participation in various official processes.

They have had some success. They have, for example, helped a few nonprofit housing projects that had been facing obstacles to reach completion, which has added around 100 new housing units to the community. They have also made progress towards improving cycling infrastructure and in work to preserve an important chunk of a local watershed that would combine conservation with making it a community amenity.

Beyond the work of mobilizing community in favour of particular projects, the group has also run into the island’s severe lack in terms of governmental capacity when it comes to planning and other technical areas. This has meant that moving projects forward has often required group members to volunteer their time and skills to make it happen.

On a more systemic level, though, things have been tough. After an extensive community process, itself a response to Salt Spring Solutions’ advocacy, the Islands Trust proposed a change in planning regulations that would allow for the construction of accessory dwelling units on lots of a certain size. This was not a change that Salt Spring Solutions was particularly enthusiastic about. According to Mogus, numbers from the BC provincial government suggest that such regulations generally result in new units on around 10% of lots that meet the criteria. Their sense of the island’s community was that it would have a fairly minimal impact overall on the housing crisis, so they regarded it as a small and not-ideal change, and only a first step.

Even so, it has been met with intense community opposition. Mogus said, “I’ve never quite seen such a backlash from the – I can’t describe it as anything else but the environmental community, of which I’m part of, but I’m certainly not aligned with them here.”

This has left Salt Spring Solutions very aware of the obstacles that more substantive and transformative changes might face. But it has also made them doubly determined to continue standing up against the housing crisis and the gentrification of their community, and working to find ways to advance their vision of a Salt Spring Island that is both sustainable and just.

“The bigger picture for us,” Mogus said, “is to make sure that the community hears from multiple sides, because right now there’s a real concentration of political power in one demographic that tends to successfully block a lot of change.”

He related the division on Salt Spring Island to changes happening in environmentalism more broadly. “There’s a beautiful thing happening to the environment and climate movement, that not everybody always experiences as beautiful. But it’s an awareness of the interconnections of these issues of race, and class, and housing, and inequality. … We have to really connect these dots between race, class, gender, and ultimately, capitalism if we’re going to actually transform society. And yet, here we are on Salt Spring, fighting for the most basic [things], like, housing as a human right of really good people that want to stay here. And we’re being defeated by a hardcore environmentalism.”

Mogus continued, “There needs to be constituencies that are fighting back against this endless neoliberal development surge in cities and communities, [and] for, you know, sustainable, affordable housing that’s ecologically friendly but that actually is realistic for people that aren’t millionaires to be able to buy. And so, I think there should be a group like [Salt Spring Solutions] in every town, that’s focused on getting to yes. What does this community want? What are the real issues at play? What are the real barriers to us getting what we want? How can we organize ourselves to get what we want?”

“Neoliberalism has largely failed to do anything other than make the people at the top wealthy, and a class that serves their needs pretty stable and wealthy. But look at the environmental catastrophe we’re living in. And we haven’t dealt with Reconciliation at all, we haven’t dealt with criminalization of racialized people, and inequality is worse than it’s ever been. … So communities need to work together to get what we want. But I also don’t think that we should be content to have the scraps. We pay all these taxes that are being spent by governments that are mostly being captured by industry…. We need those resources. We’ve got a series of crisis that we’re going to be dealing with for the rest of our lives and our kids’ lives. So I hope a group like ours is a piece of the puzzle. There’s many others that are working collectively on this.”