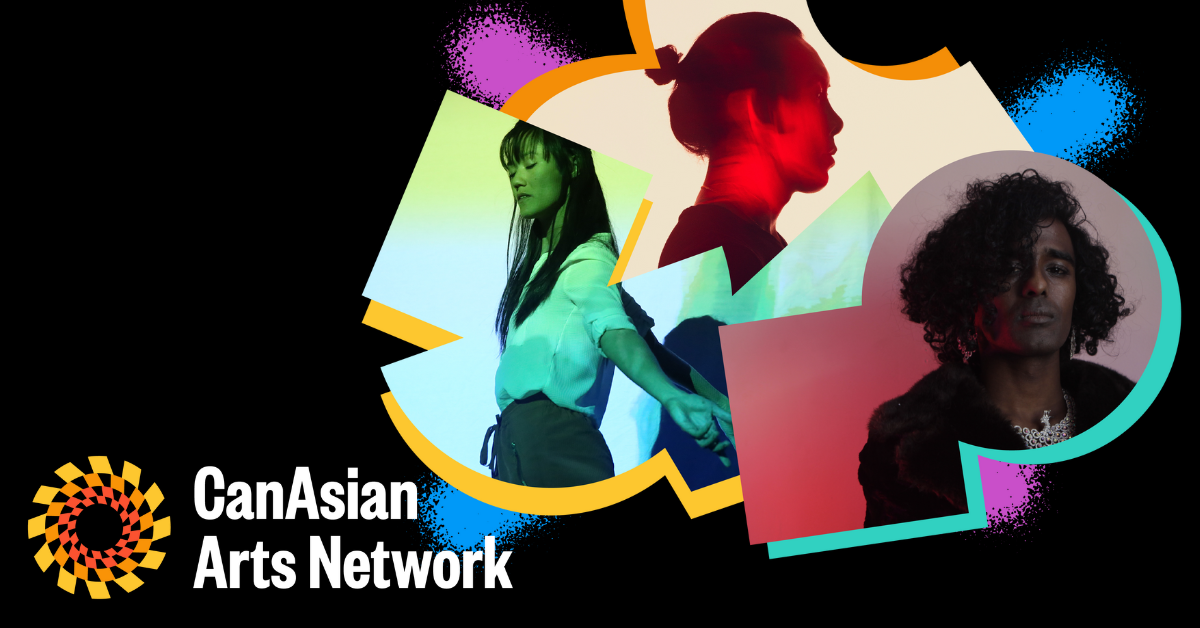 Shawn Tse is an artist, filmmaker, and community organizer based in amiskwacîwâskahikan, also known as Edmonton, Alberta, in Treaty Six territory and the Métis homeland. Scott Neigh interviews him about the development and work of the CanAsian Arts Network, a digitally-facilitated network of Asian Canadian artists, cultural workers, and organizations that aims to catalyze collaboration and build visibility, equity, impact, and representation.

In Canada, the dominant shape of the arts sector can largely trace its history to a royal commission headed by future governor-general Vincent Massey in the late 1940s and early 1950s. A fairly explicit exercise in nation-building, it produced a vision of the arts that was, unsurprisingly, Eurocentric, white-dominated, and settler-colonial. A lot has changed since then, as institutional and funding practices in the arts sector – not to mention the nation more broadly – have been challenged and changed by the relentless work of Black, Indigenous, and racialized people, and by a range of people of all backgrounds with a different understanding of belonging and thriving in northern Turtle Island. Nonetheless, much work remains to be done to realize a vision of the arts in this country that is fully equitable, inclusive, and just.

Tse grew up in Toronto. He was always very involved in music and theatre, and by 2006 he graduated from Film Studies at York University. But he did not have any insider connections in the industry, and did not see a lot of space for stories based on racialized experiences back then. So after graduating, he decided to become an educator, and spent a decade teaching English in various places around Asia.

It took the revolution in high quality, affordable digital technology to bring Tse back to filmmaking. He said, “The technology allowed [me] to break some of those barriers in terms of being able to capture and create stories that I wanted to tell, as a very small crew, or even like your own one-person crew.” He moved back to Canada and launched his own production company, Fallout Media, in 2016.

A lot of his filmmaking work has happened in community-based settings, often in collaboration with nonprofits, newcomer organizations, and arts-based organizations, and frequently grounded in Edmonton’s Chinatown. Tse said, “That’s how I started becoming more aware of the different social justice issues [and] inequities – just being part of a community that really surfaced a lot of the untold stories in our municipality.” Today, he sees much of what he does as bringing together art and filmmaking with community organizing. He continued, “Most of the work that we’ve been doing at Fallout Media has really been focused around social change-type projects.”

In 2019, Tse heard about a Montreal-based organization called Festival Accès Asie that was hosting an Asian Heritage Symposium, bringing together people from across Canada involved in various kinds of community work in Asian-Canadian contexts, and pretty soon he got involved in the working-group that was guiding it. A little later on, through the symposium itself, through written surveys, and through consultations with community organizers and with arts organizations in lots of different Asian-Canadian communities, this informal group began to develop a more robust sense of what Asian-Canadian artists need – primarily, according to their findings, visibility and connection. So, with Festival Accès Asie as the lead agency, they applied for and got grant funding to produce an online platform to meet those needs, called the CanAsian Arts Network. The project is also guided by what Tse described as a “digital council … which is a group of folks from all over Canada who are Asian-Canadian organizers, or are part of Asian-Canadian organizing arts groups.”

Much of the work of developing the platform was technical – it involved taking their insights into community need and figuring out how to implement a useful and accessible online space to address them. A key element of the site allows Asian-Canadian artists to make searchable profiles, including in-depth discussion of their arts practice and a portfolio. In conjunction with the site’s other tools for sharing content and for focused collective conversation, they hope that this will facilitate the growth of networks of artists in different communities. They also hope it will make it easier for Asian-Canadian artists to find and connect with opportunities.

Tse used his own filmmaking practice as an example of how this networking can work, and how it can benefit artists. “A huge part of me staying within the Chinatown organizing is being able to build connections outside, to other folks in their Chinatowns. So, you know, I’ve connected with people in Montreal, Toronto, Vancouver, and these kinds of connections have allowed me to share notes and think about certain tools and different strategies in thinking about community organizing in Chinatown here. So, yeah, those are the types of concrete ways that I can see these kinds of connections being built with other artists … Naturally, you’re going to find folks that you didn’t know in other parts of the country that are doing potentially similar types of themes or topics or practices.”

In the platform’s overall vision of justice and equity, Tse said, “Reconciliation or decolonization is a really important framework.” He said that like all non-Indigenous people in this country, people in Asian-Canadian communities are still learning and figuring out what that means for them. “So we have put that front and centre as a way to really prompt our community to also recognize that there’s work for us as a community, and as individuals, to really engage in how are we in solidarity with Indigenous community.” As the platform has developed, the CanAsian Arts Network has worked with an Indigenous consultant to ensure that such things are included in a substantive rather than token way. “What are the very specific actions and what are the specific concrete ways that we are furthering this conversation around Indigenous sovereignty and intercultural solidarity?” An important part of this work beyond the site itself involves catalyzing related conversations in Asian-Canadian arts contexts and bringing Asian-Canadian and Indigenous artists together for discussion and collaboration.

Tse also hopes that the network can be part of broadening some of the fundamental understandings that we have of the arts in Canada. He said, “We talk about changing paradigms, about the way that we look at arts” and have “hopes for a different language when it comes to who is an artist.” Often, these things are subject to a sort of “homogeneous labelling” that can sometimes exclude “cultural-based type of art.” Definitions for grants, exhibitions, or other forms of institutional recognition or support might, for instance, exclude certain kinds of visual arts, performance, or musical practices common in specific Asian Canadian (or other racialized) communities. And these definitions are “very much dictated by our governments, our arts councils, and our federal, provincial, and our municipal granting agencies in arts. For a lot of folks who are artists, they rely on these high-level decision makers and gatekeepers to tell us who is an artist and who is not an artist.” The platform is working to get past these exclusions in its own work, and is also involved in “signalling to our high-level systems that the artists within our community have signalled that they don’t necessarily feel included.”

More broadly, Tse hopes that the CanAsian Arts Network can be part of making conversations about equity and inclusion more complex and expansive. He said, “When we talk about the inequities that Asian-Canadians face in all types of sectors, we are lacking a lot of data. Really the only data that we know is pretty surface and already beaten into, I think, our society’s consciousness, [and that] is the lack of representation.” But he wants “more nuanced data and more nuanced ways of signalling to our systems that go beyond the representation piece.”

He said, “There’s a lot more that we can do when we think about, structurally, how do we create safe spaces and spaces where folks do feel empowered to improve our systems. How do we take some of these criticisms that are within this platform and within this community, and generate that to signal to our larger systems to say, these are the types of additional – I would say a bit more complex – ways of looking around how we can generate better systems. As an organizer myself, I’m really interested in seeing how a platform like this can really inform and make more complex and detailed feedback around how our infrastructures or our systems are changing, and how they potentially could change to make things more barrier-free and accessible and inclusive.”

In 2023, the network will be hosting 16 digital literacy workshops and other events to help Asian-Canadian artists build their knowledge and skills. The broader vision is to have the online platform of the CanAsian Arts Network and the periodic in-person Asian Heritage Symposium do complementary work, all the while continuing to evolve as the needs of artists and communities shift, and hopefully contributing to the larger ongoing work of developing an arts sector in Canada with a broadened understanding of the arts and more just and equitable practices.

Please read about the big changes coming for Talking Radical Radio in 2023!

Image: Used with permission of the CanAsian Arts Network.