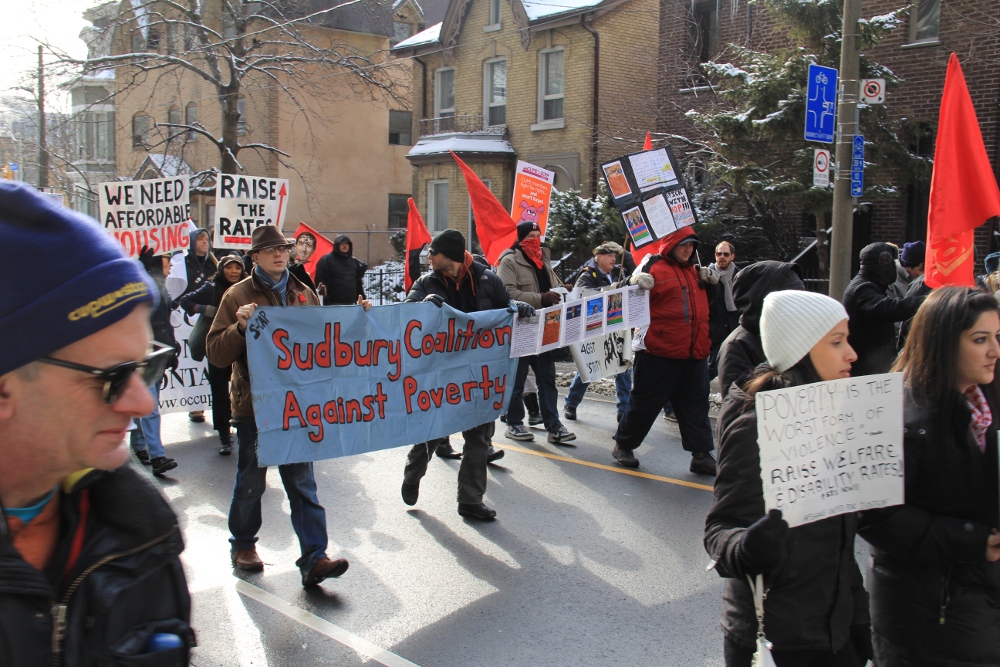 On Saturday, January 26, more than 25,000 people marched on the leadership convention of the Ontario Liberal Party to demand an end to the provincial government's austerity measures which, protesters say, amount to attacks on workers, poor people, and other ordinary Ontarians. The main march was organized by the Ontario Common Front, a provincial coalition of labour and community organizations initiated by the Ontario Federation of Labour. It was joined by a march of several hundred militant anti-poverty activists, including members of the Sudbury Coalition Against Poverty (see photos). The anti-poverty march began from Moss Park, took over one of the many abandoned buildings on their march route and did a banner drop demanding "Housing Now," and brought to the broader OCF action their message of opposition to the cuts made by the Liberals to the Community Start-up and Maintenance Benefit for people on social assistance.

For more on the day of action, see this report by John Bonnar.