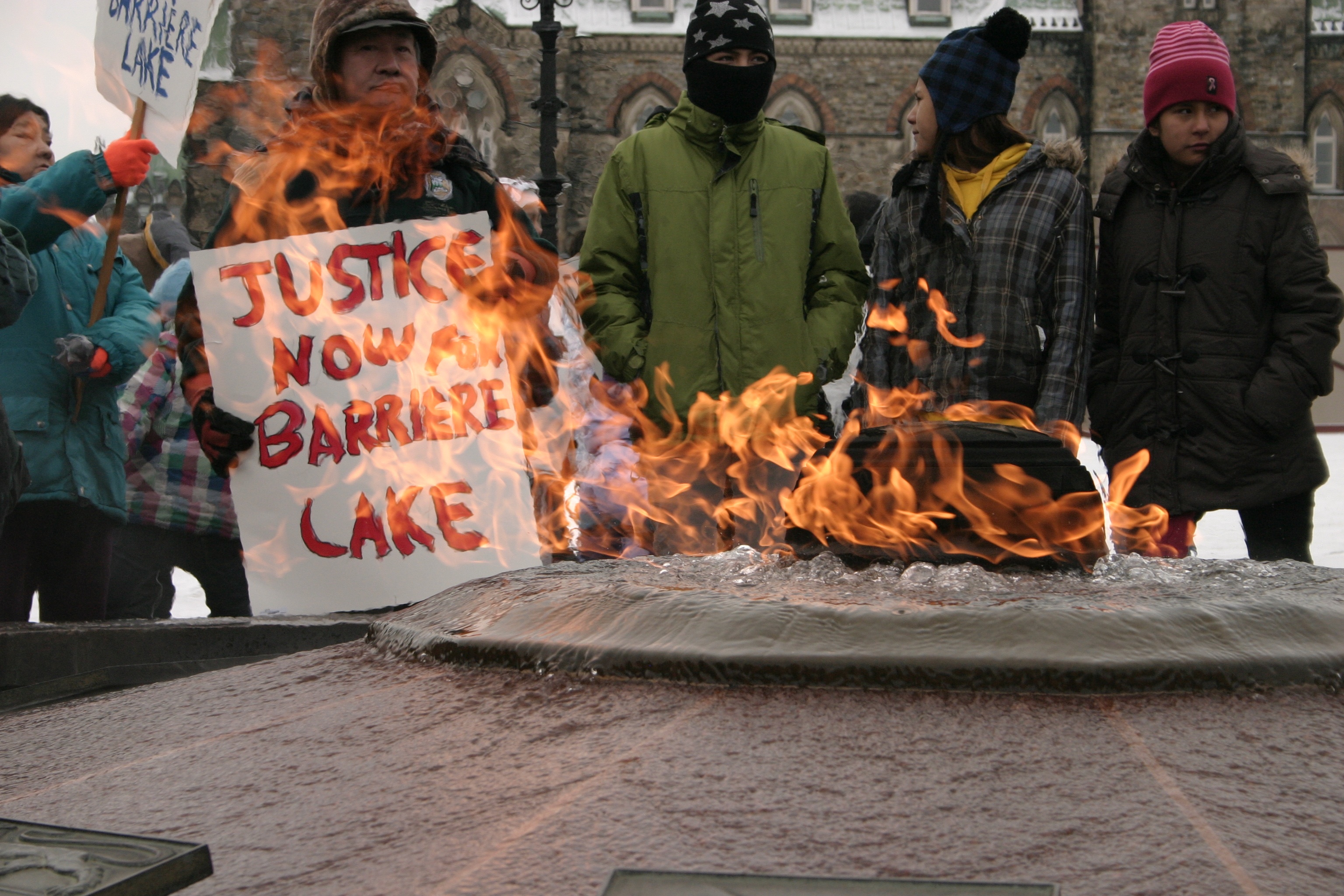 A mass demonstration by members of Barrere Lake First Nation and their supporters on Parliament Hill this afternoon (Mon Dec 13) was met by silence from Prime Minister Stephen Harper and Indian Affairs Minister John Duncan.

Members of the First Nation presented copies of the UN Declaration on the Rights of Indigenous Peoples and the community’s resolution against the government’s imposition of Indian Act elections to the offices of Harper and Duncan. No one from Harper’s office would accept the UNDRIP document from the Barriere Lake spokesperson, and at Duncan's office a police officer took the community resolution up to the front doors (which was barricaded off in a 'lock down' zone) where it was left sitting forlornly as no one from inside the building would open the doors to bring it in.

“We are here today because we don’t recognize the council that was imposed on us,” said Tony Wawatie, Barriere Lake community spokesperson, at the morning press conference. “The government used section 74 of the Indian Act to depose our customary government.”

For details on their demands, see www.barrierelakesolidarity.org