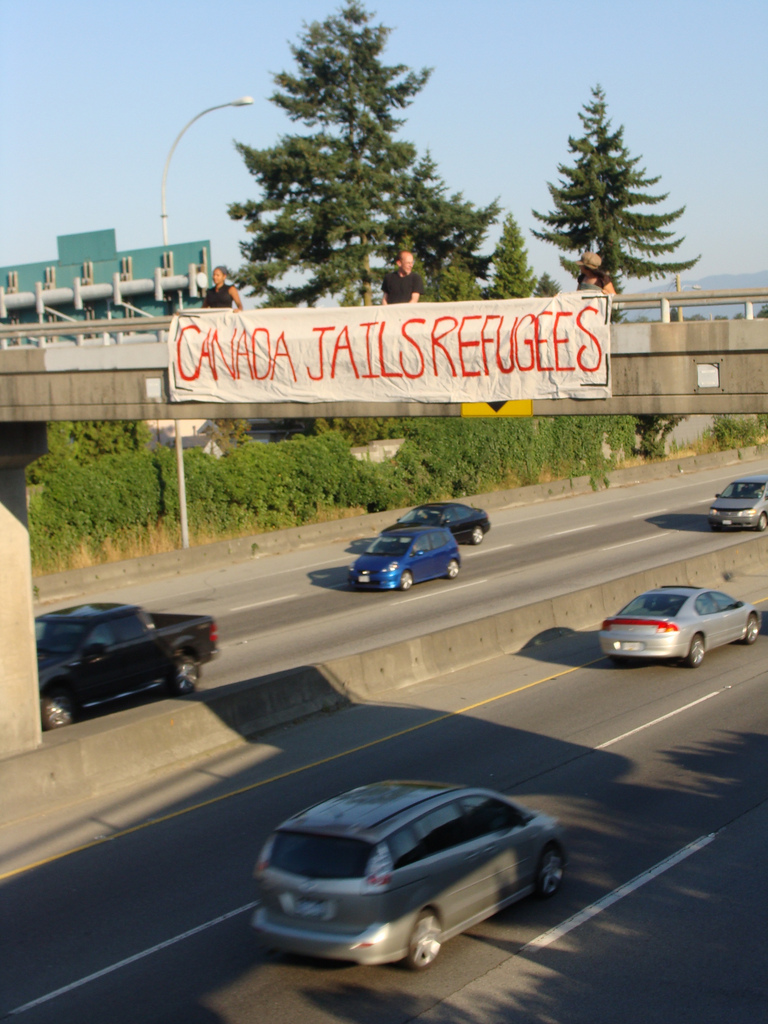 Migrant and refugee rights activists across Canada have occupied and dropped banners today as part of a concerted campaign against Bill C-31, which is being refered to as the The Refugee Exclusion Act. C-31 is the latest bill on immigration reforms introduced by Immigration Minister Jason Kenney, and which is being heavily criticized for proposing the removal of the permanent residency of refugees.

According to their press release:

The Refugee Exclusion Act (Bill C-31) creates a two-tier system of refugee protection that entrenches nationality-based discrimination, mandates jail for many asylum seekers, denies and revokes permanent residency for many who have already been granted refugee status, and violently targets and expels refugees and migrants from Canada. This Act also introduces intrusive biometrics data collection on all migrants and gives increased powers of arrest and detention to border guards. This racist and repressive new bill is a major roll-back on an already minimalist and exclusionary refugee system.

You can read the full release here: http://www.mediacoop.ca/newsrelease/10436.