Wave of #ShutDownCanada Actions Shows Support for Anti-Fracking in Elsipogtog

Wave of #ShutDownCanada Actions Shows Support for Anti-Fracking in Elsipogtog 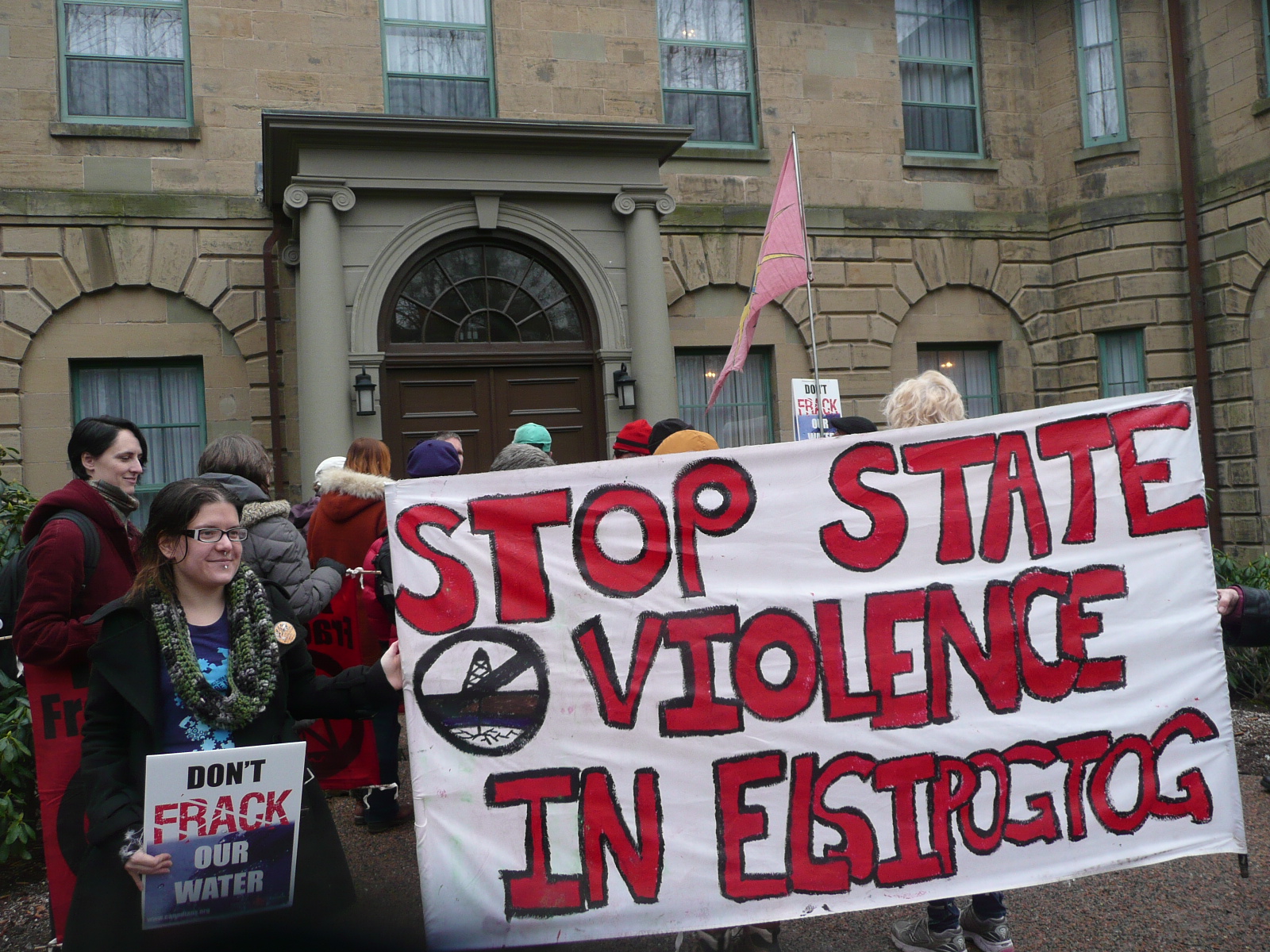 Across Canada and internationally, actions took place as part of #ShutDownCanada on Monday, Dec. 2. The day was called in solidarity with the ongoing fight against shale gas exploration in Elsipogtog, New Brunswick (near Rexton), on Mi'kmaq territory.

The fight against shale gas exploration by Houston-based company SWN has been ongoing since June 2013. The local Mi'kmaq community is concerned by the impacted that shale gas extraction will have on their territory.

Shale gas is extracted by hydraulic fracturing, or fracking, which entails a toxic cocktail of chmicals and extremely hot water being injected into the ground at high pressures to fracture the shale rock and release the enclosed gas, allowing it to reach the surface via a well. The proccess has been highly criticized for contamination of groundwater (both by the chemilcal cocktail and by gas which escapes through fissures and not through the well), the huge amount of water used in the process (by some estimates, 11 million litres over the life of a well), and geologicla effects - including an increase in small earthquakes in parts of the United States.

Mi'kmaq land defenders and allies have set up multiple blockades over the past several months in order to disrupt SWN's operations, including along Highway 11 and Highway 134. The blockades have led to the RCMP raids and injunctions against the protesters. The most recent injuction bans protesters from being within 20m in front or behind SWN equipment, or within 250m of the highway they are working along. Originally granted on Nov. 22 for 10 days, it was extended on Dec. 2 for another two weeks. At least five people have been arrested under the injuction since it was put in place.

#ShutDownCanada was called to coincide with the end of the injunction, and saw actions from Houston to Montreal, from Halifax to Vancouver. The photos above give a glimpse of the widespread support for the Elsipogotg community's fight against fracking.

In Elsipogtog itself, the protests continue. APTN reported Monday night on how land defenders danced and lit a fire on Highway 11 in defiance of the injuction.

For more on story of this ongoing fight against fracking, follow our coverage at the Halifax Media Co-op, or watch this video from the Stimulator.