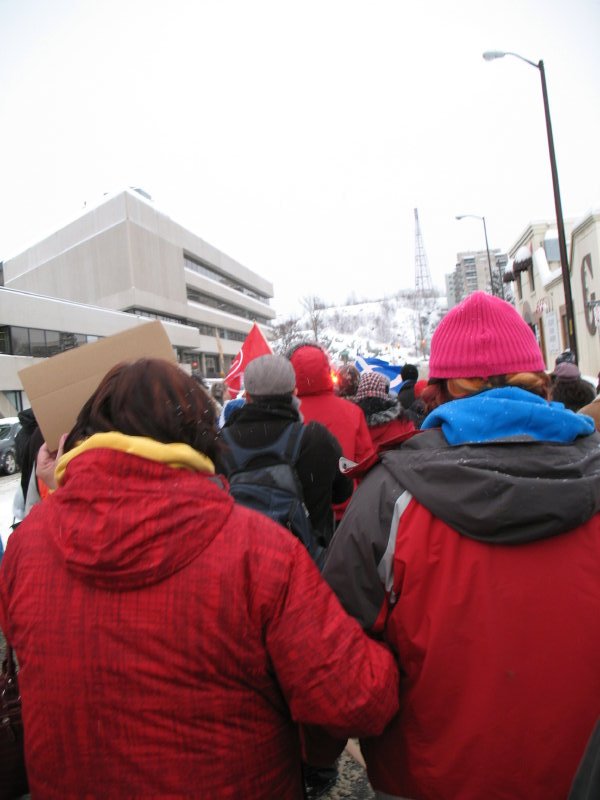 Despite poor road conditions, close to one-hundred indigeneous people and supporters were in downtown Sudbury as part of the January 28 Idle No More World Day of Action.  Drummers and flag-bearers led the march.  Round dances were held at two major intersections, and information leaflets were handed out to motorists.  The leaflets were printed from the Idle No More website, and began, "Idle No More calls on all people to join in a movement which honors and fulfills Indigenous sovereignity to protect the land, water, air and animals."  The march ended at the N'Swakamok Friendship Centre where drumming and discussion continued.