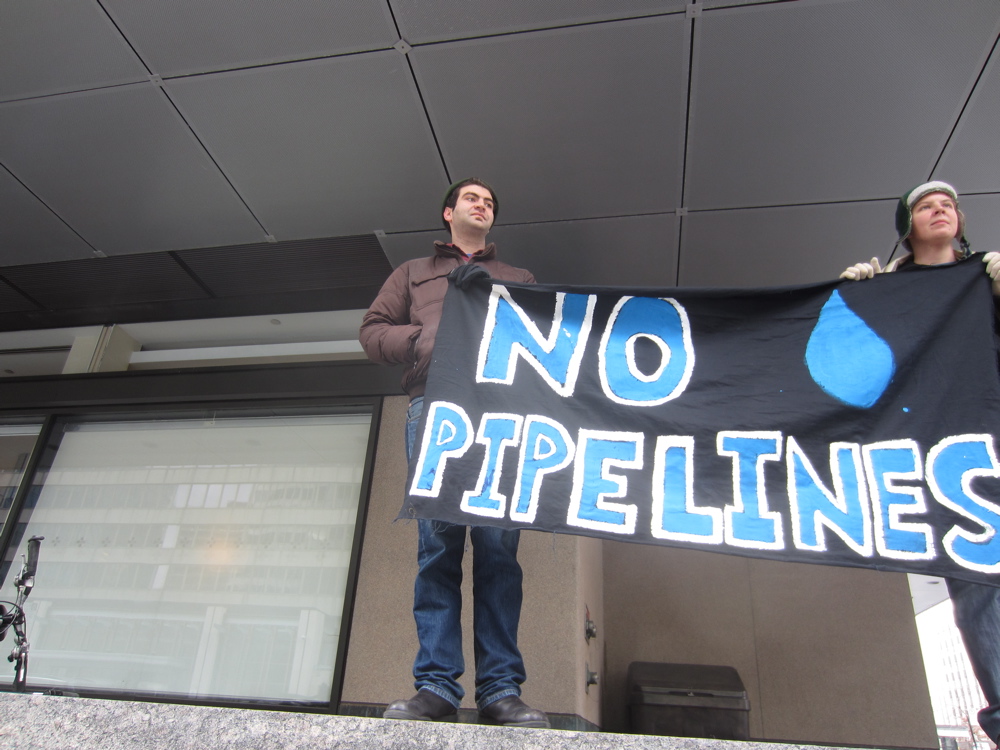 About 25 people gathered on a cold Montreal morning to express solidarity with the Unist'ot'en Clan of the Wet'suwet'en Nation and their refusal to allow the Pacific Trails and Northern Gateway Pipelines to cross their territory. For more information, visit the Unistoten Camp web site.

The group gathered in front of downtown offices of pipeline and tar sands investor Royal Bank. The crowd chanted, among other things: "no pipelines, no tar sands on unceded land," "Unistoten stop the frack, Montreal's got your back," and "Free, prior and informed consent, Montreal represent!"

The group later visited the offices of Jarislowsky Fraser Limited, which is involved in funneling investors to the $1 billion Pacific Trails pipeline project. Security guards attempted to prevent the group from reaching the 20th floor, where were were greeted Erin O'Brien, Chief Financial Officer and Partner at Jarislowsky Fraser. She was presented with a copy of a letter from Unistoten spokesperson Freda Huson. O'Brien stated that she did not have time to hear the letter read or invite us in, suggesting that we make an appointment instead.