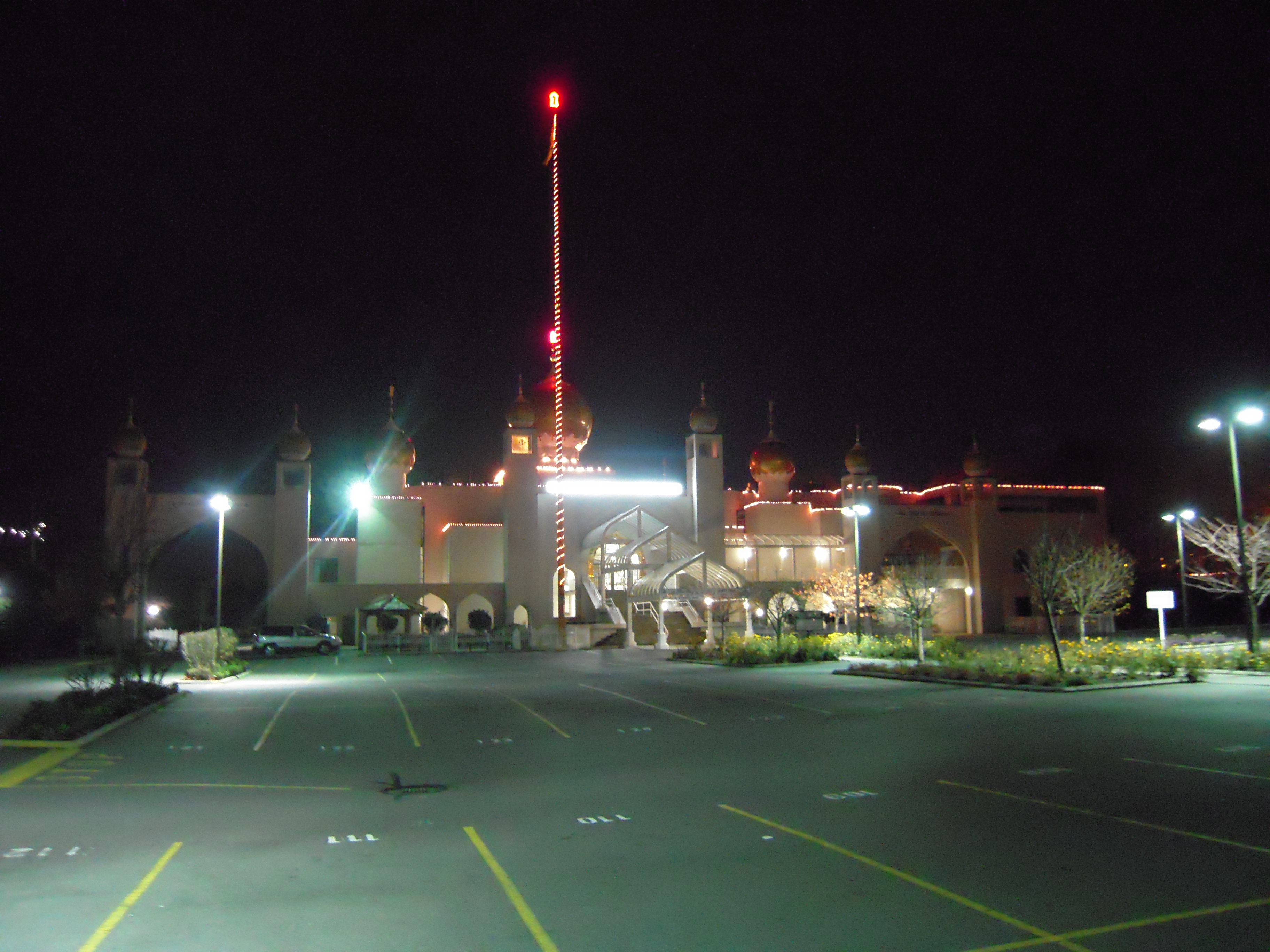 Question: How do turban-wearing Punjabi men, road-bike riding east-enders and satisfied stomachs relate? Answer: Free Indian-style dinner on Skeena 5th and at 7 PM every Monday thru Thursday. Don't get it twisted, because this simple idea has complex implications.

This is the story of how Preet Kaur Lidder's full tummy came-to-be via bike and turban. Akali Singh Sikh Society works to fill hungry bellies to those who come to 1890 Skeena Street. This story exemplifies a major issue in Vancouver, food security, from an affordability perspective.

Caught in a gap between university life and dog-eat-dog working struggle, Ms Lidder's financial status is borderline homeless. She can't afford to eat three meals a day and pay rent. After four years of university, she rushes between two jobs a day on her mountain bike. Her first check will be cut in 10 days. Until then she must stretch the bank while working in Kerrisdale, living near Cambie and biking as far east as Boundary Road. As she puts it, “I needa eat! I know there's more than enough food to go around in this town. Somebody can afford to feed me. And, I'm reconnectin' with my roots.”

“The idea is simple. There is always food in the temple. When you are hungry, you eat. As Sikhs, we do our best to lay no judgment by appearance. People of any culture are welcome to eat, by all means. As Sikhs we may judge based on action but not looks,” Jasbir Singh, the spiritual leader at the temple, explains.

A form of spirituality that evolved out of northern Punjab, India, Sikhism lays new roots in Vancouver. Preet Kaur Lidder a first generation Indo-Canadian raised Sikh describes Sikhism as, “Different for everyone. It's not about your god or my god. Religion is nothing but a product of certain time and place but everyone's prayin' to the same spirit.”

Jasbir details the rituals involved in eating at the temple, “Respect. We show this by sitting properly at a table when eating. It is disrespectful to eat or drink standing up. Hands are to be clean. Take as much as you can eat easily. Don't waste.”

Don't waste. This is common practice in northern India. Perhaps because some may be included in the“2.5 billion people still live on less than $2 a day;” as reported by the Human Development Report in 2005. While frugality customary practice for Sikhs, it has not entirely caught on for visitors to the temple. According to the Marion Nestle (author of Food Politics), roughly 2 billion are overfed. Frugality is a practice that is not often executed in relation to foodstuff in North America. Ms Lidder notes that when she is receiving a plateful of dinner at temple, “I always forget to ask them not to pile on the dessert. It ends up being so much food that I'm either stuffed or throwing food away. Either way it's no good, know what I mean jelly bean?”

For two billion people on the planet, food sources are insecure due to lack of affordable meals. According to the Canadian Food Bank, “For 1 in 6 Canadian families, work does not pay enough to live and eat.”

“Donations are made by people who attend temple services. Both food and money,” Jasbir Singh humbly explains from where funding comes. I asked Jasbir if people who come to temple just to cop a meal are required to give anything back. “Not to us,” he responded, “Just as long as they give good karma in someway.”

Food plays an important role in Sikhism just it does in every religion. Food is offered to the public because, “It is the true love of god. Our bodies are the temple of god,” Jasbir relates his take on an ancient Sikh tradition of always providing free meals at the temple. For him, food security is not an environmental issue but a social one. If the society in which he lives is able to feed its community then he is happy to provide.

As Ms Lidder treks via bike to fill her belly, Sikh turban-wearing men will greet her at the destination with a plate full of Indian dinner. Temple hours are 5AM to 8PM everyday, service begins at 5:45 twice daily. At the end of meal, Ms Lidder asks an interesting question, “Why is it that I have hustle me and my bike from Kerrisdale, a very well-off neighborhood, to Boundary just cop a meal?”