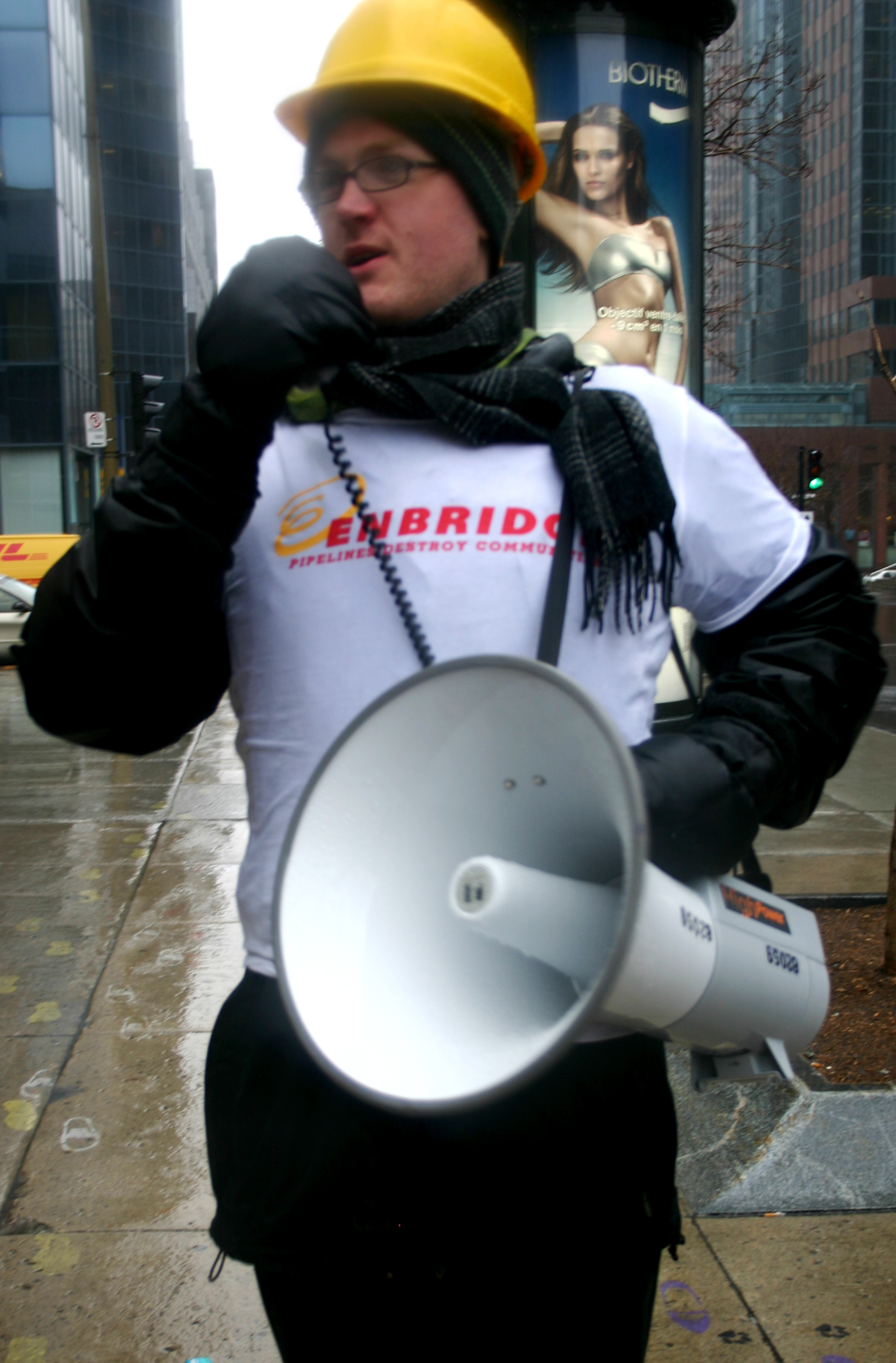 Several people have locked themselves to infrastructure of Enbridge's Line 9 pipeline this morning, Dec 7, near where it crosses the Ontario - Qubec border in the municipality of St-Justine-de-Newton. This action has caused Enbridge to stop the flow of oil as of now.

The 40-year old pipeline recently got final approval from the National Energy Board (NEB) to have its flow reversed, and has begun moving heavy western oils from west to east, it has been reported. There has been strong opposition along the line for a variety of reasons, including Line 9's role in tar sands expansion and climate change.

Safety is being brought up today by participants. “It is unacceptable that Enbridge can go forward with the Line 9B flow reversal while communities along the route have not received the necessary contingency plans in the event of an emergency,” said Jean LÃ©ger, a community member from the Lower Laurentians.

Another participant, Will, says “It is unthinkable that we could start shipping this oil to Montreal without the free, prior and informed consent of First Nations”. The Chippewa of the Thames First Nation near London, ON, is going to the Supreme Court opposing the Line 9 project, claiming that they were not adequately consulted on the project, which is a violation of treaty agreements and Canadian Charter obligations.

The former mayor of St-Justine-de-Newton, Patricia Domingos, has visited the site along the Line 9 route to show her support for the action, reports 99% Media.

It is also reported that as of 10:15 am on Monday the SQ, the Quebec provincial police, had arrived on the scene.

UPDATE, 4:12 pm: A video from subMedia.tv "This is how you shut down a pipeline." shows a participant in the action shutting a valve in the Line 9 pipeline this morning, Dec 7.