Not much hope for bill proposing 10 employer-paid sick days being debated Thursday, April 22
by
Fernando Arce 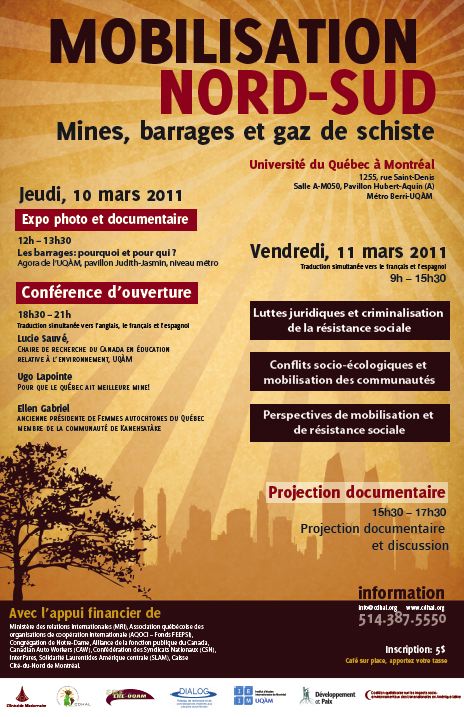 Activists who’ve fought Ontario’s Progressive Conservative government to get them to implement paid sick day legislation for years – to no avail – are now wary of its sudden and vague about-face.

Given Premier Doug Ford’s use of the government’s legislative majority to shut down every partisan bill and grassroots actions demanding paid sick days to date, nurse and activist Carolina Jimenez said she was “wary” anything substantial will come of a bill being debated Thursday, April 22.

“They’ve ignored our calls since the outset,” said Jimenez, who is also the coordinator of the Decent Work and Health Network (DWHN). “So, it doesn't make a whole lot of sense to me. The devil will be in the details.”

Liberal labour critic Michael Couteau’s Bill 247, the Paid Personal Emergency Leave Now Act, proposes to give employees up to 10 days of employer-paid emergency leave for a variety of reasons including personal illnesses and medical emergencies.

Bill 239, the Stay Home If You Are Sick Act, was a government-paid sick days bill put forward by the NDP in December and shut down on March 1 after 50 Tory MPPs voted against it. There are 71 Tory MPPs.

That’s what makes Jimenez worry that any actions Ford takes will be desperate, temporary “half-measures” anchored to the COVID-19 pandemic, falling short of the specific demands groups like the DWHN have been making for years.

So far, the government has deflected all responsibility, hinting that their program will improve on “gaps” of the federal Canada Recovery Sickness Benefit (CRSB). Health Minister Christine Elliott said as much on Tuesday when she announced they were “considering...alternatives” to the CRSB, according to a CityNews report.

But CRSB offers protection only “after-the-fact,” explained Jimenez, once the person is already sick and must self-isolate, whereas a provincial paid sick day program is preventative.

There’s also other eligibility criteria for the CRSB that excludes “a lot of workers,” she said, citing findings from a 2020 DWHN report titled, “Before It’s Too Late: How to Close the Paid Sick Day Gap During COVID-19 and Beyond.” These include people who have not made $5,000 in the previous year, undocumented workers, those with no access to internet and immigrants with language barriers. Additionally, CRSB payments are retroactive, meaning they could take weeks to arrive and they are often less than the equivalent of minimum wage.

Only a provincially legislated paid sick day program would take care of these barriers, Jimenez asserted, because it would focus on making paid sick leave “seamlessly accessible” to all workers before any one symptom can turn to a full-blown illness. That’s important because if people are able to stay home when they are only beginning to feel ill – and thus when they are “most infectious” – without the fear of losing that day’s pay, it will directly quell the rise of COVID cases.

“But if people know that they’re not going to be eligible, they can’t gamble with their financial livelihood,” Jimenez said.

A disingenuous change of heart?

Shortly after taking office in 2019, Ford repealed the minimum wage and the two paid sick days – hard-won victories implemented by the previous Liberal government. The DWHN were one of many groups who immediately took to the streets to relentlessly demand the government implement seven employer-paid permanent provincially legislated paid sick days throughout the year as well 14 extra ones during a crisis for all workers.

The government has spent years denigrating activists and spreading misinformation about paid sick days, with Ford going as far as calling them a “waste of taxpayers money” mid-pandemic.

Jimenez said activists have been “vilified,” referencing press conferences and other moments when the Ford government has done everything from “belittling the movement” and “talking down” to activists to calling paid sick days “disingenuous” and claiming it is partisan politics.

As someone who's been at the front lines both as a nurse taking care of COVID patients as well as an activist demanding protection for workers, this relentless attack has been exhausting for Jimenez.

“We’re not playing politics, because what we care for is our patients’ health,” she said, the frustration coming through in her voice. “We simply don’t want people to die. Is that disingenuous?”

Minister Elliott’s announcement on Tuesday was also emerging at the same time as the government was forced to publicly rescind sweeping pandemic powers given to police the previous weekend, and to open playgrounds following public outcry. To Jimenez, it sounds more like damage control over the “embarrassing debacle” than listening to public demands, which would have meant protecting workers’ health and jobs rather than punishing people.

“They point-blank lied to our face,” she said, referring to the more than 12 months the government has been claiming the federal CRSB is enough, only to now say it isn’t. “So, it’s hard for me to trust anything they have to say.”

Elliott’s announcement also came the same day Ford’s office released a statement saying he was self-isolating after being in close contact with a staff member who’d tested positive for the coronavirus.

Though it wasn’t explicit about it, the Ontario Public Service (OPS) Careers website states that OPS “offers a competitive compensation package” which may include, among others, “paid and unpaid leave for...short-term sick leave.”

“It’s ironic, and it directly speaks to his privilege,” Jimenez said, asserting Ford had access to paid sick days as a public employee.

“Now, he has lived experience...So, I hope it dawns on him and the rest of the Conservative government what the real-life implications of this are.”

On April 21, during Question Period, Ontario NDP Leader Andrea Horwath tried to elicit some information from the government, but to no avail.

Asked repeatedly if the government would commit to any specific timelines for implementing a paid sick day program, or on specifics about the amount of days proposed, Ontario government house leader for the PCs Paul A. Calandra gave nothing of substance, responding only that the government would “be coming forward with additional enhancements in the very near future” and “very quickly.”

A clear indication of the government’s lack of willingness to hear from others on the subject – a pattern followed since it took office – came when Calandra was asked if they would at least debate a motion on it set for the day.

“We will not be supporting that motion because it is vague (and) it does not provide enough specifics,” Calandra eventually answered.