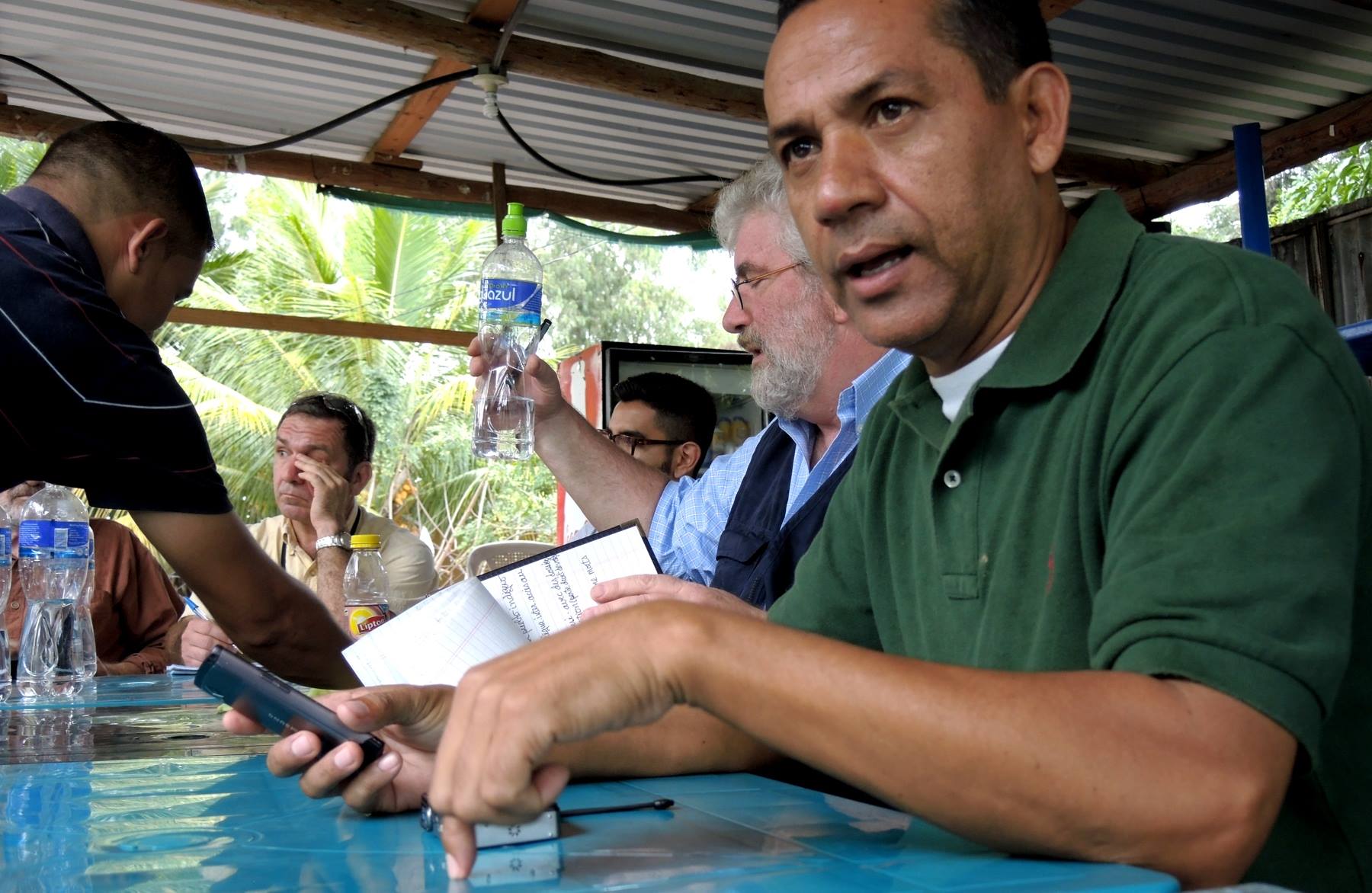 Translated from the original in Spanish posted by Honduran journalist Dina Meza on February 14th on facebook.

Carlos Amador, an environmentalist and communicator from the Siria Valley in Honduras, is denouncing that over the last few months he has been watched and followed by unknown individuals using vehicles with tinted windows and without license plates. He attributes this situation to the work he does in the area in defence of the environment and through exercising his freedom of expression through local radio and television programs.

Amador is a well-known environmentalist and member of the Siria Valley Environmental Committee that has spoken out against environmental contamination and deforestation due to mining and logging. This struggle has brought with it legal persecution.

On July 5th [2011], operating under an arrest warrant from the Public Ministry, Amador together with Marlon HernÃ¡ndez from the Siria Valley Environmental Committee were temporarily detained by local police and given a prison sentence with substitute measures such that they had to sign in every 15 days at the court house. 15 other people had to follow the same procedure. All were accused of having obstructed a forestry management plan in the community of Tepalitos, in the municipality of El Porvenir, illegally granted in 2009.

Ten months ago, Channel 14 opened in the community of El Porvenir where Amador directs the program “In Contact with the News”, which is broadcast Monday to Friday from 7 to 8pm. The program covers environmental issues in the Siria Valley, including information that a new mining company will initiate operations in three communities of the Siria Valley.

Being followed since November 2013

The environmentalist is afraid for his life, given that since last November motorcyclists have been following him every time he goes to Tegucigalpa to carry out different errands and to meet with other environmentalists. “A black motorcycle has followed me on four occasions,” he stated with worry.

But the watching and following is also happening in his own community, near the school where he works as a teacher, as well as around the television station where he broadcasts his program, as well as a radio program called, “The Direct Line with the People”, broadcast on Saturdays and Sundays, during which the local environmental struggle is regularly discussed and the opening of new mining operations rejected.

He mentioned that on January 15th of this year, a man arrived at his school and said that he had come because he was interested in  sponsoring children. He noted, “What is disconcerting about this case is that he drove one of the two cars that were parked outside during his television show. I realized this when I noticed that he was driving a grey vehicle without licence plates and with tinted windows, similar to the other vehicle [he had seen it with] that is white with a double cabin.”

The environmentalist movement of the Siria Valley, with support from Dr. Juan Almendares Bonilla, a doctor, physiologist, investigator, past Rector of the National Autonomous University of Honduras (UNAH) and member of Friends of the Earth International made nationally and internationally known on November 2, 2011, their concerns over the impacts of environmental contamination on the residents of the Siria Valley in the department of Francisco MorazÃ¡n, where Goldcorp operated until about 2008.

Concentrations of lead have been found in a number of people analyzed that are above acceptable levels according to World Health Organization (WHO) standards. The mining company began operating in Honduras in 2000 and closed its mine in 2008, however, despite serious impacts on the health of residents in the municipalities of Cedros, San Ignacio, and El Porvenir, all located in the Siria Valley, to date, the company has not compensated those affected who continue to live with the consequences of contamination.

Not another Entre Mares

The tireless struggle of Carlos Amador in defence of the environment is what makes him run risks. He says, “I don’t want another Entre Mares because it has left us with serious consequences in the Siria Valley.”

Since 2011, residents of several local communities have noted that agricultural equipment for tilling the soil would arrive and then leave covered up with tarpaulins. Later on they realized that in the community of El Suyatal, in the municipality of Cedros that a mining concession had been granted without prior community consultation.

In addition to this situation in the Siria Valley, environmentalists in Santa Barbara have been struggling as part of the Santa Barbara Environmental Movement for which they have also suffered persecution and threats.

In Nueva Esperanza near the town of Tela, in the department of AtlÃ¡ntida, two members of the Honduras Accompaniment Project (PROAH), Daniel Langmeier and Orlane Vidal were abducted [for several hours at gunpoint in July 2013]. PROAH is an organization that works to prevent or deescalate high risk situations in which the lives of human rights defenders in Honduras are at risk.

The company Minerales Victoria has been operating in this area. The company’s project started up in the community without adequate prior consultation and against their will. Armed guards regularly intimidate the community, threatening those who refuse to sell their lands to Lenir PÃ©rez, as well as others who have organized to peacefully oppose mining.

The Indigenous Lenca people who are part of the Honduran Council of Popular and Indigenous Council (COPINH by its initials in Spanish) have undertaken an ongoing struggle to demand that development of the Agua Zarca hydroelectric project stop for having violated their territory, privatized their water through concessions, including the Gualcarque River and its tributaries for more than 20 years, and for destroying cultural and economic heritage that also means displacement and loss of their inalienable human rights to water, and violation of Convention 169 of the International Labour Organization (ILO).

This overall situation has gotten worse with the coup d’etat in 2009 that gave way to the granting of national territory in concessions to mining companies and transnational hydroelectric firms in association with national companies and individuals who have a lot of economic and political power in Honduras.