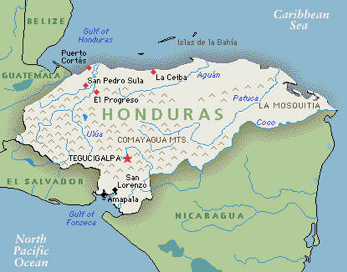 About 100 people have gathered at the Old Court in Toronto this morning in support of local activist and organizer Alex Hundert, who was taken into police custody on Friday night by Toronto police.

Hundert, one of the most outspoken critics of the G20 and the police crackdown on those who participated in the Toronto protests at the end of June, was reportedly arrested at around 10:30pm yesterday following his participation on a panel at Ryerson University. The panel was entitled, “Strengthening Our Resolve: Movement Building and Ongoing Resistance to the G20 Agenda.”

Police have said that his participation on this and other panels amounts to a breach of one of his bail conditions stipulating he can not participate in a public protest. Hundert is scheduled to appear in court sometime today.

Hundert was originally arrested on the morning or June 26 before the G20 protests began. He is co-accused with over a dozen others on conspiracy charges relating to the protests, and has been labeled a protest "ringleader" in the media. He is currently out on bail with strict conditions.

“We are outraged at Alex’s re-arrest. He was speaking at a panel discussion in a university classroom alongside professors, which is clearly not a public demonstration," said No One Is Illegal organizer Mohan Mishra in a statement to the press. "This is yet another attempt to silence Alex, and is a strong indication of the police's intent to criminalize ideas, dissent, and effective community organizing.”

Hundert and his partner and co-accused Leah Henderson had both previously been threatened with re-incarceration for breach of bail conditions over interviews they had granted to the press. This included an interview he granted to the Vancouver Media Co-op, and republished in The Dominion.

Hundert's re-arrest comes as police have continued to make arrests in the months following the protests. Juan Pablo Lepore, an Argentinian documentary filmmaker, was the latest to be arrested in early September. He remains in Toronto police custody awaiting bail on charges of mischief exceeding $5000, mischief endangering life, and assault. Supporters say he is being targeted because of his work as an indymedia journalist.

Despite what many see as a concerted effort to criminalize protest and freedom of speech, community organizers say they will continue on.

“Though many of our members have been arrested and are facing trumped-up charges, our movements will not be silenced. We will continue to organize against the G8 and G20 leaders and their corporate villains that pillage the earth with industrial projects and profit from war,” Rachel Avery, a member of Anti-War at Laurier (AW@L) and a music student at Wilfrid Laurier University in Waterloo, said at the same press conference as Mishra, earlier on Saturday.