QuÃ©bec's radical imagination and the battle against austerity

QuÃ©bec's radical imagination and the battle against austerity 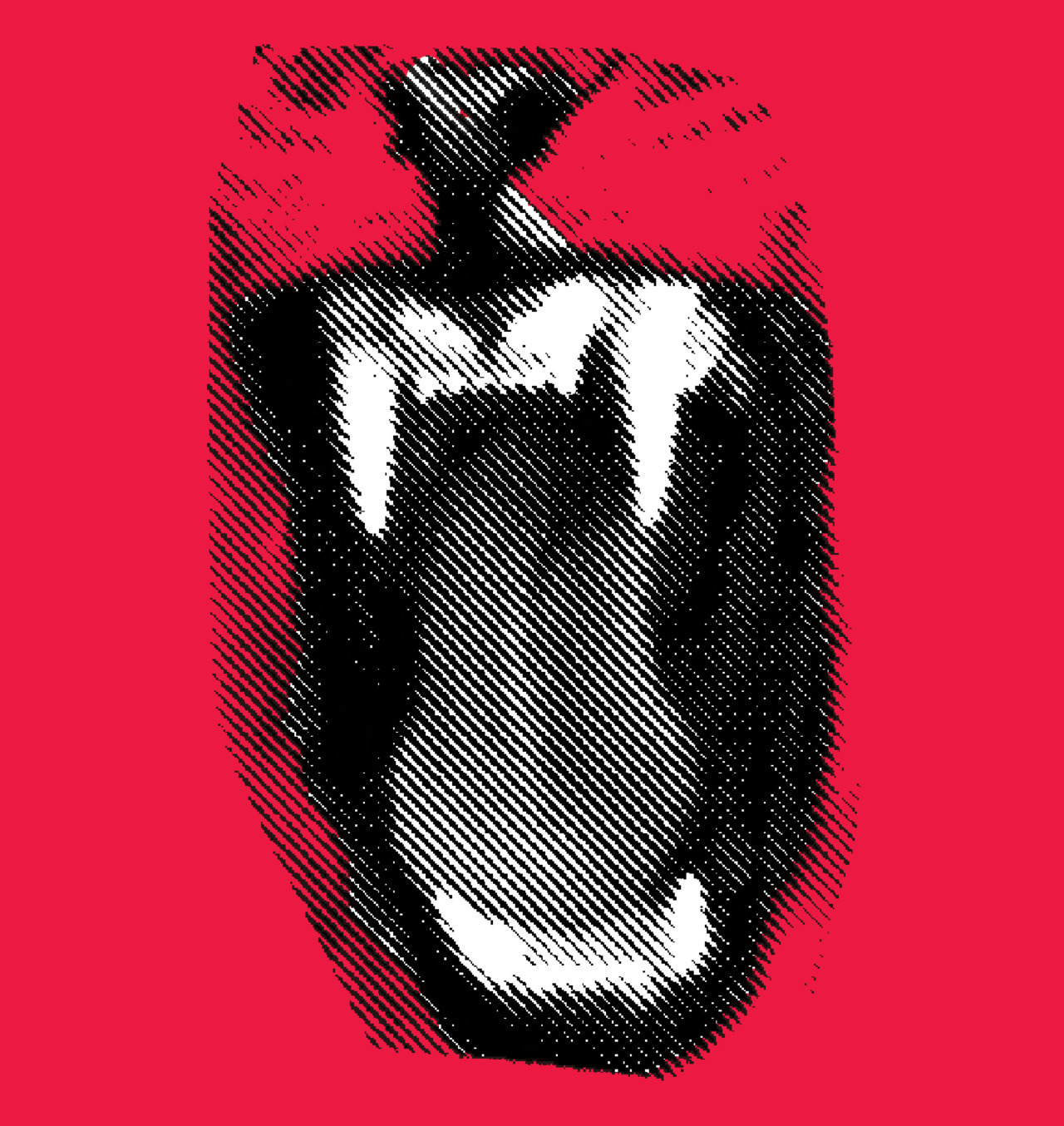 The social violence of current austerity measures has cracked open a new political energy on the streets in QuÃ©bec.

A grassroots movement to overturn this recent wave of austerity has been building over the past months, as thousands upon thousands join street mobilizations that aim in different ways to refuse the Parti LibÃ©ral du QuÃ©bec's major attack on public institutions, that takes place in parallel to sustaining corporate tax cuts that statistically benefit the economic and political elite.

What is so important about this emerging movement, full of intense political contradictions, is the political diversity and the extensive community roots. Clearly the QuÃ©bec student strike in 2012 and many other social movements of generations past are inherently connected to the current mobilization in terms of the popular imagination, but also in terms of organizational process.

Although simplistic political nostalgia for important past mobilizations can act as a conservative force, undercutting current and critical energy, today, at a grassroots level in QuÃ©bec, many people are looking to 2012 with a constructively critical eye, as collective experiences and reflections from the massive strike extend into contemporary discussions and debates.

Until today, a legislative repression hangover from the 2012 strike remains, with the P6 bylaw that officially bans free protest in the city still on the books, used by police to arbitrarily attack popular actions on the streets, including the May Day demonstration last year. Constructing a long term movement against austerity needs to also struggle to overturn repressive legislation like the P6 bylaw, that extends the ability for state authorities to undercut and stifle popular organizing.

Fortunately the current anti-austerity movement today in QuÃ©bec is broad, decentralized and determined, as many key organizational hubs are moving the broader process away from staged managed protests that fail to invoke the spirit of syndicalisme de combat, so key in pushing the 2012 student strike toward a larger social uprising.

One key element to this more grassroots spirit is the ComitÃ© Printemps 2015, a network of student and community activists working toward an unlimited strike this upcoming spring.

Beyond planning for spring, this organizing effort is rooting a longer term process in current action, including support for multiple « manif de soir » actions, night demonstrations, often autonomously organized and certainly falling outside of compliance with P6.

Similarly to 2012, one important organizational aspect to the current process is the diversity of organizing spaces and initiatives, often operating in parallel, and also at many times together, all broadly creating momentum toward the ideal of a popular strike against austerity in the spring. Certainly current debates within the movement, like on the terrible decision by major QuÃ©bec unions to comply with the P6 law yesterday, are extremely important in terms of shaping the long term ability to truly confront the political injustice of austerity being imposed by state and corporate power in QuÃ©bec.

Another challenge to the current anti-austerity movement are the conservative aspects of QuÃ©bec nationalism involved. Broadly speaking, there is an incredible history of struggle for social and economic justice that many in QuÃ©bec identify as essential to the QuÃ©bÃ©cois political identity, most certainly elemental to the current mobilizations, however many contemporary critiques on the ways that conservative and colonialist narratives also work to mobilize QuÃ©bec nationalism are extremely important to highlight at this time.

In 2012, the Parti QuÃ©bÃ©cois (PQ) clearly worked to both co-opt and undercut the strike. Although the PQ political machinery claimed at times to support the movement, the political reality at play was very different.

After winning an election contest that clearly exploited and undercut the political spirit of the student strike, once in office (as largely expected across the grassroots left) the PQ failed to address all the key elements to the Liberal austerity agenda, instead reformulating the post-secondary tuition hike and pushing forward their own array of austerity measures.

Beyond austerity, the PQ fully embraced a racist nationalism, embodied by La charte des valeurs, clearly aiming to distract public debate away from the austerity measures by attacking racialized communities. PQ politicians were aiming to redirect and undercut the spirit of solidarity and radical imagination awoken during the strike, pushing social violence instead, with austerity and a racist nationalism as the tools, all equaling real attacks against already socially and economically marginalized communities, political tactics parallel to right wing political forces across Europe today.

Today, the Liberal government in QuÃ©bec, largely elected for their opportunist campaigning against the charte des valeurs, took an electoral victory rooted in public anger at the violent mobilization of racism by the PQ and cynically redirected their mandate toward continuing efforts to slash our communities with austerity economics. All this clearly illustrating that an end to austerity won't come from the political class, as battles between the PQ and the Liberals are essentially manipulative public theatre acts carried out between rival political gangs competing for power, ending austerity is going to come from the grassroots, the streets, a process of reimagining our communities and our lives beyond the oppressive colonial structures that currently define the political mainstream.

Statistics clearly speak to the PQ and Liberal consensus on austerity, according to documentation from the Institut de recherche et d'informations socio-Ã©conomiques (IRIS), from 2000-2008 both PQ and Liberal governments together took economic policy decisions that cut as estimated $9.8 billion in public revenues, funds denied through tax cuts and deductions largely favouring the wealthy and corporations.

This full embrace of violent austerity measures across the political class in QuÃ©bec, clearly illustrates that our current grassroots political battle rests with all the unaccountable politicians walking the halls of power in QuÃ©bec City and the larger neo-colonial capitalist system that fundamentally sets the terms of political and economic policy in QuÃ©bec and beyond.

Addressing this larger context and framework, is part of the ComitÃ© Printemps 2015 mobilizing process, important because one of key lessons from 2012 is to fight back all attempts by PQ politicians and beyond to co-opt the movement. Also essential to addressing this reality is locating our struggle against austerity within an anti-colonial context, challenging conservative QuÃ©bec nationalism and also Canadian colonialism, orienting our struggles beyond conservative frameworks of mainstream politics.

Austerity in QuÃ©bec is driven by a corporate capitalist system that is colonial in nature, illustrated clearly by the current Liberal government’s moves to push forward with Plan Nord in parallel to austerity economics. As austerity works to widen major public funding gaps, for institutions like hospitals, schools, social housing and daycares, public finances all lost to massive corporate tax cuts, politicians like Philippe Couillard argue that this funding shortfall will be covered by pillaging indigenous territories in QuÃ©bec’s north, with major mining, oil and logging projects.

Although in reality a major amount of the profits from such “development projects,” political code in this case for the extended theft and destruction of indigenous lands, will clearly remain within the corporate sector, although politicians argue that there will be significant benefit for the larger public, past experience shows us clearly that this wont happen in any meaningful way.

In this context, a key debate within the anti-austerity movement in QuÃ©bec is around working to situate our struggle as directly supportive toward anti-colonial indigenous land struggles. Reclaiming our communities from the violent grips of austerity, can also equal collectively undercutting the many contemporary realities of colonialism. In this context, indigenous voices and an active effort to highlight the direct link between colonialism and austerity, must be front and centre to the current movement.

In many ways the political battle against austerity today in QuÃ©bec, is at the roots about questioning the fundamentals, about overturning the free market fundamentalism that rules political and economic policy. As this mobilization against austerity builds over the upcoming weeks and months, the radical reimagining happening as part of the mobilization process is both essential and inspiring. In fact this radical imagination is the heart of the fighting spirit of the 2012 strike, pointing to a spirit of liberation and solidarity echoed by people’s movements all around the world.

Stefan Christoff is a writer, community activist and musician living in MontrÃ©al @spirodon who is involved with ComitÃ© d'action solidaire contre l'austeritÃ© - CASA