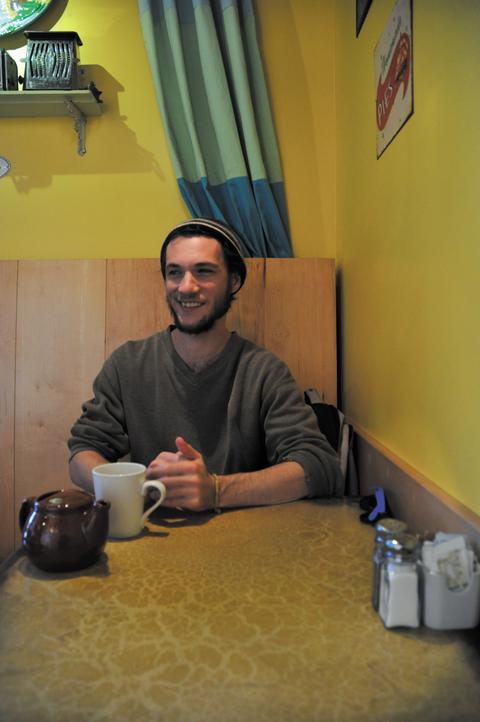 How did you get involved in trying to start a local media co-op?

I was corresponding with Montreal Media Co-op founder Dru Oja Jay and he expressed a kind of interest in the idea of a local in Calgary. I had been a member of the media co-op for about two years, the national. As I was more active, I was just more interested in what that means to be local. How they operate in Montreal, Halifax, Vancouver and Toronto — how they operate and what that might mean for Calgary. I started to put the word out there and it was very well received by Dru. He basically encouraged me to get together with others and talk about the idea and consider what is independent media in Calgary. Basically what I found is that many people are interested in their own projects, in terms of starting their own papers, but the difference here was that I was interested in connecting that kind of activity with a national co-operative site.

So, what’s set up right now?

Basically right now there is a Calgary Working Group as part of the Media Co-op and that has about 130 members, since 2009. All different kinds of stories have come from that. But in the past two years since I was writing with the Media Co-op, I found not many people contributing to the Calgary Working Group. I was just wondering about where is that understanding in Calgary in terms of this great engine of independent media and this source for people to get involved in media activity. So I went to different people who were involved in co-ops, like co-operative housing, and I talked about the idea and started to get it out there and I posted flyers and things about meeting with people. Initially I got three people that were very actively engaged in promoting and organizing the idea. Those were Melissa Manzone, she’s from Montreal but she lives in Calgary and she has a masters in journalism. Then a journalism student at MRU who has a certificate from SAIT in journalism and he’s still a student, and then another young woman named Chelsea Pratchett, who has done a lot of multimedia work — she has alternativemediayyc.com. Basically the next step was I applied for a small grant through the Arusha Centre, a Take Action Grant, that I received. I just started, DIY, working with Melissa who was editing articles with me, and also doing video interviews with people, and then through Alternative Media YYC I was organizing podcasts as weekly contributions. This small amount of funding is just an encouragement to the people here that might consider the idea of a local media co-op in Calgary.

How so? Would you use that money to pay them?

Yeah. The money has been used to pay contributors. Encouraging people with honorariums. To pay editors. To pay people organizing even. If they’re putting dedication into that, we consider that and we want to value their efforts. It’s a very free grant that I received.

How are decisions made? I come from more traditional media where decisions are made by editors. Who makes decisions in a co-op?

I’m really learning myself because I’m new to the co-operative sphere. But I’ve been really trying to figure out in terms of how the application of the co-operative organization works in relation to this. How we want to organize it is in a way that everybody has a share of the company, the collective. For me, this is really a learning process, in terms of how a co-operative organization works. Part of the funding I received, I’m putting into going to a conference to learn about worker co-operatives in Edmonton. Part of the forward process of this idea is really generating that structure. Right now, we’re at a very initial stage.

Why do it? A response to the media that exists? Do you think the media isn’t doing its job?

I think, to me, there’s that. I don’t want to be too reactive. I think it’s more about having a sense of imagination and taking things into your own hands, and really learning by doing in a way where the kind of media that I want to see is one that doesn’t just tell you about something, but incites you to action. The page is not the end of the matter.

So more of an activist slant.

Yeah, more of a fact that this is part of being more involved. Journalism should be about being involved.

This piece, as published for The Media Co-op, is an excerpt from this week's Your Face Here interview featured in Fast Forward Weekly on October 31