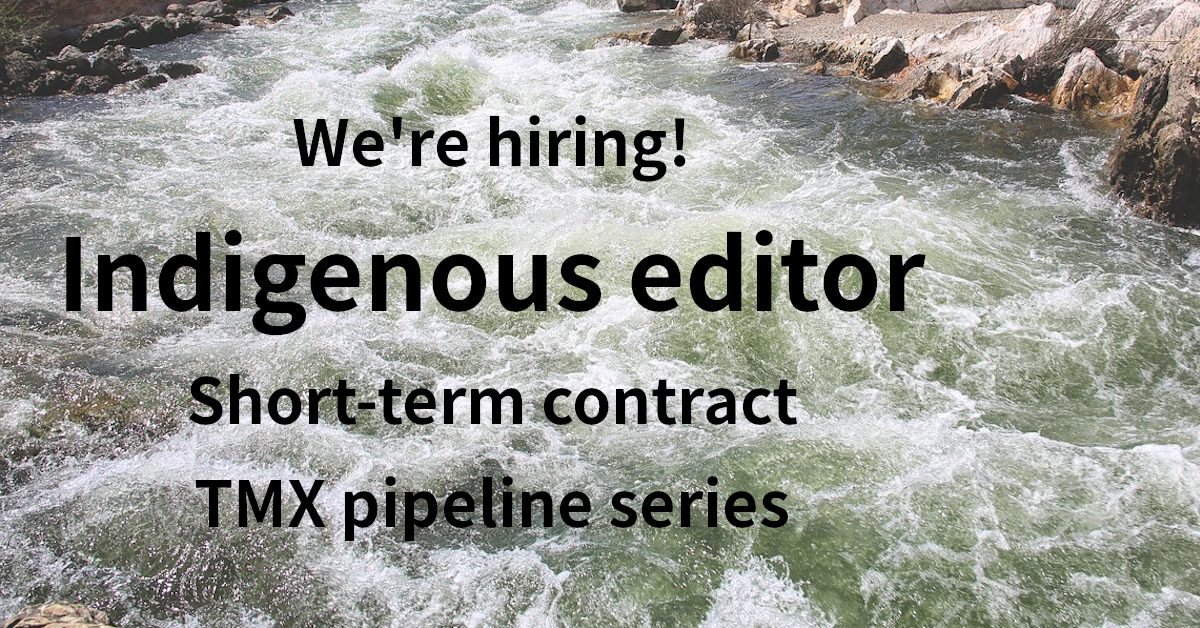 The Media Co-op (www.mediacoop.ca) is looking to hire an experienced Indigenous editor for a short-term project focused on the struggle against the Trans Mountain Expansion Pipeline (TMX).

We are looking for an Indigenous applicant who has experience as a writer, journalist, and/or editor, and who has some knowledge of Indigenous land defence and anti-pipeline struggles. The contract will be 10 hours per week at $20/hr for 5 weeks, for a total of $1000.

See the accompanying call for pitches for the TMX & Resistance series

Over the course of that time, we hope to solicit, edit, and publish approximately six in-depth articles (potentially including multi-media) on TMX and the struggle against it. Our volunteer editorial collective will also be actively involved in this process and in supporting the editor who is hired. One of our editorial collective members is Indigenous, lives along the pipeline route, and is highly knowledgeable about the subject.

The Media Co-op has been publishing grassroots journalism online in the Canadian context since 2006. For us, "grassroots" means that when we cover a topic, we start from the people directly affected by the policies or activities in question. This often means doing coverage of those resisting capitalist and colonial violence, including land defenders and activists. We prioritize struggles by Indigenous people, people targeted by policing and other forms of state violence, Black and other racialized people, queer and trans people, and workers.

To apply, please send a paragraph or two talking about your relevant experience and why you would be a good candidate, including links to past writing/editing work as appropriate, to info@mediacoop.ca. The deadline is June 21, 2021.