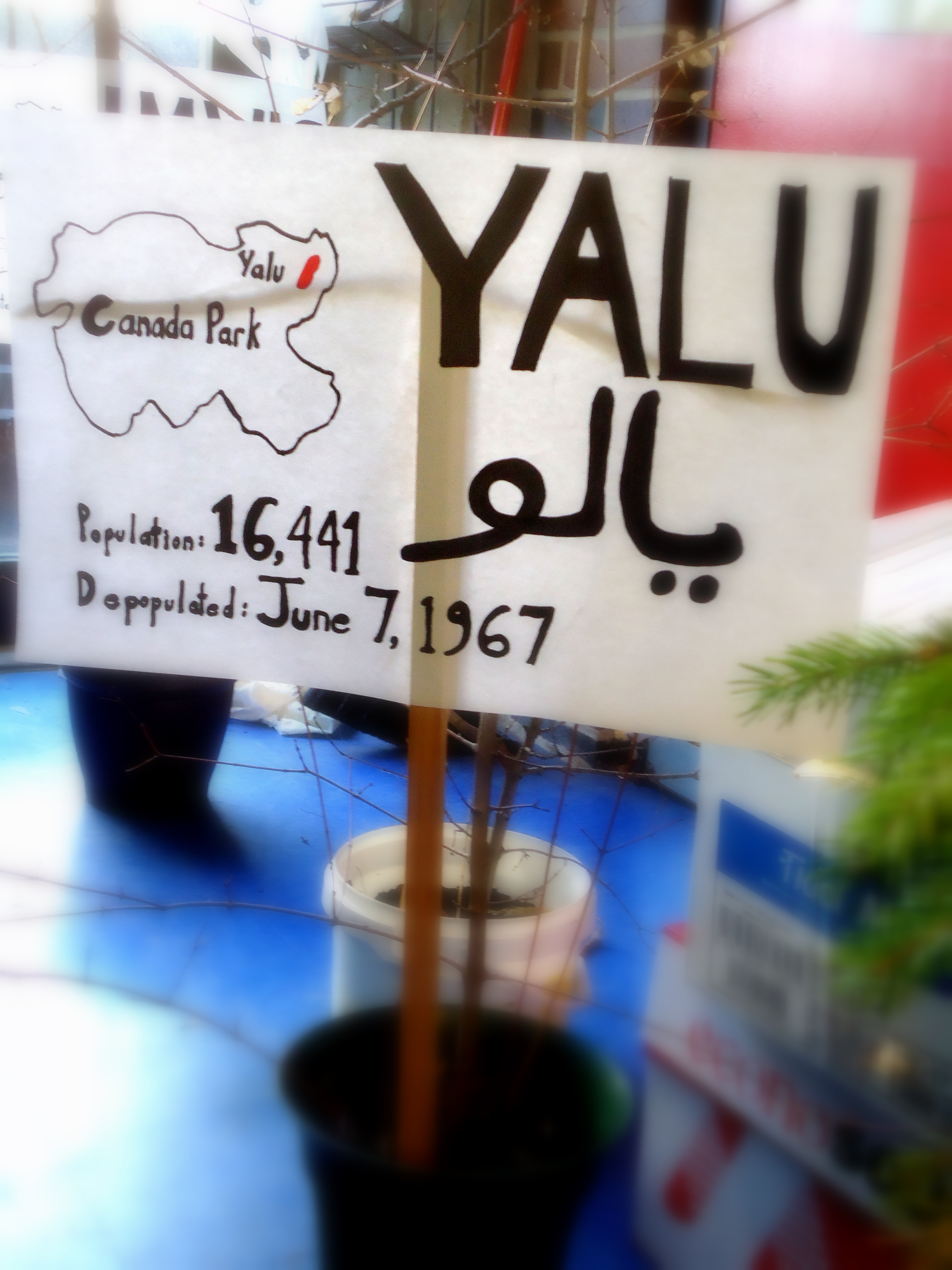 In the lead-up to the Jewish National Fund’s (JNF) fundraising gala in Ottawa, students rallied on Nov. 7 in opposition to Carleton University’s sponsorship of the annual event.

“We are here to protest our university’s proud support of the Jewish National Fund’s annual gala and to challenge President Runte’s position as honorary co-chair of this event,” Dax D’Orazio, spokesperson for Students Against Israeli Apartheid (SAIA), told the Media Co-op.

A flyer circulated before the event accused the JNF of being an “openly racist organization…complicit in ethnic cleansing, colonization and dispossession in Palestine since 1901.” The historic mandate of the JNF was to remove all Palestinians from their land.

Recently, Israel has engaged in a campaign of demolishing Bedouin villages and displacing the indigenous population in the Negev Desert region. The JNF has been accused of stationing bulldozers on the land under police protection in order to clear the land for tree planting and prevent the Bedouins from moving back into the area.

Carleton students and supporters gathered in the Unicentre Atrium for a boisterous rally and then proceeded to President Roseann Runte’s office, who will participate as an honorary co-chair of the fundraiser scheduled for Tuesday, Nov. 8.

“Our goals are very clear,” said D’Orazio. “We want Runte to step down as honorary co-chair. We want the institution to distance itself from the JNF, and more broadly we want the university and the administration to explain how and why this decision was made to throw their weight behind the JNF.”

The demonstrators were prevented from entering the President’s office as doors were locked and guarded by campus security.

Protestors left three dead trees outside President Runte’s office to symbolize the depopulation of three Palestinian villages – Dayr Ayyub, Yalu, and Imwas – which were cleared so that the JNF could build Canada Park.

A few minutes before the rally commenced, an email was sent from the President’s office to the Carleton community. The email stated that, “Carleton is a part of the Ottawa community and the JNF’s Negev dinner is an event that honours community builders and leaders and I am pleased that we have been invited to participate.”

In the weeks leading up to the fundraiser, SAIA helped collect and deliver upwards of 800 letters to the university administration and organized students, faculty, and alumni to flood the President’s office with hundreds of phone calls.

The university has faced intense pressure from an organized and momentous Boycott, Divestment, Sanctions (BDS) campaign demanding that Carleton divest from companies complicit in Israeli apartheid. After a disruptive rally this past spring, which effectively shut down a Board of Governors meeting at Carleton, the university administration threatened students with non-academic penalties if they participated in similar actions in the future.

In particular, students have called out President Runte on the claim that Carleton and its officials do not wish to “take sides”. In the 2008-2009 Israeli bombardment of the Gaza Strip, which killed over 1,400 Palestinians, students asked Runte to condemn the deliberate bombing of the Islamic University in Gaza. The university's response pleaded neutrality, “…if the president has a personal opinion, he or she should not use the position of president to give it expression and weight. By so doing, it could be implied that this position was one adopted by the institution as a whole.”

As a result of this statement and the university’s inaction surrounding the BDS campaign, students are accusing the President of outright hypocrisy for sponsoring and participating in the JNF event.

Threats from the administration have not deterred Carleton students and faculty from launching effective campaigns and holding large demonstrations on campus.

According to D’Orazio, these threats have “had the effect of bolstering more support on campus and even emboldening student activists.”

SAIA plans to organize another rally to confront the Board of Governors at their meeting at the end of November.