Asked whether Canada apologizes for backing the 2019 coup, Global Affairs dodges the question
by
Fernando Arce 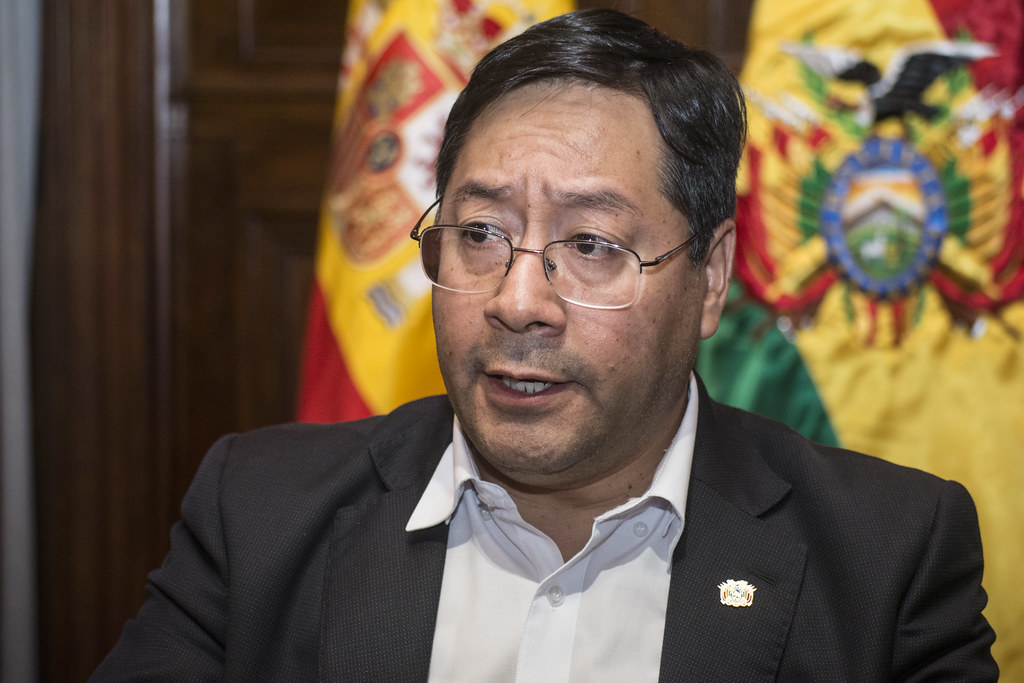 It took Global Affairs Canada two and half  days to acknowledge the landslide electoral victory of the Movimiento al Socialismo (MAS) Party in Bolivia. The election was won decisively on Sunday, October 18th with MAS party leader Luis "Lucho" Arce winning 55 percent of the presidential vote, with second place coming in at a distant 29 percent.

On Wednesday, October 21st, Minister Philippe Francois Champagne tweeted, “I congratulate @LuchoXBolivia for his election as President of Bolivia and commend the Bolivian people & authorities for a peaceful & inclusive election. Canada is looking forward to working with the new government of #Bolivia.”

Neither Global Affairs Canada nor the Prime Minister’s office had made a more official statement as Thursday,  October 22nd, four days after the election. When asked on Wednesday by the Media Co-op whether the government officially recognized the election result and whether Canada would apologize for backing the 2019 coup that removed MAS from power, a Global Affairs spokesperson took two days to respond, writing back today only that “Minister Champagne congratulated Bolivia on concluding a peaceful and inclusive election. Canada looks forward to working with Luis Arce and his government,” and including a link to Champagne’s tweet.

By contrast, in 2019, within hours Canadian officials were publicly celebrating the coup-installed government backed by the Bolivian military that ousted the MAS movement.

During the pandemic, Canadian officials have been quick to recognize recent elections. For example, Prime Minister Justin Trudeau called to congratulate New Zealand Prime Minister Jacinda Ardern the day after her re-election on October 17th, as per a press release.

“Maybe apologize for the coup which ousted  Evo Morales and put an unelected government into power in the first place,” wrote @Chaoslord1848.

“Hopefully you apologize for Canada/Freehand (sic) supporting the coup against them,” added @ArlMcginnis.

“What a lie,” tweeted @AuntieAlias1. “You’re going to join hands with the U.S. and try to destroy this government too. Stay away from Bolivia!”

Champagne’s brief message failed to underline the significance of the historic win, which also includes a legislative victory as 21 of the 36 senate seats have gone to MAS members.

Newly elected President Luis Arce was the former finance minister underEvo Morales, the country’s first Indigenous president, who governed from 2006 until the 2019 coup. Sunday’s victory then marks a return to a socialist agenda that had, under Morales, lifted millions out of poverty. MAS had also fiercely opposed imperialist powers and interests by nationalizing many of the country’s natural resources in order to fund social programs that have largely benefitted its poor and Indigenous populations, though there were issues along the way.

The MAS agenda came to a halt in 2019, when an electoral coup backed by the military and the Organization of American States (OAS) forced Morales to resign and seek exile in Argentina. At the time, in sharp contrast to Champagne’s lukewarm recognition of Arce this week, then-Foreign Affairs Minister Chrystia Freeland quickly took to social media to pledge Canada’s support for what many consider an illegal coup against a democratically elected government.

On November 10th, 2019, merely hours after Morales had been forced to resign to avoid military violence and repression, Freeland boasted having “supported financially” the OAS’ so-called electoral audit mission which led to the coup.

The OAS claims of election irregularities were quickly and uncritically accepted by mainstream media and many governments hostile to MAS, but then debunked by the Centre for Economic and Policy Research (CEPR). By June 2020, the New York Times and Washington Post admitted the OAS claims they originally reported as fact and which legitimized the coup were dubious at best.

Global Affairs Canada did not respond to questions regarding their support for the 2019 coup and whether they would apologize for supporting that coup in light of the debunked OAS claims and the new election results.

MAS won this election by an even larger margin than the 2019 election, showing once again that MAS has the overwhelming support of the Bolivian people.

The 2019 election wasn’t the first time Canada actively supported and financed a coup against democratically elected governments whose national interests don’t align with their own or who have taken power back over their natural resources, shutting foreign companies out of the market.

Earlier in 2019, then-Foreign Affairs Minister Freeland took only minutes before officially recognizing an unelected, unconstitutionally self-proclaimed interim president who challenged Venezuela’s socialist president Nicolas Maduro. As reported in a previous Media Co-op article, Canadian diplomats and their Latin American counterparts had been plotting for months on how to install Juan Guaido as president.

Canada also openly supported the government of Honduras, which came to power under a military backed coup in 2009 which pushed the democratically elected president Manuel Zelaya into exile. Canada played an orchestrating role in the 2004 coup in Haiti as well, which has plunged the country into chaos for the last 16 years.

With all this baggage, it is perhaps no surprise that Canada repeatedly ignored the Bolivian coup government’s postponement of elections over the last year, or that it remained silent “while the unelected Jeanine Anez regime ramped up repression and anti-Indigenous measures as well as drastically shifted the country’s foreign policy,” as renowned Canadian foreign policy watcher Yves Engler put it this week. At least 29 Bolivians died in protests following the 2019 coup in apparent targeting of MAS supporters.

Global Affairs Canada did not answer the Media Co-op specific questions regarding what steps will be taken to renew diplomatic relations with MAS leadership after having played such an active role in the ousting and exile of their former leader, and whether Canada supported the return of Evo Morales from exile to his home country.

Observers will need to keep a keen eye on the situation. Kawsachun News reported on October 21st that Bolivia's far-right Santa Cruz Committee, who played a lead role in the 2019 coup, was trying to interfere with the official vote count.

Bolivia is now on the path to reconstruction after a year of far-right neo-liberal policies, as it retakes the fierce and unwavering anti-imperialist and anti-capitalist path Morales spent 14 years forging. But right wing forces and their foreign backers like Canada aren’t going to just disappear.

Note: author Fernando Arce has no relation to Luis Arce.