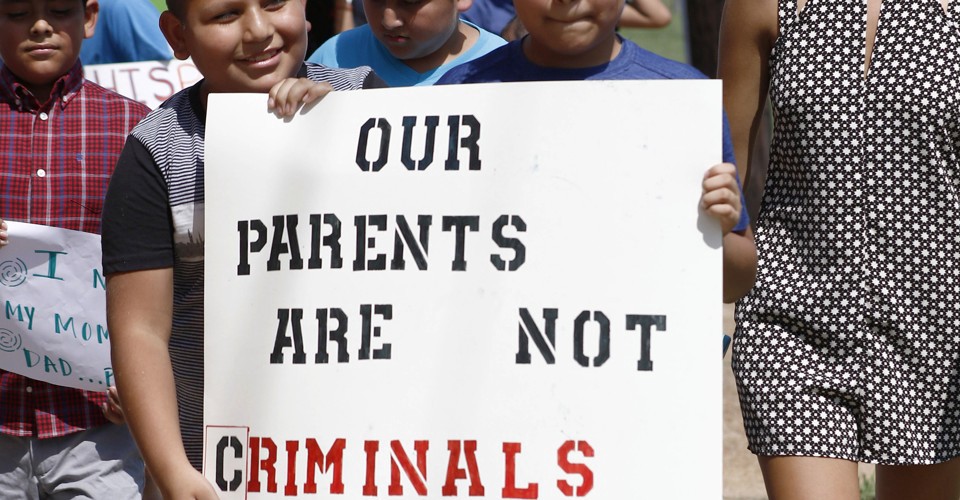 As expected, the show repeats the racist anti-immigrant fear mongering, straight out of Fox News, and Trump’s playbook. In fact, the first opening scene is Donald Trump, and the show features a montage of US Border Services, the much maligned ICE. In the United States, mass fear has been generated through disinformation and fake news about “anchor babies,” despite the fact that there is no direct citizenship provided to migrants with American (or Canadian born children). Now CBC is doing the same.

The show is wrought with inaccuracies and completely lacks context.

(1) The scale of the problem is negligible.

The show tells us that about 5,000 babies were born to non-residents across the country last year — an increase of nearly 15 per cent from the year before.

These numbers come from one analysis by Andrew Griffith, an Immigration Canada senior bureaucrat under conservative Prime Minister Stephen Harper. According to Mr Griffith, non-resident births increased by 13% (not 15%) between March 2018-March 2019, as compared to the previous year.

The first thing to know here is that non-residents according to Mr Griffith are all migrants — including international students, migrant workers, and refugee claimants. During that same one year, there were over 787,000 new temporary permits issued in Canada. Most of these people are not giving birth for the purposes of citizenship, but rather are in the country to work, study or for safety.

Not only are there more temporary residents, the length of time that people stay temporary is increasing, particularly for refugees. At the end of 2017, there were 43,250 pending claims. As of the last available data, currently there are 81,275 refugees awaiting a decision.

Thus, the number of birth tourists vis-a-vis temporary residents is likely to be tiny.

(2) Most ‘non-residents’ giving birth in Canada aren’t tourists — and the costs are astronomical.

Richmond Hospital asks for deposits for privately paid births: $10,000 for a vaginal birth and $16,000 for a caesarean. The Sunnybrook Health Sciences Centre in Toronto outright refuses those without health coverage. A single day in neo-natal care can cost temporary residents without health insurance, up to $10,000/day. Considering that according to Stats Can, 42.9% of non-permanent residents in Canada are low-wages, these high fees effectively deny basic reproductive medical care for the poorest in our communities, including undocumented residents, and temporary workers without health coverage. The CBC story does not mention this at all.

The startling story here is not “tourists” — but rather how many migrants and refugees have to pay for healthcare, and how many are being turned away.

(3) The issue is chronic underfunding, and privatization of healthcare.

According to the CBC, more than $18 million has been invoiced by Richmond Hospital for non-resident births since 2017. Doctors, in addition, are charging fees to non-permanent residents which are not accounted for.

But while the hospitals and doctors make money — they do not seem to be increasing staffing. The CBC frames this as ‘increased temporary resident births means increased pressure on services’ — rather than ‘increased profit by hospitals needs to be redirected to workers’.

Government action to redirect funding to ensure universal services is the answer. But the CBC, by focusing on immigrants, distracts from the real issue. This is a classic case of blaming migrants to disavow responsibility for austerity policies.

The CBC focuses on non-payment of healthcare bills by non-residents. This is incredibly dangerous. There are hundreds of cases, where poor migrants are unable to pay health bills and don’t access services till it is too late. I personally worked Rogerio Dsouza — he had colon cancer but didn’t get treatment, and died painfully, owing thousands of dollars in bill. There are so many more like him.

Most people who have been in Canada multiple generations received citizenship on arrival. In fact, in its initial years of settlement, Canada would pay migrants to come and live here. Today, rich investors can partner with Canadian firms, and get instant work permits, and extremely fast permanent residency through the Start Up Visa program. There is no single “queue” for citizenship, and rich people are always front of the line. Until recently, buying into a Saskatchwan mega mall was enough to get permanent residency.

International students, and temporary migrant workers are preyed upon by third party agencies. On average, they charge migrants two years of salary in home country terms to come work or study in Canada. This, like ‘birth tourism’ agencies are a part of a broader global recruiter chain that must be regulated through registration and licensing. Immigrant rights activists have proposed specific models as solutions. The CBC interviewed none of us.

There is negligible increase in non-residents births. “Birth tourism” as a concept dehumanizes migrants. It distracts us from chronic unfunding of public services by governments by blaming migrants. The show is setting up the taking away of even more services from low-waged migrants, and to create a debate around citizenship access where there doesn’t need to be one. The CBC is trumpeting racism.

Republished from Medium, with permission.