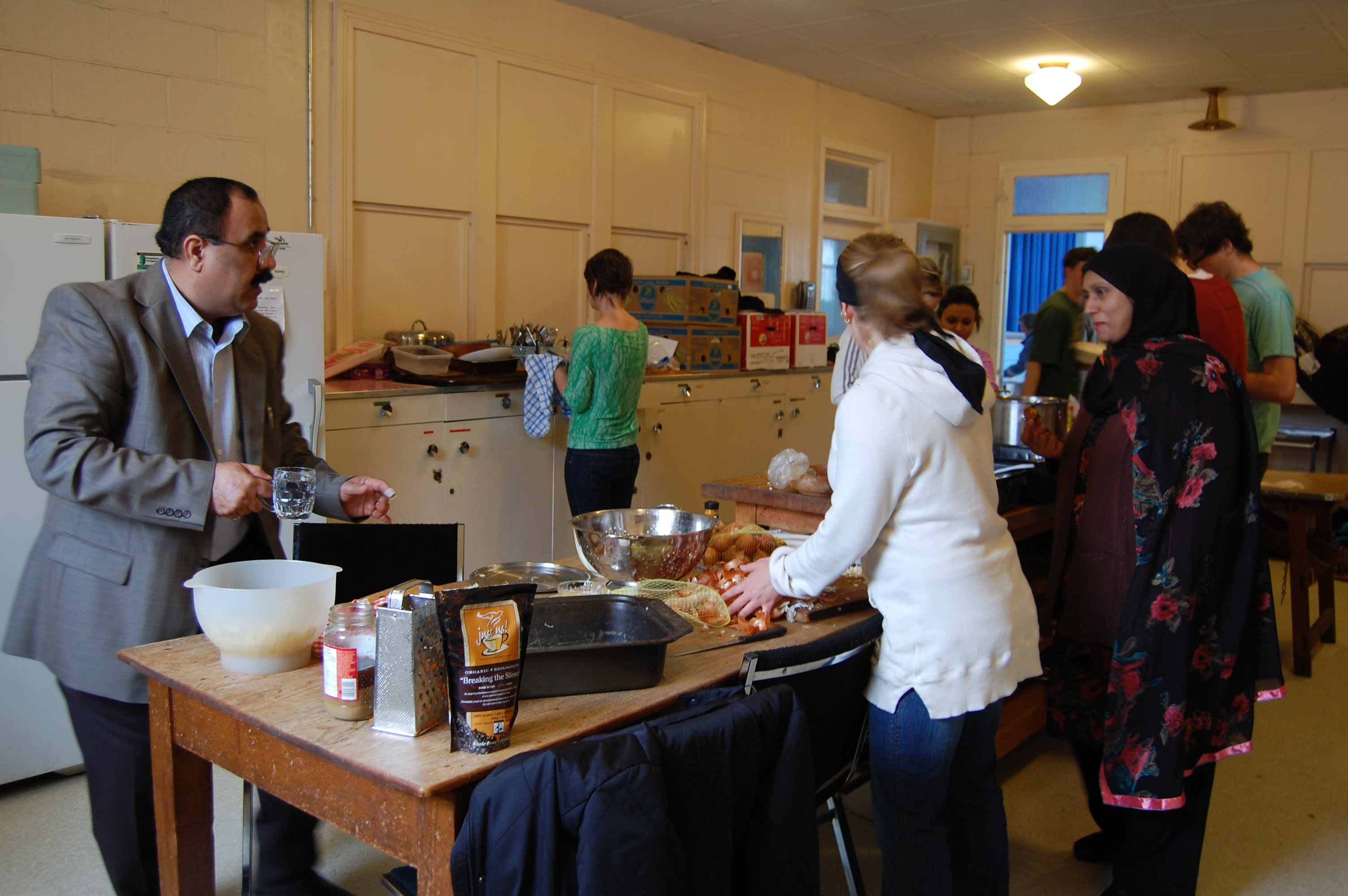 But now, says the Pakistani native and father of three (two born in Canada), “my children are happy. I am very happy. My children’s country is my country.”

The Chaudhry family is at St. Andrew’s Church Hall in Halifax with about 50 of their supporters, celebrating a positive decision on their application to stay in Canada on Humanitarian and Compassionate grounds (H&C).

Since 2006, the family had faced imminent deportation from Canada after its 2003 refugee claim was denied. Deportation was delayed once when Roouf Ahmad’s wife, Fakhira, was six months pregnant, and once more in 2010 when catastrophic flooding in Pakistan displaced millions, prompting the Canadian government to temporarily halt all removals of unsuccessful refugee claimants to that country.

In late 2010 it seemed that all was lost when Citizenship and Immigration Canada rejected the Chaudhrys’ original H&C application – but lawyers Lee Cohen and John O’Neill successfully convinced Federal Court of Appeal judge Bob Burns that the department had not sufficiently considered the effects deportation would have on the Chaudhrys’ youngest two children, both Canadian citizens.

On September 13th, the family received word that their H&C application had been reviewed again and accepted, meaning they are now eligible to apply for permanent residence in Canada.

Community support for the Chaudhrys played a huge role in the family’s 8-year ordeal, says Chaudhry Roouf Ahmad. Members of the local Muslim community as well as No One Is Illegal (NOII), a migrant justice advocacy group, collected letters of support for the H&C application, organized community events to draw attention to the family’s situation, and packed the courtroom with supporters during the family’s legal hearings.

By the time NOII became aware of the case in 2009, the family “already had two to three hundred support letters” from the Muslim community, says David Parker of NOII.

“They were very active in the community,” says Parker. “Everyone already knew about the case in that world before we knew them. I was always amazed at how much of a survivor Mr. Chaudhry is, always going out and delivering food to people…always doing unexpected nice things.”

“Some people have money to buy their way through this kind of stuff. The Chaudhrys never did,” adds Parker. “They’ve been struggling really hard.”

“We are very thankful for Halifax people, Nova Scotia people. They…actually stand [up] for Chaudhry,” said Adnan Faisal, a friend of the family.

Others at the celebration were less charitable in their opinions of the federal government, however.

The decision to accept of reject refugee claimants is “a political process,” says David Parker, noting that generally no details are released explaining results of H&C applications. “Not everyone has a fair shot at being accepted as a refugee. It’s not done by judges, it’s done by…people who work for the government.”

“The [governing] Conservatives have an agenda that’s reflected in how many people get through,” Parker said.

There are “thousands more [refugee claimants] across the country” who face similar obstacles to the Chaudhry family in their struggle to have their stories believed, says Sebastian Labelle, also of NOII. The Chaudhry case has served to “inform our community about the ways in which our immigration system operates and discriminates more broadly, and how this can have an effect in our own neighbourhoods,” says Labelle.

For his part, Chaudhry Roouf Ahmad now plans to open a halal restaurant, with a business partner who has been waiting 4 years for the immigration case to be settled.

When asked why he thinks his case turns out the way it did, Mr. Chaudhry shrugs.

“I believe in God,” he says. “God knows more than me my children’s future.”