On Canadian diplomatic complicity with the assassination of Qasem Soleimani

On Canadian diplomatic complicity with the assassination of Qasem Soleimani 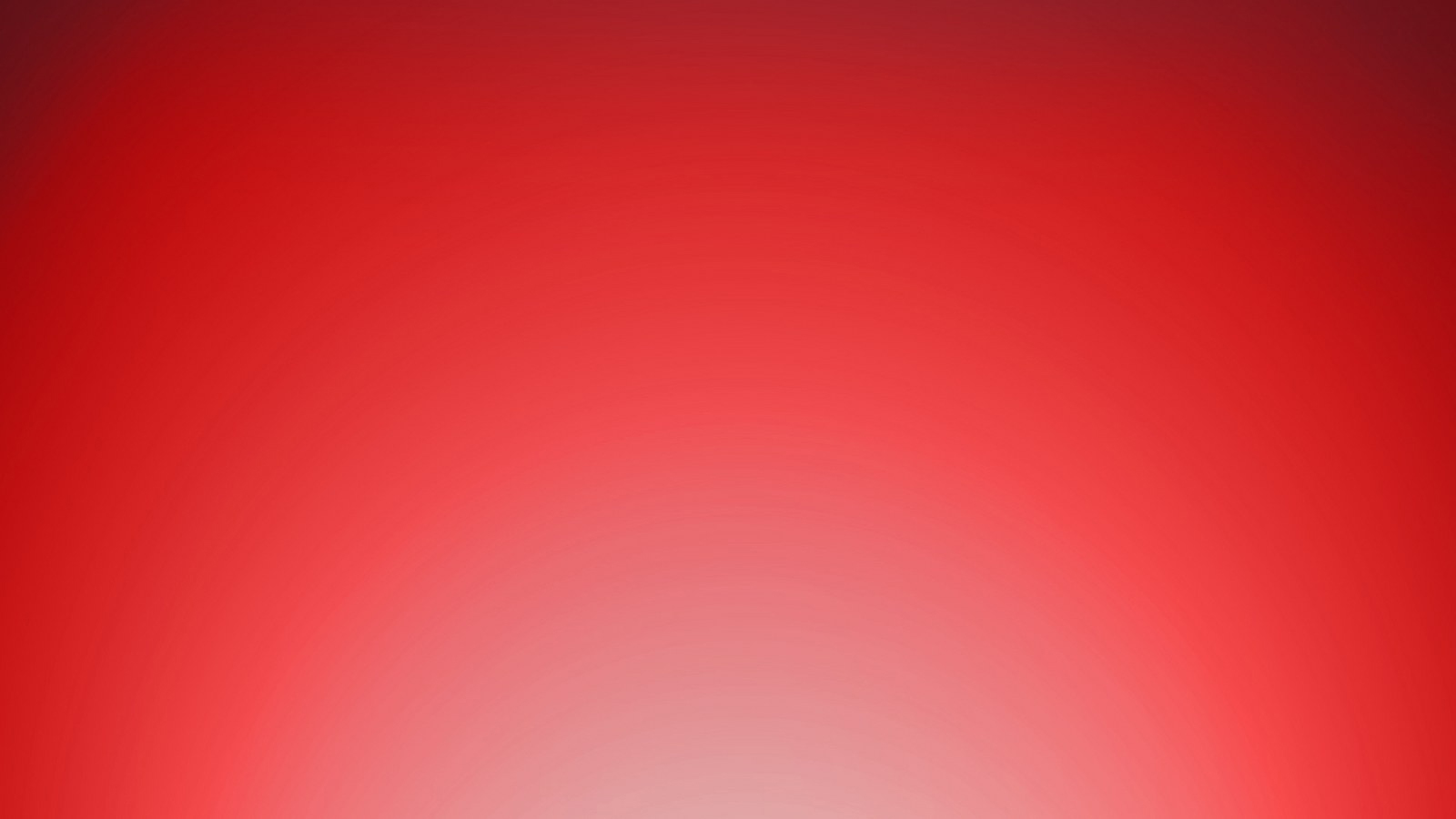 “We call on all sides to exercise restraint and pursue de-escalation. Our goal is and remains a united and stable Iraq,” outlines a Global Affairs Canada statement, quoting François-Philippe Champagne, the Minister of Foreign Affairs, as also saying, “Canada has long been concerned by the Islamic Revolutionary Guard Corps' Qods Force, led by Qasem Soleimani, whose aggressive actions have had a destabilizing effect in the region and beyond.”

Certainly the Canadian government press release fits into the political framework expressed by the Trump administration, who carried out the extrajudicial killing at the Baghdad International Airport.

Why is Canada’s Liberal government simply parroting U.S. talking points? This is not independent foreign policy. Canada’s Foreign Affairs Minister is repeating the rhetoric of Trump administration officials, like U.S. Secretary of State, Michael Pompeo, who is expressing support for and direct political links with President Trump’s decision to carry out the extrajudicial killing of Soleimani.

Yesterday, The New Yorker magazine published an interview with Vali Nasr, a professor at Johns Hopkins University School of Advanced International Studies and a senior adviser to the State Department during the Obama Administration, that outlines clearly some of the influence of Soleimani politically and some of the context in relation to internal Iranian political structures. Additionally this feature article, also in The New Yorker, gives some background context on Soleimani.

Within these texts and beyond we clearly see the reasons why Canada’s official response to the Trump administration’s assassination of Soleimani can’t simply be a quarter page press release repeating the talking points of U.S. officials.

Canada’s selective expression of righteous indignation, in regards to human rights and international law, under the Trudeau government, is not limited to Iran, or the Middle East region. Under the Liberals we see a policy approach of hypocrisy, clearly outlined in this CBC opinion article, in regards to human rights, that also reaches across Latin America. For example, until now, the Canadian government has largely been reserved in criticizing systemic human rights abuses against indigenous people in Bolivia, documented by Human Rights Watch, that have taken place since the U.S. supported “transitional” government seized in La Paz, after the ouster of Bolivia’s first indigenous president Evo Morales in October.

On Iraq, in this very brief official statement yesterday, Canada works to normalizes an extrajudicial assassination by the U.S. military under Trump, as the air strike is a clear violation of Iraq sovereignty and of international law. Amnesty International writes clearly on this type of killing, “extrajudicial executions are not only acts of extreme cruelty, violating the laws of the countries where they are perpetrated; they also violate international standards on human rights.”

In 2018, at the United Nations Nelson Mandela Peace Summit, Prime Minister Justin Trudeau stated that “Canada will always stand tall for democracy, the rule of law and human rights at home and abroad.” On Iran, the Liberal government illustrates, that in regards to the extrajudicial assassination of Soleimani’s in Baghdad yesterday, that “standing tall” for the rule of law, as Trudeau described it, is only selectively and hypocritically applied by the Liberal government.

Presidential candidate Bernie Sanders spoke out clearly against the air strike on Iraq. A statement that contrasts in extreme ways to Canadian politicians, including the NDP, who have failed until now to say anything meaningful on the assassination of Soleimani.

Vermont Senator Sanders stated on Friday, that Soleimani’s assassination “is a dangerous escalation that brings us closer to another disastrous war in the Middle East, which could cost countless lives, and trillions more dollars and lead to even more death, more conflict, more displacement in that already highly volatile region of the world.”

In this meaningful statement by Sanders, there is a link made between Soleimani’s assassination in 2020 and the 2002 / 2003 lead-up to the U.S. invasion of Iraq, this is an important connection.

Sanders stated, “it gives me no pleasure to tell you that at this moment we face a similar crossroads, fraught with danger. Once again we must worry about unintended consequences and the impact of unilateral decision making,” stated Sanders, who went on to point to the impacts of U.S. wars on working people, in saying, “I know that it is rarely the children of the billionaire class who face the agony of reckless foreign policy, it is the children of working families.”

Importantly, Sanders links the current Trump administration to the military actions of past Republican administration under George W. Bush, in outlining that “unfortunately Trump ignored the advice of his own security officials and listened to right wing extremists, some of whom were exactly the same people who got us into the war on Iraq in the first place. As we all remember Trump promised to end endless wars, tragically his actions now put us on the path to another war, potentially one that could be even worse than before.”

This statement by Sanders, that links the U.S. assassination of Soleimani with the 2003 U.S. invasion of Iraq, is important for Canadian politics for many reasons, first, because a fully fledged U.S. war with Iran would deeply impact the entire planet, including Canada, but also because of the political narrative on Canada’s decision to not join fully the 2003 U.S. invasion of Iraq has played in Canadian political identity over the last fifteen years.

In contrast to Canada’s decision, under Prime Minister Jean Chrétien, to not fully support the U.S. invasion of Iraq in 2003, today, the Canadian government is silent, with no serious response to a series of military offensive actions by U.S. military power in the Middle East, which could all lead toward a serious military conflict between nation states, a war that most certainly wouldn’t be isolated to one particular country, due to the complex array of political power alliances across regional borders, for both Iran and the U.S.

In referencing the 2003 U.S. invasion of Iraq, let us also remember that the decision taken by the then Liberal government under Prime Minister Chrétien, to not fully join the U.S. invasion of Iraq, took place within the context of some of the largest anti-war demonstrations in the history of Montreal, with hundreds-of-thousands of people taking the streets in the winter of 2003 in Montreal on multiple occasions, with significant protests in other cities as well, including Toronto and Vancouver.

Today, the Trudeau administration consistently claims to support international institutions, the rule of international laws, the United Nations, but this open political complicity with the Trump administration on the assassination of Soleimani, shows that the Liberals simply aren’t stand up when it really matters, such as this critical turning point in the Middle East region.

The importance of speaking out politically and diplomatically against the assassination of Soleimani today is firmly rooted in protesting military policy that could lead to all out war, but also, critically, opposing the killing of Soleimani is also important as a protest against the continued normalization of U.S. extrajudicial assassinations around the world. U.S. drone strikes work in fundamental ways to undercut international law and the possibilities for a global “rules based” judicial framework, of interconnected legal accountability across borderlines, a framework that ironically the Trudeau government has spoken of generally supporting at the United Nations and beyond, as articulated many times by Liberal Minister Chrystia Freeland.

The lack of meaningful Canadian government response to the assassination of Soleimani, simply illustrates the profound hypocrisy of the Liberal government, documented extensively in the recent book The Trudeau Formula by journalist Martin Lukacs.

In failing to identify the U.S. airstrike on Iraq and the killing of Soleimani as a breach of international law, Canada supports, by default, the Trump administration’s efforts to break international law and any possibility for preventing conflict with international regulation, paving the way for future war crimes and acts of genocide to take place with impunity.

A wake up call for anti-war activists in Canada

Importantly the air strike in Baghdad also serves as a wake-up alarm for activists around the world, as this points to a serious escalation toward a major global military conflict involving the U.S., Iran and many other powers.

In Montreal, the major anti-war mobilization in 2003 that targeted the Canadian government, demanding that Canada to not officially support the U.S. unilateral military invasion of Iraq, successfully blocked the Canadian government’s moves to engage in a major way with the U.S. war on Iraq. Although it is important to note clearly that some selective Canadian military units were on the ground in Iraq and Canadian arms companies and manufactures certainly did profit off the Iraq war, including SNC-Lavalin, all well documented by The Coalition to Oppose the Arms Trade in Ottawa.

In the face of Soleimani’s killing, let us speak out against Canada’s official silence on this assassination and protest any complicity of the Canadian Liberal government in supporting the current Trump administration’s moves toward full-on military conflict with Iran and beyond.

Protests played a major role in ensuring Canada didn’t join the U.S. invasion in 2003 and activism can again play a role in blocking Canadian complicity in war policies by the Trump administration in 2019.

Stefan Christoff is a musician, community organizer and media maker in Montreal, you can find Stefan @spirodon